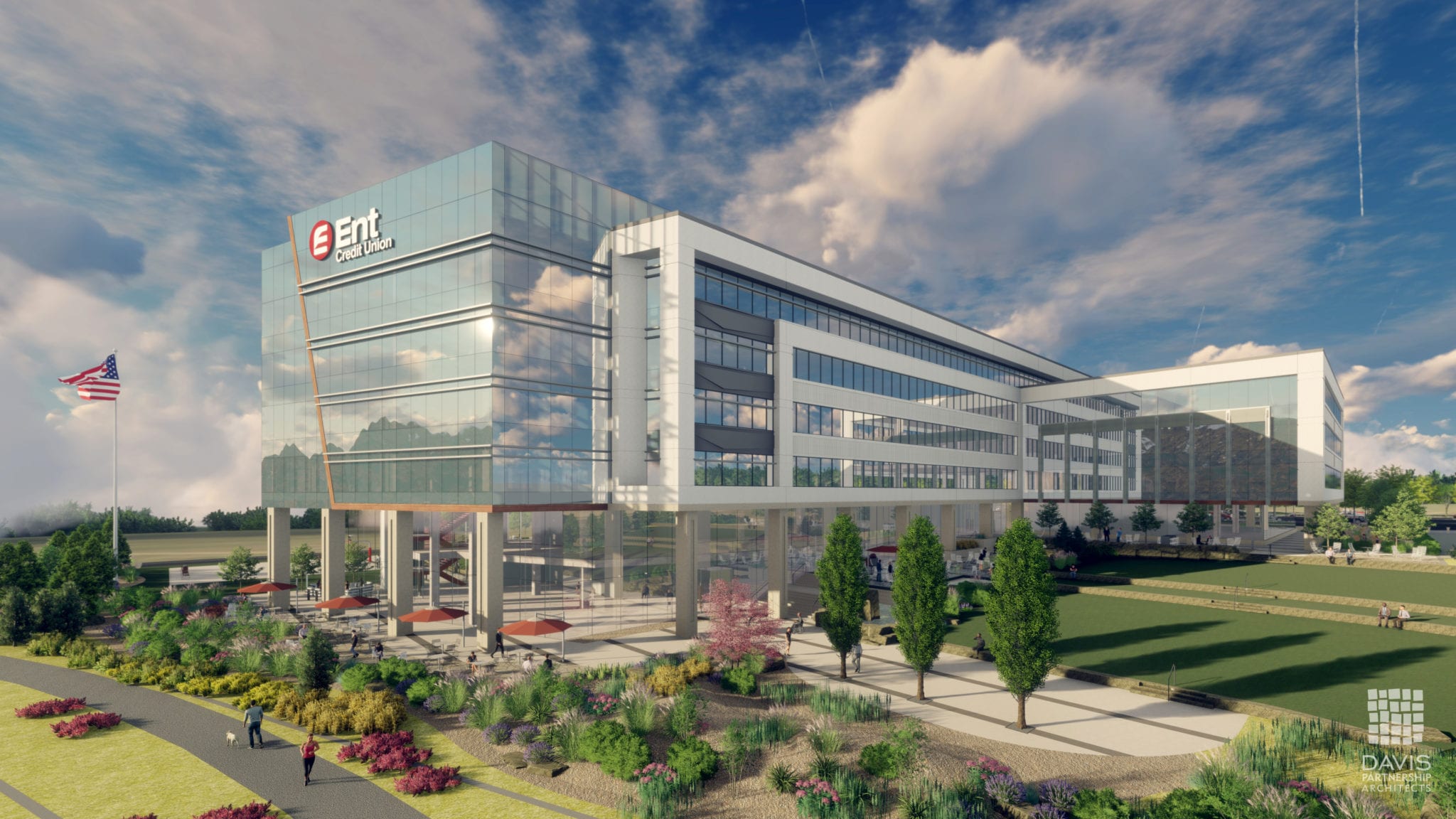 Ent Credit Union will break ground Oct. 23 on its new 330,000-sf, seven-story facility near InterQuest Parkway and Interstate 25 at The Campus at Foothills Farm – nearly tripling the size of its current space.

Colorado’s largest credit union is set to start construction this month on its new headquarters campus, which could reach more than a half million square feet at build- out.

Ent Credit Union will break ground Oct. 23 on its new 330,000-sf, seven-story facility near InterQuest Parkway and Interstate 25 at The Campus at Foothills Farm – nearly tripling the size of its current space.

It recently purchased the 29-acre parcel from LaPlata Communities Inc., where its headquarters will house the firm’s call center, consumer and mortgage lending, information technology, finance and accounting, human resources, member services, and administration and executive teams, for example.

“The northern portion of Colorado Springs is ground zero for these types of corporate users in the city,” explained Randy Dowis of NAI Highland, who represented Ent with Craig Anderson of NAI Highland.

Additionally, the concentration of business parks in the northern part of the city benefits from a strong employment base, shopping, hotels, mid- and high-end housing and proximity to I-25, said Dowis.

Shea Properties of Denver is the development manager of the project, slated for completion in third-quarter 2021. GE Johnson Construction Co. is the contractor. Core and shell architect is Davis Partnership Architects with Acquilano as the interior design architect.

Currently Ent owns and leases space for its back-office operations at its current headquarters, spanning three buildings at I-25 and Woodmen Road.

“Although we have more than 30 service centers located along the Front Range, Colorado Springs has been the home of Ent’s headquarters for more than 60 years,” Ent CEO Chad Graves said in a release announcing the expansion. “Maintaining our credit union’s headquarters in Colorado Springs is an investment in the long-term economic health and vitality of the city that we’re proud to call home.”