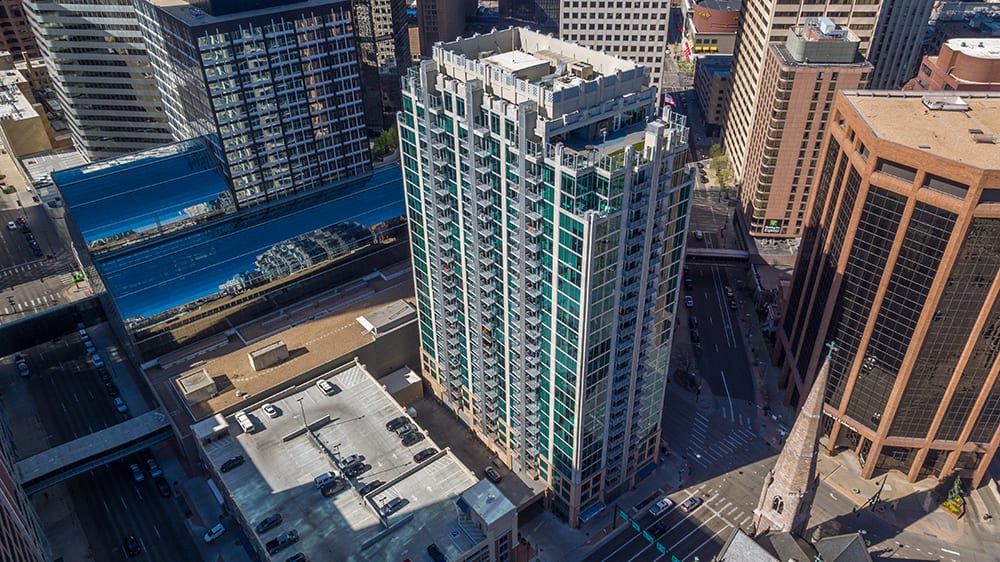 Equity Residential has reentered the Denver market in a big way.

The real estate investment trust, which specializes in the acquisition, development and management of apartment properties, acquired the Alexan Uptown and Skyhouse Denver properties for a reported $274.72 million in its first two acquisitions in the Denver market since exiting it in January 2016.

Equity Residential paid a reported $134.97 million for Alexan Uptown and $139.75 million, a price which included 6,650 square feet of retail space, for Skyhouse Denver.

According to public records, Trammell Crow Residential sold the community, which it developed.

“The offering attracted significant buyer interest due to its prime location in the core, walkable, highly amenitized Uptown neighborhood of downtown Denver,” said Jordan Robbins of Holliday Fenoglio Fowler LP. “TCR did an excellent job in the development of the building, and we are pleased to have worked with Equity Residential on their re-entry into the market.”

Alexan Uptown, renamed Radius Uptown, according to Equity Residential’s website, features a location within walking distance to numerous restaurants, bars and entertainment destinations and is adjacent to employers within Denver’s central business district. Uptown also is a transitoriented development, steps from bus and light-rail service.

Equity followed up the Uptown purchase with the acquisition of Skyhouse Denver, a 354-unit community at 1776 Broadway. Simpson Housing and partner Novare Group sold Skyhouse Denver, which was completed in 2017 and was stabilized when closed.

JLL’s Pamela Koster, Mike Grippi and David Martin marketed the 25-story community – a concept Novare has built in other markets across the county, primarily the southeast and the first in the Denver metro area.

The concept, Koster explained, offers smaller than average unit sizes for studio, one- and two-bedroom units, around 788 sf; however, they are offered at a lower absolute rent compared to Lower Downtown, for example, while the building features a unique amenity package, most of which are located on the 25th floor, including a rooftop fitness center, lounge, pool, barbecue grills and “sensational” views.

“It’s interesting to still see a strong composition of buyers looking at core product in Denver today,” said Koster, noting that other REITs were bidding on the asset – a first in a long time for the market – as well as buyers ranging from insurance companies to leveraged buyers to an Airbnb concept. “Cap rates are getting aggressive here on core deals at easily sub-5 rates on core CBD product, but it still compares favorably to California at a 4 percent rate.

“It’s a better cost of capital here,” she continued. “People still like the growth story; people really believe that we have a housing issue since there is no entry-level housing despite the number of units coming on downtown. I think investors accept that we need these kinds of units. All indicators are that we still need rental housing.”