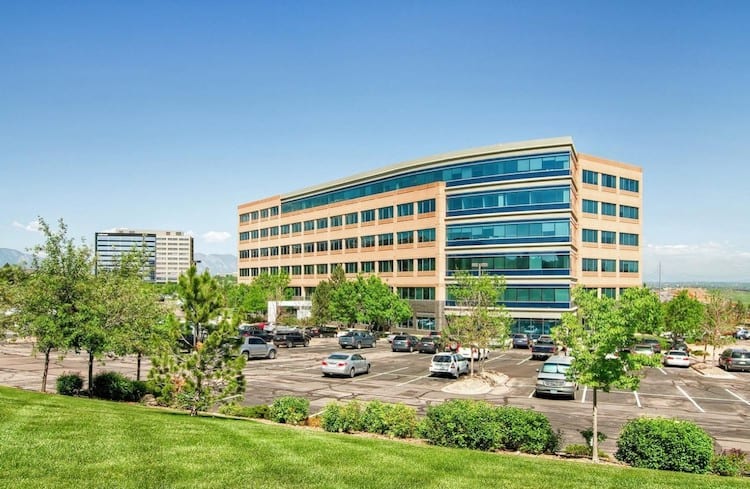 The Class A building at 370 Interlocken Blvd. was 94 percent leased at the time of the sale.

A fund managed by Equus Capital Partners paid $29 million for a Class A office building in Interlocken Advanced Technology Environment in Broomfield.

“Denver is a target market for our investment platform, and this asset in particular is a high-quality, Class A building in the northwest corridor which sits in the best-performing business park within that corridor,” said Brant Glomb, Equus Capital Partners vice president of acquisitions.

Interlocken, with a vacancy rate of around 5 percent for Class A office space, has some of the lowest vacancy along the northwest corridor and in the Denver metro area. It also garners some of the highest rents, he noted.

“We like the dynamic nature of the corridor,” Glomb added, citing its connectivity to downtown Denver and equidistance between downtown and Boulder.

The six-story building was 94 percent leased to approximately a dozen tenants, including Stantec, CliftonLarsonAllen, New York Life Insurance Co., Nexia and others.

Rialto Capital Management bought 370 Interlocken for $18.65 million in 2016, when Stantec was in the process of acquiring anchor tenant MWH Global. That lease was extended, and Rialto also signed a number of other new leases.

Rialto also completed a major renovation of the asset.

“They invested significantly into the repositioning of the building by putting in amenities such as bike storage, a conference center, tenant lounge and fitness center,” said Glomb. Rialto Capital also renovated and upgraded the common area corridors, restrooms and lobby.

Equus Capital Partners, which owned apartment properties throughout the Denver metro area in the past, hopes to build upon the acquisition of 370 Interlocken with additional office, as well as industrial and multifamily, properties, in the market, Glomb said.