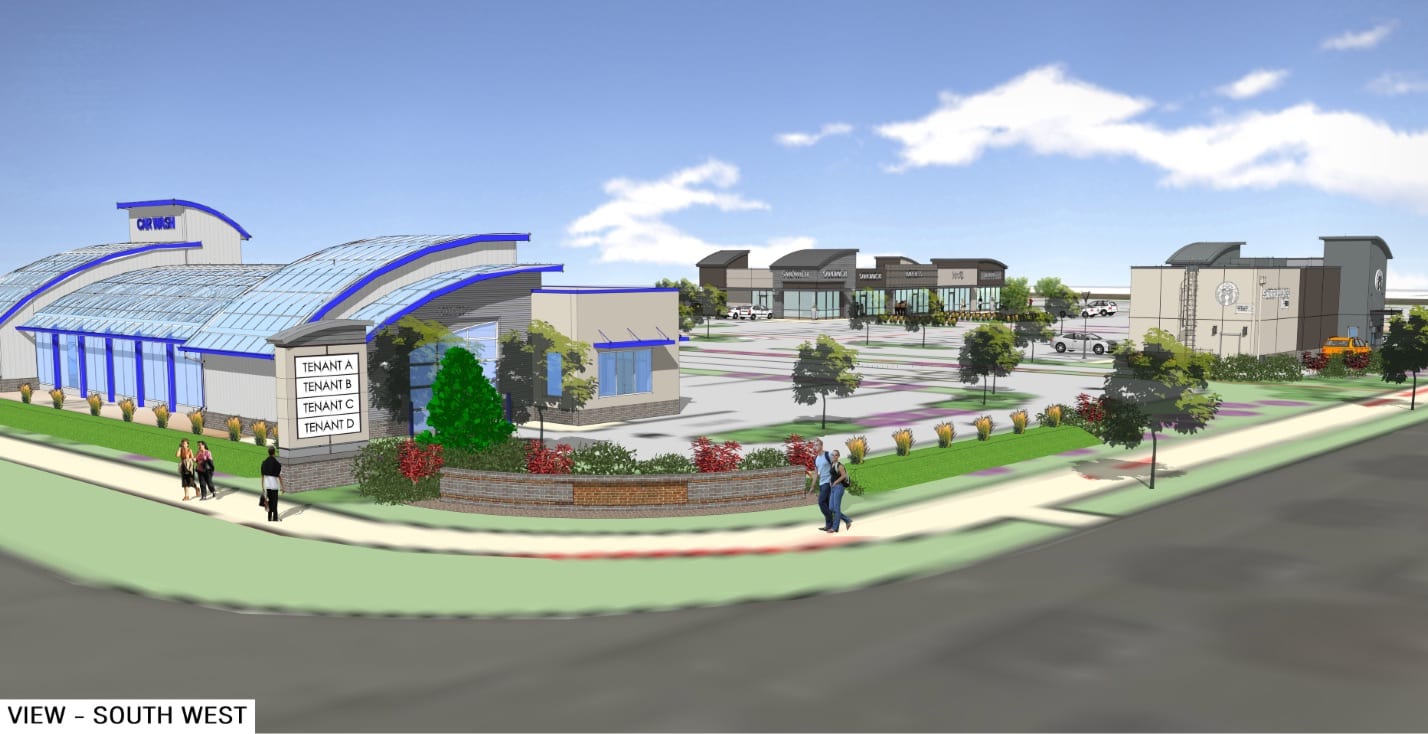 Evergreen Devco Inc. is set to start work next month on Dry Creek Commons, a Thornton retail development – adding to the “significant” development activity occurring in the city.

The retail and multifamily development company with headquarters in Denver and Phoenix purchased 5.86 acres of land late last year for $1.76 million from Big Dry Creek Investors LLC at the northeast corner of 144th Avenue and Washington Street.

“Evergreen is excited to add to the significant commercial growth of north Thornton and its surrounding communities,” said Tyler Carlson, managing principal of Evergreen. “Evergreen’s retail and restaurant development at Dry Creek Commons will complement the extraordinary development activity in this area, including Cabela’s, Amazon, Simon Premium Outlets and TopGolf.”

The traditional neighborhood retail center will feature six to seven buildings, added Carlson, noting deals are in the works with 7-Eleven, Starbucks, Popeyes and Living Water Express Car Wash, as well as additional end users, including a medical/dental user and additional restaurants. The medical building could be multitenant in nature but has yet to finalized. An overall project size hasn’t been determined.

Located adjacent to the Stargate Charter School Campus and across from the 50,000-square-foot Summit Thornton entertainment center, the project has been well received, said Carlson, noting that initial concerns by parents of students at the school were mitigated after multiple meetings.

As part of the project, Evergreen also is working with Stargate to add a traffic signal on 144th, which will add a third access point to the school and really improve its traffic circulation, he added.

Infrastructure work will start in May with Evergreen planning to deliver sites for end users in late summer or early fall.

Bryan Slaughter of SullivanHayes is marketing the project. SullivanHayes also handled the acquisition of the land for Dry Creek Commons.