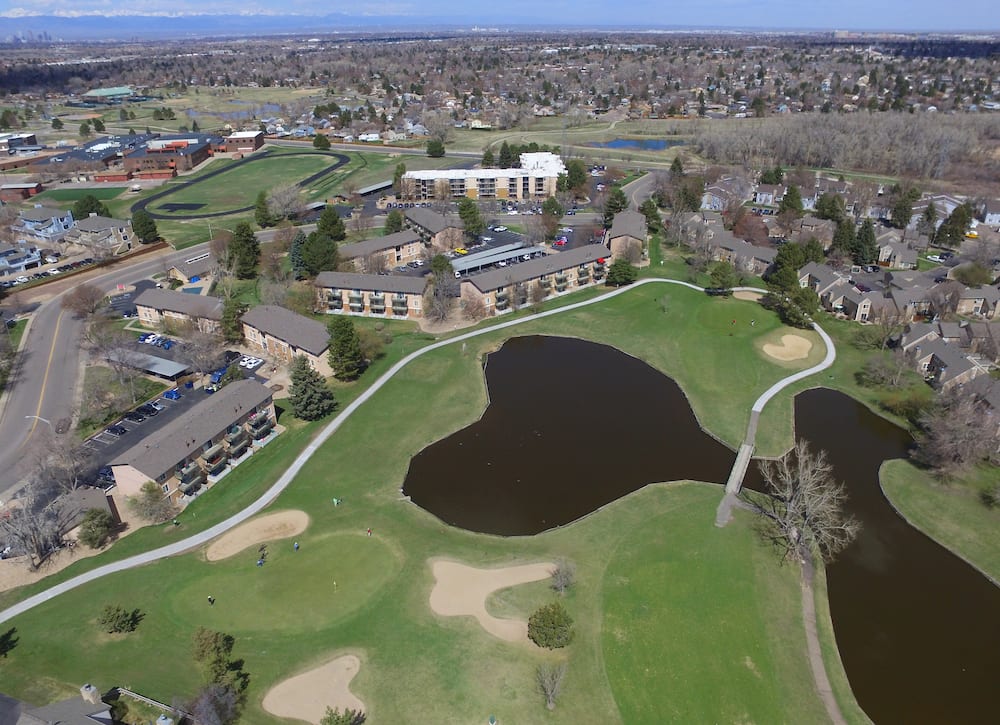 Evergreen is anticipated to make further unit renovations – last updated in the 1990s – as well as clubhouse renovations.

It was sold by Kevlyn Investments Inc.

“It’s just an amazing location,” John Blackshire of Transwestern said of the community, situated next to the Golf Club at Heather Ridge, Jewell Wetlands Park, Overland High School and Prairie Middle School. “There were a lot of competitive offers.”

Blackshire and Tom Wanberg of Transwestern represented the seller of the 1970s community, which features a mix of one- and two-bedroom units ranging from 665 to 1,090 square feet in three- and four-story buildings as well as two swimming pools. Some units include fireplaces and ceiling fans; the four-story building is served by an elevator.

The seller had taken care of a “significant” amount of deferred maintenance, including a new roof and parking lot improvements, at the property, bringing Turnberry from a Class C property to a Class B-, according to Blackshire. It also updated some of the units along the golf course, allowing for sizeable rent increases.

Evergreen is anticipated to make further unit renovations – last updated in the 1990s – as well as clubhouse renovations.

There was a lot of interest in the asset due to its upside as well as its location within the Cherry Creek School District, noted Blackshire. Turnberry also is within walking distance to Utah Park, nearby light rail, and retail and commercial amenities.

Echelon Property Group will manage the community, which last sold for $15.1 million in 2008.