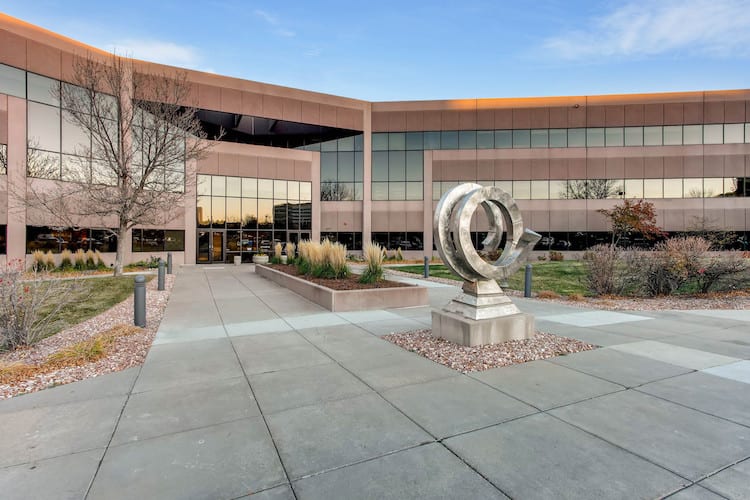 “We are excited about these new acquisitions, which are well-located relative to the new locus of executive and workforce housing in the southeast corridor, and we look forward to the opportunity to lease near-term rollover in a strong market,” said David Messing, Graham Street Realty co-managing principal.

Pyramid Pointe, built in 1995, is a three-story building that was 98 percent leased at the time of the sale. State Farm has a lease for 1 ½ floors that runs through the end of 2018; however, it is vacating the space.

“These types of buildings that have some contractual income still in place yet a value-add component to them are quite intriguing in the marketplace,” Hashimoto said.

The building has a conference room and fitness center. Suites range from 1,000 to 40,000 sf. GSR plans “incremental” upgrades to the property. 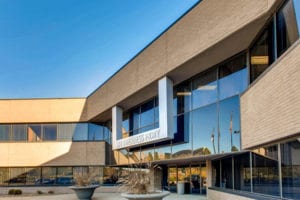 The building at 384 Inverness is leased to around 20 tenants.

The building at 384 Inverness, built in 1985, offers smaller-format office space and a two-story atrium lobby. It has about 20 tenants, and occupancy was 96.4 percent at the time of closing.

Both buildings have access to retail, light-rail stations and recreational amenities.

“We had owned those properties with our partner for several years, the fund was winding down and we felt that those properties were ripe for sale,” said John Fefley, Westcore senior director in Denver. “But it was not without bittersweet feelings because the Westcore team had worked on those properties since 2001, going all the way back to the previous ownership of Mack-Cali,” he said.

Fefley said Westcore was pleased with the price of the transaction as well as the buyer. The company continues to look for office and industrial acquisition opportunities in the Denver metro area and along the Front Range.

Hashimoto said Pyramid Pointe and 384 Inverness were offered as a portfolio along with a couple of other buildings the ownership was looking to sell, “So, we had single building offers and portfolio-type offers. These were the two that made the most sense to transact together,” he said.

Both private and institutional capital looked at the offering.

Pyramid Pointe and 384 Inverness were the second set of assets Graham Street Realty purchased in the Denver metro area in the past 12 months. It bought Aurora Corporate Plaza, a three-building property, and Corporate 25 in Centennial in a combined $34 million transaction in late 2016.