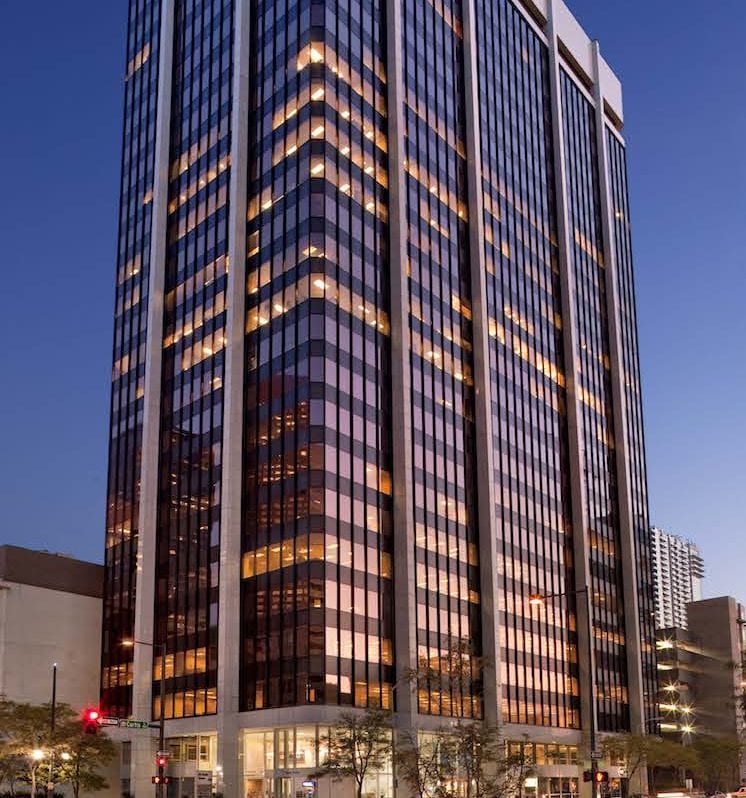 The U.S. Bank Tower is located at the corner of 17th and Curtis streets. (Photo by Jim Havey)

Hines acquired the U.S. Bank Tower in downtown Denver on behalf of a South Korean investor. The recorded price was $194.23 million.

Ivanhoé Cambridge,, which owned the 26-story office tower in partnership with the State of Wisconsin Investment Board, sold the property to an affiliate of Samsung SRA Asset Management, records show. Located at 950 17thSt., the granite-clad building features a marble and granite plaza and attached parking garage. It was built in 1974 and renovated in 2008.

CBRE’s Capital Markets Institutional Properties team of Mike Winn, Tim Richey, Charley Will, Chad Flynn and Jenny Knowlton had the listing to sell the 531,608-square-foot building. Neither they nor Hines would comment on the transaction.

The U.S. Bank Tower is a LEED Gold property that was approximately 88 percent occupied. Nearly half of the leases will roll over the next four years, providing the opportunity to increase rents through strategic repositioning and renovation, CBRE said in its listing materials.

The building features 9-foot ceilings and 20,000-sf floor plates, along with city and mountain views.