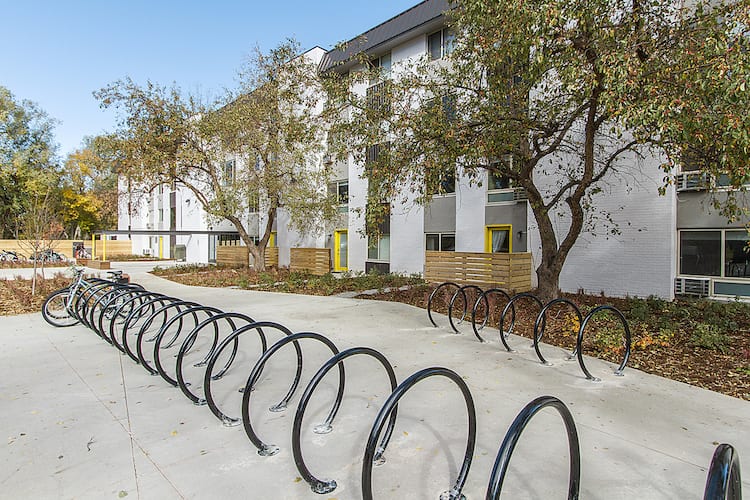 Element Properties invested approximately $3.5 million in repositioning 2121 Canyon, according to its website.

Clarion Partners, through separate entities, bought 2121 Canyon, a 60-unit community, and 2000 Walnut, which comprises 32 units, for $17.18 million and $10.48 million, respectively, according to public records. Affiliates of Boulder-based Element Properties, which repositioned the buildings, were the sellers.

“It was hard to let go of these two buildings. We had spent a lot time and care modernizing them for a new generation of residents in downtown Boulder,” said Scott Holton, Element Properties co-founder and principal. “We love the neighborhood and residents, but from a financial perspective it was the right time to let someone else own them into the future.”

Newmark Knight Frank Multifamily, which handled the transaction, didn’t disclose the buyer but did acknowledge it was an institutional group. That’s unusual given the small number of units involved.

“We had institutional interest on 92 units. That’s a very rare thing. That is a pure reflection on how the world views Boulder and how difficult it is to enter the market there,” said Andy Hellman, NKF Multifamily senior managing director.

All other prospective buyers represented private capital, according to Hellman, who brokered the transaction with NKF Multifamily’s Justin Hunt and Transaction Manager Katie Hufnagel.

The sale of 2121 Canyon involved a loan assumption, while 2000 Walnut was a cash deal.

“We had tremendous action on it given the complexity with the loan assumption,” said Hellman. “Element Properties did, as they always do, a phenomenal job on their repositioning and renovation. It was super thoughtful in and out, and I would say that reflected positively on the audience looking at the assets.”

The 2121 Canyon and 2000 Walnut apartments are located diagonally from one another, adjacent to Emma Gomez Martinez Park, in the South Whittier neighborhood. They’re just over a half-mile from downtown Boulder and the Pearl Street Mall.

“From a walkability standpoint, it’s hard to beat,” Hellman said of 2121 Canyon, which was built in 1968, and has open floor plans with designer kitchens and bathrooms, oversized windows with Flatirons views, along with an updated tenant lounge, storage lockers, a business center, swimming pool, bike storage, and a dog wash and dog park. The apartments sold for $291,667 per unit.

The Walnut Street property, built in 1972, also has high-end finishes, including hardwood floors, and enhanced outdoor spaces that include picnic tables, a grilling patio and fully irrigated garden beds. It sold for $327,406 per unit.