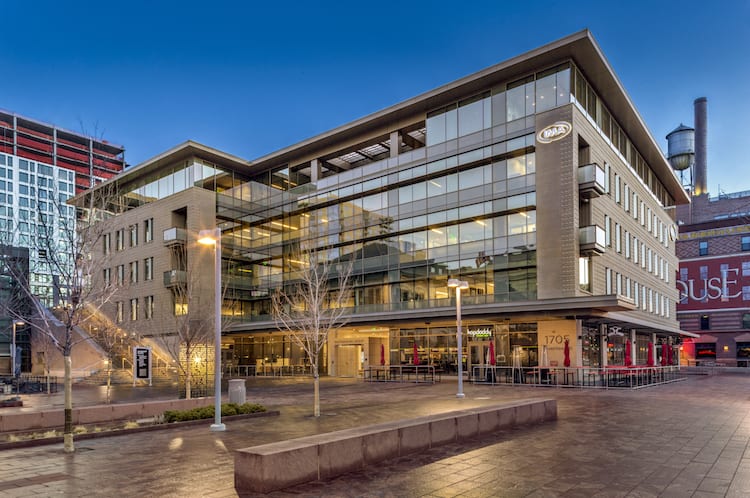 In its second sale since being completed in 2013, the North Wing Building at Denver Union Station achieved a price of $76 million, or $696.75 per square foot.

An affiliate of Lincoln Advisory Group Ltd. bought the 109,078-sf building at 1705 17thSt., on behalf of a client, from GLL Real Estate Partners GmbH. GLL Real Estate, a Munich-based real estate fund manager, had owned the building since 2014, when it paid a then-record-setting price of just over $600 per sf for the asset.

“Given that there are no remaining land sites to build office on in the Union Station neighborhood, this asset’s location is viewed as the best in the city and truly irreplaceable,” said Jenny Knowlton of CBRE Capital Markets/Institutional Properties.

“Being adjacent to Union Station, the train hall, and just steps to light rail and buses was a differentiating factor for this asset. The walkable amenity base is also second to none,” said Knowlton, who represented the seller with CBRE’s Tim Richey, Mike Winn, Chad Flynn and Charley Will.

The LEED Gold building is a block off the 16thStreet Mall, and surrounded by restaurants and retail amenities. IMA Financial anchors the building, which has four other tenants on long-term leases.

The building has underground parking at 1.1 spaces per 1,000 sf, along with 23,000-sf floor plates, outdoor balconies, ground-floor retail and modern finishes

The price per sf Lincoln Property paid for the North Wing Building was at the high end of the spectrum for Denver office product, but below the record $742 paid late last year for 1401 Lawrence, also in downtown Denver.