The Columbine Office Building in Littleton was about 97% occupied by approximately 40 tenants at the time of the sale.

A pair of investors bought a 50,403-square-foot office building in Littleton with some loyal and growing tenants. 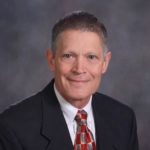 “At the time it went under contract, it was about 86% occupied, but by the time we got to closing, it was on the verge of 97%,” said Bob Pipkin of Fuller Real Estate, who represented the seller with Fuller’s Jeff LaForte.

An existing, credit tenant, BNZ Materials, expanded into 3,000 sf that had been vacated by Centura Health and signed a new five-year lease, bringing its footprint in the building to 7,872 sf, Pipkin said. “We had similar things happen with two other tenants, so it changed the building considerably,” he commented.

The building houses approximately 40 tenants, including a number of insurance companies. BNZ, a manufacturing company, has been there about 30 years, as has Vectra Bank.

Vectra Bank is the only tenant in the building that relies on contact with the public, but it has a drive-thru facility, said Pipkin, adding he doesn’t expect most tenants to be heavily impacted by the pandemic.

The Columbine Office building is located just south of West Coal Mine Avenue. It was built in 1984.

Pipkin, who represented the seller when it acquired the property in 1991, said he is not aware of plans for any changes to the asset. Fuller will continue to handle leasing, and the building engineer will be retained.