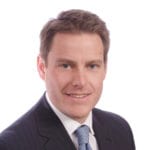 Nine years into the second-longest economic expansion in U.S. history, metro Denver has experienced momentous growth and still is seeing further development. Over 30 cranes currently protrude the Denver skyline; our city is tied for the second-most cranes among major U.S. cities, according to Rider Levett Bucknall. The city’s construction boom has continued to bring Denver to the forefront, fueled by the migration of a young, educated workforce and companies relocating and/or expanding their footprint to capture them. During 2017, there were eight headquarter relocations to the Denver metro area. Despite net migration being down from previous years, Colorado still ranks in the top 10 for net migration and population growth. Multifamily construction has been the majority of the new development that has occurred through 2017: 60 projects completed, totaling approximately 11,000 units. 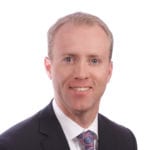 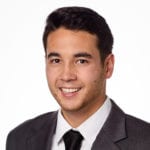 Not only in Denver, but around the nation, the construction industry has seen prices steadily increase during this development cycle, up 5.1 percent year over year, according to Turner Construction’s first-quarter 2018 report. This increase is largely due to the shortage of skilled labor and rising material costs that continue to riddle the real estate market. Denver’s booming economy, which touts a sub-3 percent unemployment rate, has greatly hindered developers and isn’t slated to change in the foreseeable future due to large projects breaking ground, such as Block 162, Denver International Airport’s $1.8 billion Great Hall renovation and the $1.2 billion Interstate 70 expansion. With replacement costs at an all-time high and no slowdown in sight, this has directly affected the office investment sales market.

Investors continue to search for ways to deploy capital throughout the Denver metro area, but with such a limited supply, they struggle to find product that meets their investment criteria. With much of the value-add product trading during the first half of this cycle, investors have seen a flight to quality shift throughout the market. New Class A construction has continuously stolen the headlines, shattering previously set records with almost every trade, apparent by 1401 Lawrence trading for roughly $725 per sf in the central business district and One Belleview Station trading for approximately $478 per sf in the southeast suburban submarket. Investor demand remains strong for recently constructed, stabilized assets largely due to the strong rent rolls and down-side risk that they provide. However, investors are shifting their thinking on existing product and historical price per sf metrics for well-located buildings with access to transit and amenities in a concentrated basis play compared to record sales for new construction and the steep discount to replacement cost.

With new office construction continuing to command the highest prices in the market, prices on existing renovated product have followed. Gone are the days when assets would trade with marginal change on price per sf, but instead they have started to escalate, as existing renovated assets provide comparable amenity-rich environments and quality workspaces. These renovated assets continue to trade at their highest historical price per sf. With current replacement cost estimates, investors are willing to pay a higher price per sf than they may have previously considered in Denver for existing product, largely due to the attractive fundamentals they can provide, similar to new construction but at a significantly reduced basis.

Fundamentals have always played a large role in the valuation of office properties and have gained momentum as occupiers continue to adapt how they evaluate real estate decisions. With the millennial population representing the largest percentage of the workforce, companies have felt an impactful shift in the importance of quality office space during the ongoing war for talent. Coupled with investors being more risk-averse, properties with strong fundamentals at a reasonable basis are becoming the most sought-out buildings around Denver. The properties that offer prime locations, strong demographics, walkable amenities, visibility and accessibility continue to be drive valuations. As occupiers have continued to search for real estate that offers the live-work-play model, investors have followed the trend by investing in office assets that offer these fundamentals. Building amenities are not the only consideration that come into play, but the accessibility to walkable amenities has continued to have a large impact, making infill sites with direct access to entertainment, food and drink prime targets for future investments. Combined with accessibility, which has been greatly expanded due to the expansion of light rail and mass transit, investors continue to show willingness to pay a premium for assets that meet this criteria.

The Denver office market remains healthy, with continued new development underway and property owners and investors willing to deploy significant capital to update and renovate existing sites with the aforementioned strong fundamentals. These developers, owners and investors remain confident that their capital contributions will yield attractive (their required) returns, regardless of where we are in the current cycle.