One Platte will be built where the parking lot is in the foreground, on the west side of Platte. There will be a pedestrian connection to the South Platte River Trail across the street. 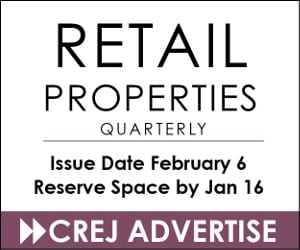 One Platte will include 247,000 square feet of office space, street-level retail/restaurant space and two levels of below-grade parking. It will be developed on 1.46 acres at 1701 Platte St.

“We think it’s going to be phenomenally well-received because it’s basically the last building of scale that’s going to happen on the street,” said Jamie Gard, executive managing director at Newmark Knight Frank, who is handling preleasing.

“We’ve already seen a pretty good diversity (on Platte Street) from BP’s Lower 48 headquarters to Xero’s headquarters, so I think we’re open to any forward-thinking tenant that needs to cater to a creative, collaborative-minded employee.”

The Nichols Partnership hopes to start construction of One Platte in mid-2019 – depending on preleasing – and deliver the building in late 2021. The city of Denver selected the company to acquire the site following a competitive bidding process in 2015. Nichols anticipates closing on the $13.5 million deal within the coming six months.

“Platte Street as we’ve seen it built out is a very desirable place to be. The views of downtown are remarkable,” said Melissa Rummel, The Nichols Partnership’s project manager for One Platte.

One Platte will deliver approximately 50,000-sf floor plates, among the largest in all of the greater downtown area. That provides connectivity for large users as well as the opportunity to demise spaces for smaller tenants.

Also, the site offers great access and visibility to Interstate 25, said Gard. “So, if it’s a brand-conscious company, we could do building signage on the freeway,” he said.

Designed by The Beck Group, the building will offer standard amenities such as conference, fitness and bike parking facilities; in addition, a great deal of attention is being paid to designing new amenities for the future, said Gard.

“From 10 years ago to today, the needs of tenants have changed dramatically, and it seems like those needs are changing faster and faster. We’re spending a lot of time and money to make sure we have more than the normal amenity package and that we’re ready to address all the things that are going to come up in the next three years while the building is under construction.”

There will be a very large rooftop amenity deck, for example, “But we’re spending time and money to make sure it’s not just a small marketing thing, that it’s a highly usable and valuable piece to have people be able to enjoy Colorado and get outside,” Gard commented.

The building will sit a bit farther off the highway than some of the other new buildings on the west side of Platte and is engineered to minimize noise while prioritizing views of downtown, said Rummel. The entry is oriented toward the South Platte River. The Nichols Partnership has a long-term lease on a parking lot across the street that will provide a pedestrian connection from the building’s front door to the river and trail system.

Design also takes into account multiple means of transportation, from traditional vehicles to bikes to car sharing and electric scooters.

“There’s been a lot of intentional deign not just on site but also with the larger neighborhood context, and a lot of planning around mobility and how people access the building,” Rummel said.

“Given that we think it’s going to be the last, best building on the street, we’re focused on what tenants are going to want in the future, not just what everybody has built today,” said Gard.