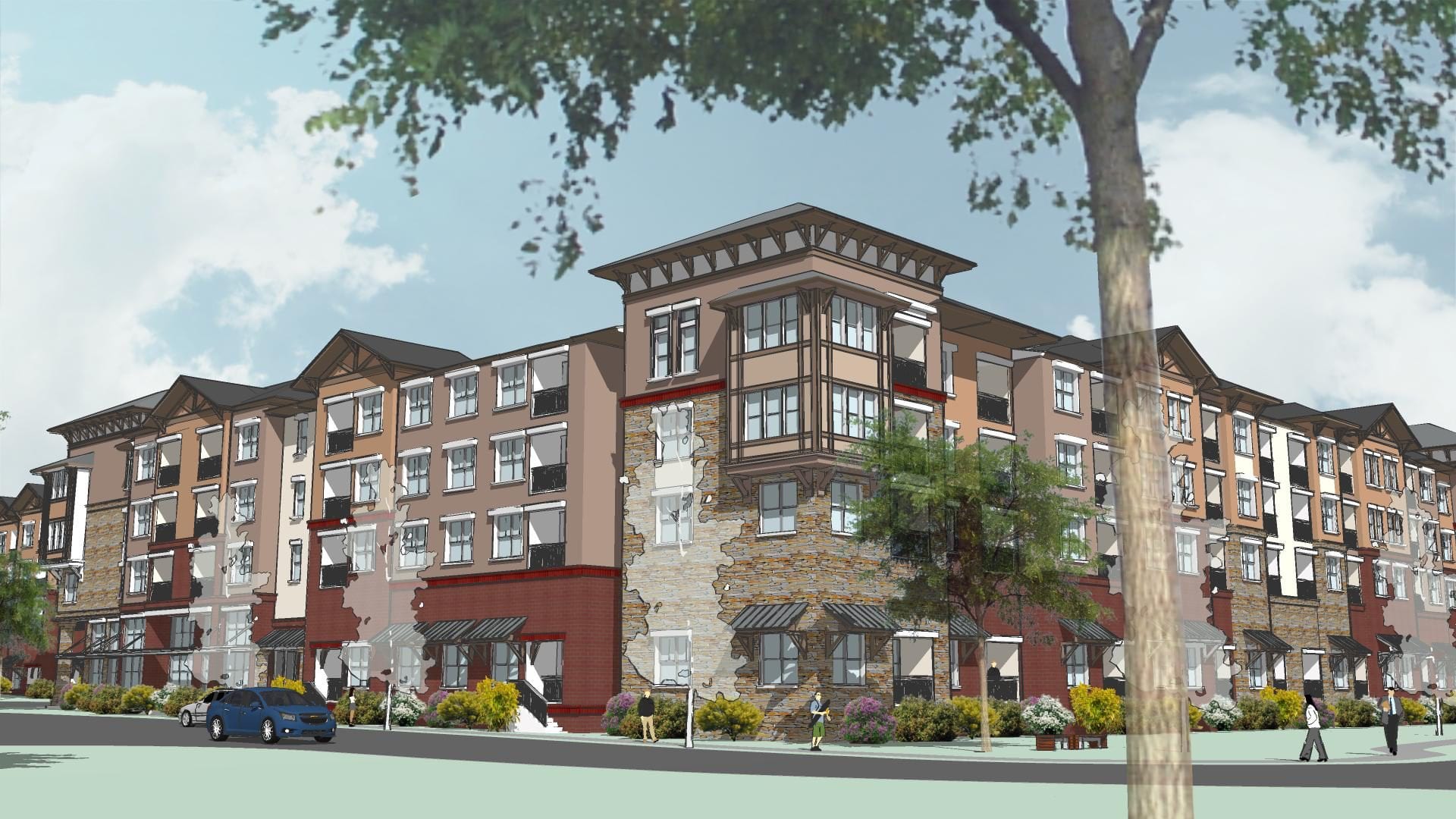 Legacy on the Promenade will features 12 live-work units in Westminster.

Legacy Partners is constructing a $75 million, 300-unit apartment community in Westminster that will include a dozen live-work, townhome-style units, the Dallas-based company announced today.

The Legacy on the Promenade will be completed in the fall of 2018.

Legacy on the Promenade is part of the Westminster Promenade development off U.S. 36 and north of West 104th Avenue.

The Westminster Promenade’s anchors include the Butterfly Pavilions, a 24-screen AMC movie theater, the Westin Westminster hotel, a triple sheet ice rink and a number of restaurants, including Dave & Buster’s.

“The Westminster Promenade is the ideal location for a luxury apartment catering to residents who both work in and enjoy the vibrant area of downtown Westminster for its restaurant, retail and entertainment offerings,” said Spencer Stuart, senior managing director of Legacy Partners. “Legacy on the Promenade’s proximity to both public transportation and the social hubs of Westminster make it perfect for people looking for a healthy work-life balance.”

Twenty four of the rental units will be 3-story townhome-style.

Twelve of those will be live-work units.

“We wanted to have a retail-type element, with a residential blend,” Stuart said.

“So someone could live upstairs and have an office or an art studio, or whatever, on the ground floor,” he said.

He said he believes these will be the first work-live units in Westminster.

Overall, the average size of all of the units is 923 sf.

Rents are expected to average about $2 per sf.

Amenities for residents of Legacy on the Promenade will include a garden courtyard, a pool with an outdoor kitchen, fitness center, resident lounge areas and a business center.

Legacy on the Promenade will be a good option for those working downtown, along the U.S. 36 corridor and even Boulder, he said.

“There certainly are a lot of jobs along the corridor,” he said.

“And there is a rapid bus transit system along 36 and eventually there will be a train connection,” Stuart said.

Stuart has been working on the development for the past three years.

“I believe the barriers to entry are the highest in the Denver area,” he said.

“One of the things that we really like about it is that is kind of an urban setting in a suburban environment,” Stuart said.

“People will be able to walk to the movie theater, some of the best restaurants in the area, the ice rink where guys play hockey and people go to figure skate, the butterfly pavilions and everything else,” he said.

“Westminster City Park, which ties into an extensive trail system, is right there,” Stuart added.

There also is a pedestrian underpass that allows people to walk to all of the stores and restaurants on the other side of U.S. 36., he noted.

“So you could walk to the Super Target without ever getting in your car,” Stuart said.

The area will be very pedestrian friendly, he said.

Construction financing is being provided by the Bank of the Ozarks. The brokers on the deal were Marty and Eric Roth of CBRE.