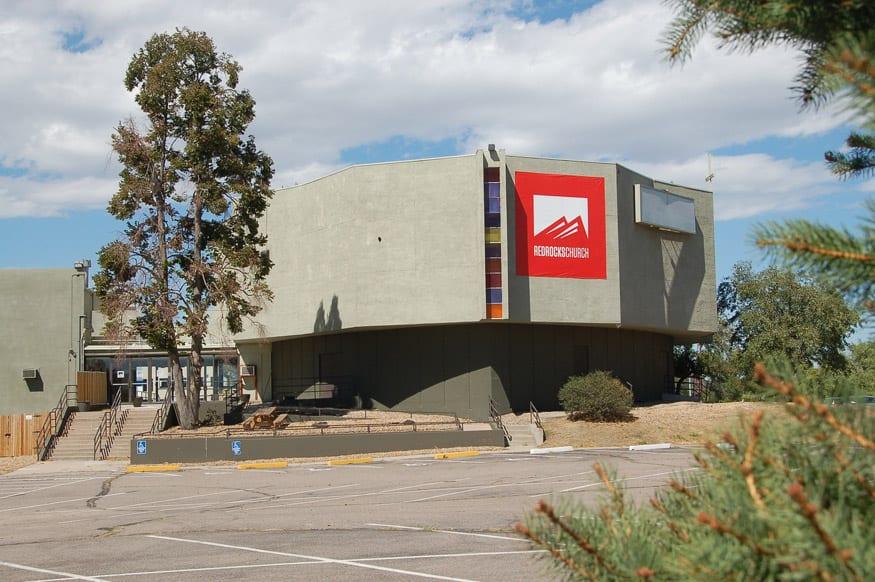 Known as the “catfish,” the church building at 455 S. Platte River Drive will house a longtime Denver landscape architecture, construction and maintenance company.

A high-end landscape architecture, construction and maintenance company is growing out of River North and influencing the future of another Denver area.

“We’re excited about everything we can do here,” said Michael Hupf, who spent two years trying to find a central Denver location with land. Hupf said Lifescape Colorado loved being in RiNo but has tripled in size since he bought the company 10 years ago and simply outgrew the space it was leasing.

We are absolutely thrilled to be here because we know the potential.”

Its new location provides “superb” access and visibility, according to Cushman & Wakefield Senior Vice President Craig Myles, who represented Lifescape in the transaction.

“The property provided an excellent opportunity for Lifescape to acquire a sizable site with usable improvements at a discount to other alternatives in the marketplace,” said Myles, who added the property might have been overlooked by other potential buyers because it was being marketed as a church.

Part of an 11-acre “catalytic” site identified in the city of Denver’s South Platte Corridor Study, the church building sits in a commercial area where neighbors have been hoping for reinvestment, including landscaping to beautify areas between parking lots and South Platte River Drive.

“Our business is about creating fantastic outdoor spaces. The design that we do for outdoor spaces is the same thing we’re doing here,” said Hupf.

Denver owner/developer Evan Makovsky owns property to the west, and the city of Denver has a housing project to the north.

“The joke of this building is they call it the catfish. It’s an ugly building if you look at it from the outside,” Hupf said. The “catfish” has great bones, however; “This building is truly all concrete and steel,” he said.

The new owners have stripped carpeting out of the church and are polishing the concrete floors to give the interior a Lower Downtown-type industrial feel. The 700-seat sanctuary will function as Lifescape’s new design center. Denver’s oldest high-end design-build landscape maintenance company, Lifescape is moving in right away and will complete a major renovation, including a rooftop garden, in approximately two years.

Hupf has no qualms about moving into an emerging area. “We moved into RiNo in late 2007, and we got our windows shot out three times. We lived through the transformation that happened in RiNo,” he said.

“We are absolutely thrilled to be here because we know the potential.”