LoDo office towers with edge on parking trade for $189M 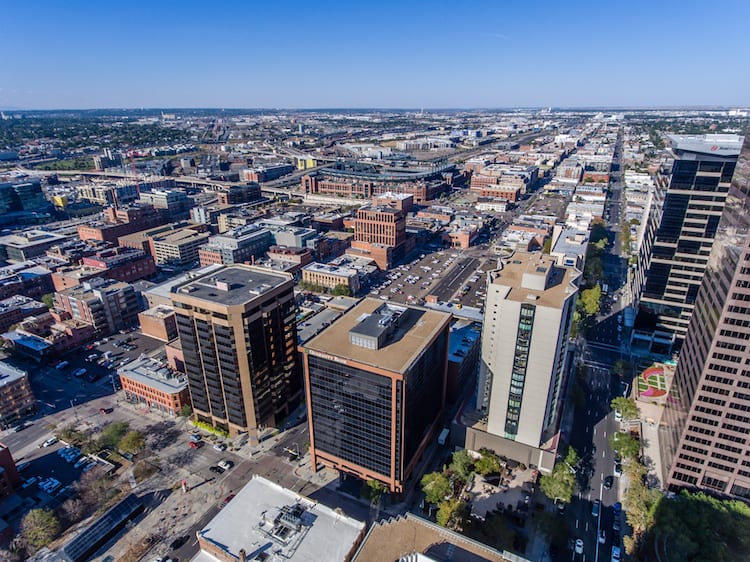 A pair of 17thStreet office towers that sit across the street from one another sold to a California buyer for $189 million.

The Guaranty Bank building, known for its anchor tenant, comprises 220,287 sf over 13 stories. The 16-story building at 1401 17thtotals 191,151 sf and counts Laramie Energy as its largest tenant. Collectively, the buildings are called LoDo Towers.

Merrion said he wasn’t at liberty to discuss details of the sale, but did say the assets drew interest from numerous investors due in part to their location at 17thand Market streets and their high parking ratios. Merrion and HFF Senior Managing Director Mark Katz handled the sale.

Located a block off the 16thStreet Mall, the buildings also have unobstructed mountain views, as well as views of Denver Union Station and Coors Field, CIM noted in a news release. Tenants have easy access to the free MetroRide, the mall shuttle, light rail and commuter rail, as well as the numerous amenities in and around the mall and Union Station.

CIM said in its announcement that it “brings its wealth of experience in managing and repositioning commercial properties in urban markets to this significant asset.”

The Los Angeles-based company has been involved in Denver since 2015, when it acquired the 26-acre 9th& Colorado site in partnership with Continuum Partners. The LoDo Towers is its first acquisition in downtown Denver.