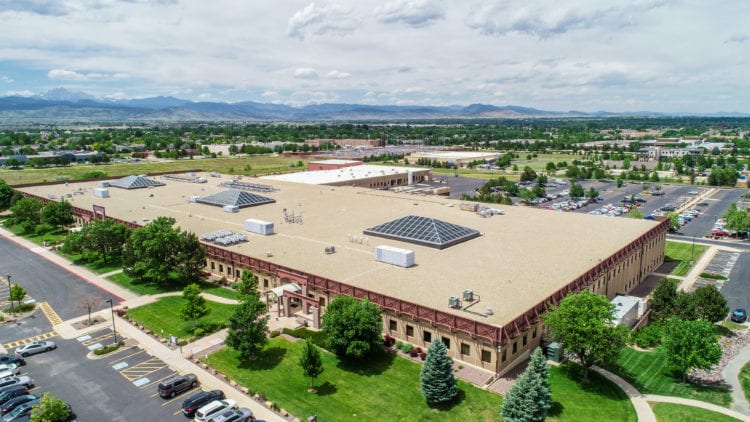 A New York investor spent $68.5 million on half a million square feet of industrial space in Longmont.

West, Safety Services, a 911 technology and services company, occupies about 300,000 sf of the space. The property was 100 percent leased at the time of the sale; however, DigitalGlobe, a Westminster-based satellite imagery company, will vacate 80,000 sf in July and remain a tenant in about 93,000 sf, according to Paul Donahue of Newmark Knight Frank, who handled the sale with NKF’s John Jugl.

“There was over 10 years of average weighted term in place, so it was a good cash flow play, but you did have the ability to enhance the return profile by leasing up that additional space that was given back,” said Donahue, who said there was a “good level” of investor interest in the property.

“Obviously, it’s a larger transaction for Longmont, but we did have a good group of names come to the table,” he said.

Built in 1982, Boulder County Business Center is located along the Diagonal Highway (Highway 119), near the Village at the Peaks retail and entertainment center.

The building was the second large industrial property to trade in Longmont within the last six months. Broe Real Estate Group bought the 461,320-sf former Seagate Technology/Maxtor campus at 2452 Clover Basin Drive and is in the process of repositioning it as creative office space.