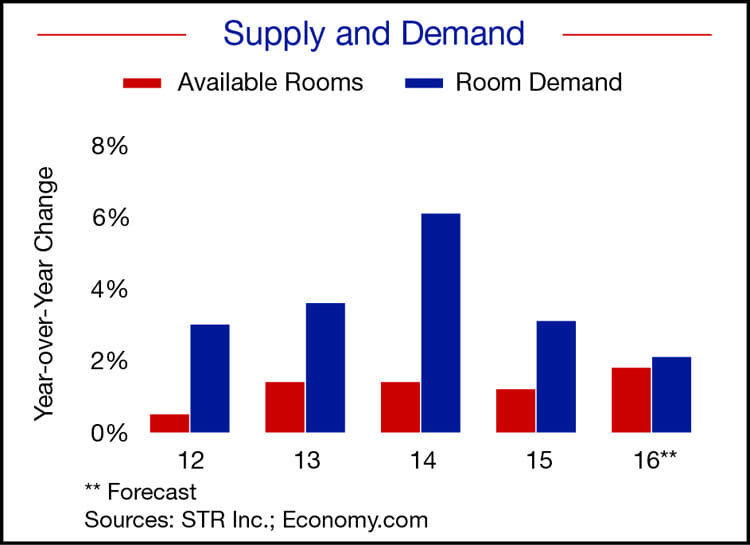 Marcus & Millichap has launched an annual hospitality investment forecast for 16 regions nationwide, including the Mountain West.

Highlights of the inaugural report are:

With regard to the mountain region, the Marcus & Millichap report says All measures of property performance rose last year in the Mountain West, comprising Colorado, Idaho, Montana, Utah and Wyoming, albeit at a more subdued rate of growth than was recorded in 2014. An additional moderation will take place in 2016 as new construction increasingly weighs on occupancy growth.
Hundreds of rooms are under construction in the five states, and the additional stock will only raise the room-nights threshold required to surpass prior years’ performance, and reduce the contribution of occupancy to RevPAR. Visitation 55% to numerous national parks and outdoor recreation will sustain leisure demandthroughout the region and in Salt Lake City and Denver, where airports serve as the Mountain West’s gateways. This winter’s ski season, meanwhile, looks promising, while business demand drivers are mixed. Regions of states heavily dependenton oil and gas, and mineral extraction industries to fill beds will feel the pinch of weaker commodity markets, and some spillover to other industries could occur.