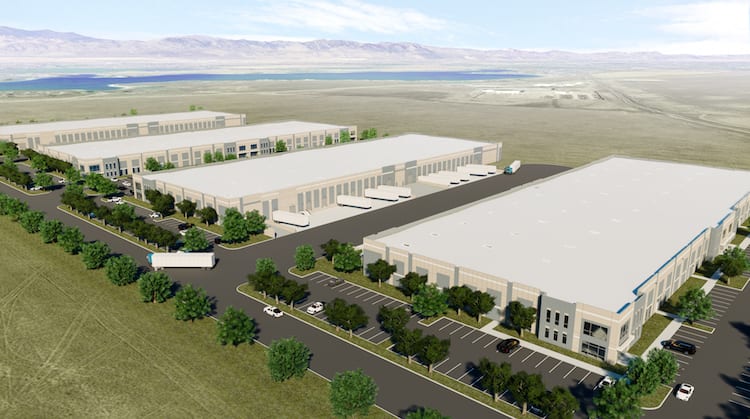 Leasing success with big-box industrial space at Centerra in Loveland is leading to construction of a new speculative building that will be larger than its predecessors.

Developer McWhinney will break ground on the Class A building this month and deliver it in January. It will feature 24-foot clear height, dock-high loading, ESFR sprinklers and flexible space configurations.

“With this development, we are continuing to be responsive to the needs of the market while also staying intently focused on delivering a high-quality project,” said Ashley Stiles, McWhinney vice president of development. “Close proximity to major transportation corridors and other key community amenities set this location and project apart in the market.”

McWhinney is seeing demand from both Northern Colorado users like Toddy, which leased half of Centerra Industrial’s first building and the entire second building, and users outside the market, said Stiles.

“Toddy was a good example of an existing company in Northern Colorado that needed a bigger footprint and a more efficient building, and then we’ve had a lot of folks who have been looking to come up from Denver so that they can be able to serve the Northern Colorado market, and parts of Wyoming and Nebraska from this location,” said Stiles.

Stiles aid there is considerable interest in the new building from users needing anywhere from 20,000 sf to the full building.

Mike Eyer of CBRE and Kyle Lundy with C3 Real Estate Solutions are the listing brokers for Centerra Industrial IV, which was designed by Ware Malcomb. Golden Triangle Construction is the general contractor.

McWhinney, which completed the last spec industrial building at the end of 2017, has been expanding its industrial portfolio to meet demand from both technology and industrial-focused companies.

“We admire and are in full support of McWhinney’s efforts to attract new businesses to the region,” said Andy Montgomery, CEO of the Northern Colorado Economic Alliance. “We see there is a large gap to fill in the industrial space market, and this development certainly gets us moving in the right direction.”

Most of the distribution product in Northern Colorado is smaller and older – with ceiling heights generally around 18 feet – than that being developed at Centerra. As part of the 3,000-acre master planned community, home to 7,500 daily workers, Centerra Industrial is near more than 30 restaurants, 1.5 million sf of retail space, three hotels, a health club, schools, and miles of trails and open space.