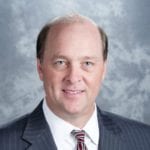 Entering the second half of 2019, the tight labor market remains a primary driver of domestic growth; however, exceptionally low unemployment is restraining job gains, slowing first-half employment creation to its lowest level since 2010.

Reflective of this, job openings still outnumber job seekers by roughly 25%, enabling many people with weaker skills and education to find work. With recruiting competition heating up, many organizations are becoming increasingly competitive, opening additional locations to tap new labor pools, and boosting compensation packages to attract new staff members and retain existing workers. This has provided a bump to household and disposable income levels nationwide.

Millennials, suburban office are keys to outlook. The millennial cohort will have a transformative impact on suburban office demand moving forward as this generation approaches a new life stage. Many millennials are beginning to form families after delaying marriage until their late 20s or early 30s. Family formation will increase the appeal of suburban neighborhoods as more affordable housing costs and proximity to quality schools become increasingly important.

Corporations are taking note of this, setting up campuses and building amenity-rich offices in suburban employment hubs, bringing jobs to the growing talent pools. Additional suburban retail, particularly in proximity to office properties, will be developed to create live-work-play hubs that support the migration to the suburbs in primary metros.

Many small businesses also occupy these spaces as it can be more affordable and flexible than entering a long-term lease, depending on the size and dynamics of the company. Coworking could be a viable option for more small businesses if economic momentum further moderates due to the short-term nature of the leases, allowing companies to quickly opt out if the cost burden becomes too heavy. However, this concept may have an adverse effect on independent contractors who use coworking to enhance their work environment. These people may choose another option, such as working from home, if budgets tighten, leaving more open desks for coworking entities to fill.

With some talent pools beginning to shift out of urban areas, office investment may begin to pick up in the suburbs. Suburban assets can produce stronger yields than similar properties in central business districts, giving investors more opportunities with high-growth potential.

The national average price per square foot rose to $263 over the past year, increasing 5%. Office pricing in primary and secondary metros jumped substantially during that time, climbing 7.8% and 12.4%, respectively. Strong appreciation has paved the way for more sophisticated capital in these markets, refining buyer pools as some investors get priced out.

Rising asset values in larger metros and the extended cycle have evoked increased economic growth in many of the nation’s smaller metros, propelling investor demand. Elevated buyer demand in these smaller cities, translated to a roughly 20% rise in tertiary market deal flow during the past year.

2019 Outlook. Unresolved trade talks and the extended cycle are placing pressure on domestic markets, prompting some consumers and businesses to act more cautiously until additional clarity emerges. Rising interest rates at the end of 2018 encouraged many companies to slow expansion plans, which translated to more moderate leasing activity for some property types in several markets during the first half of this year.

While the economic outlook has eased modestly, the recent interest rate cut should bolster investment and spending, giving the economy a lift during the remainder of 2019.

Office-using job creation will again outpace overall employment growth this year, fostering the continued evolution of the office market as companies reshape working trends to align with primary talent pools. STEM sectors will be the main engines behind this movement.

Construction will match its cyclical high this year as 86 million square feet is delivered. A host of primary markets headline the top construction metros this year, with New York City, Dallas/ Fort Worth, Washington, D.C., and Seattle leading the way.

National vacancy is scheduled to remain on a decline this year, dipping 10 basis points to 13.2%. This reading still sits 100 basis points above the prerecessionary market, suggesting room for more growth. Demand for suburban space will drive this trend as the suburban vacancy rate has dropped 180 basis points to 13.4% over the past five years.

Sustained modest supply growth will keep rental gains stable this year, driving the average asking rent up 2.3%. This cycle’s rent trends are showing more regularity than the previous expansion as downtown areas in many of the nation’s smaller metros and tech-heavy markets remain key drivers of overall growth. Tight primary markets like Oakland and San Jose, California, will post growth rates above 6%, while high-growth secondary metros including Charlotte and Phoenix are also expected to log strong gains.