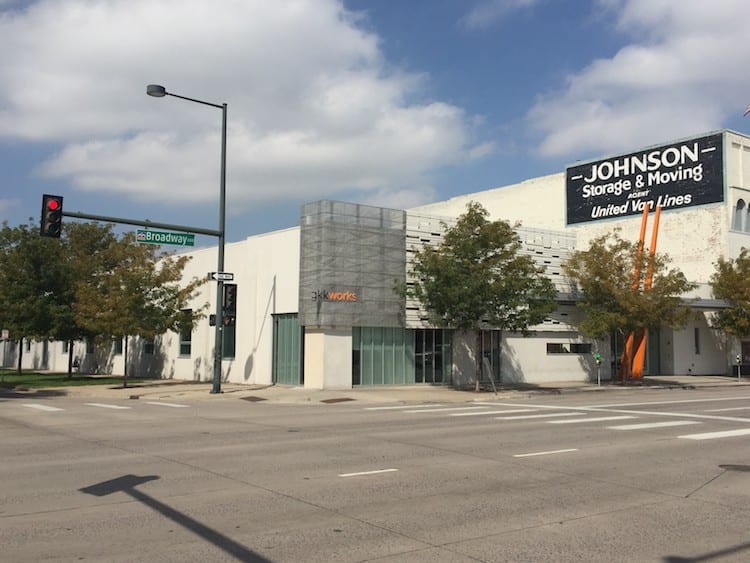 Native American Bank will relocate its headquarters and open a branch bank in the building at 201 Broadway.

Native American Bank will move its headquarters from a downtown Denver high-rise into a high-visibility building on Broadway in 2019.

The bank bought the 13,730-square-foot building at 201 Broadway for $4.77 million with plans to retrofit it for its headquarters and its first true Colorado branch bank. Native American Bank is owned predominantly by Native American tribes throughout the United States.

The single-story building, which currently houses architectural and interior design firm gkkworks, lends itself to creating a signature look and feel that Native American Bank is looking for, said President and CEO Thomas Ogaard.

BCP-201 Broadway LLC sold the property. The building has a vacant suite, and Native American Bank worked with a gkkworks representative to address its lease “so that we could have access at the point we wanted to,” said Ogaard. The bank, whose clients include both Native Americans and non-Native Americans, expects to move to the new space by mid-2019.

“We’re excited about it and looking forward to the change,” Ogaard said.

Jim Tyler of Fuller Real Estate, who represented the bank with Fuller’s Bob Ambrosius, said the building was brought up to modern standards by the previous owner and offers great visibility on Broadway.

Todd Snyder of NAI Shames Makovsky represented the seller in the transaction.