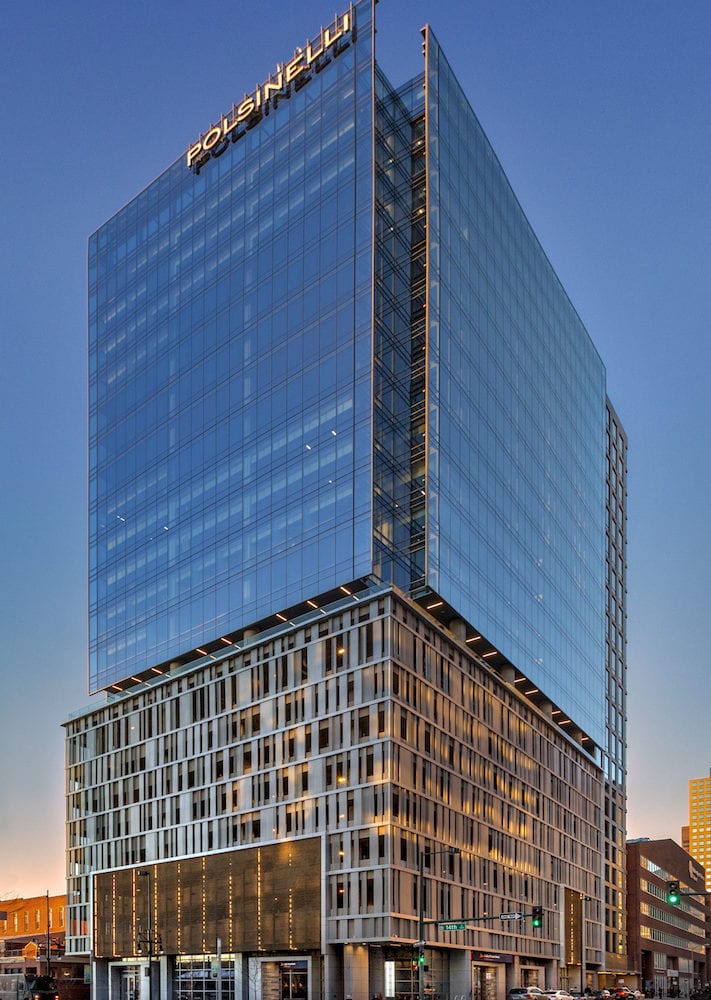 Pricing for newly constructed Denver office buildings continues to hit record highs – a trend that continued with the sale of 1401 Lawrence.

The newest high-rise tower in downtown Denver, the 309,988-square-foot building reportedly sold for around $720 per sf. The previous record was the $677 per sf achieved by the Triangle Building near Denver Union Station.

First Gulf Corp. developed and sold 1401 Lawrence, which was completed in late 2016. A Heitman LLC affiliate acquired the 22-story LEED Gold building. Neither returned phone calls about the deal, and no one involved in the sale would discuss pricing. But brokers said the building’s tenancy, location and quality drove very strong interest from a broad range of investors, including foreign capital.

Anchored by law firm Polsinelli, the building is 98 percent leased to tenants that also include CoBiz Financial, Jagged Peak Energy and others.

Mike Winn, vice chairman with CBRE Capital Markets, Institutional Properties, said, “1401 Lawrence is one of the most visible and stunning properties on Denver’s skyline. When you factor in the world-class construction, striking mountain views, strong tenancy and highly sought-after location, it created a truly irreplaceable investment opportunity.”

Also, because it’s a new building, “Almost every single lease had a term longer than 10 years,” said CBRE Vice President Jenny Knowlton, who handled the sale with Winn, and CBRE’s Tim Richey and Chad Flynn. “It provided really strong cash flow,” she said, adding most investors that looked at 1401 Lawrence considered it as a long-term, legacy-type asset.

The building is adjacent to Larimer Square and, according to CBRE, offers the best ingress and egress of any CBD office tower.

While newly built downtown Denver office buildings such as 1401 Lawrence have garnered record prices in recent months, the trend also is playing out in the suburbs.  Granite Properties recently sold the new Granite Place at Village Center in Greenwood Village for $423.78 per sf, surpassing the previous record in that market of $414 per sf.