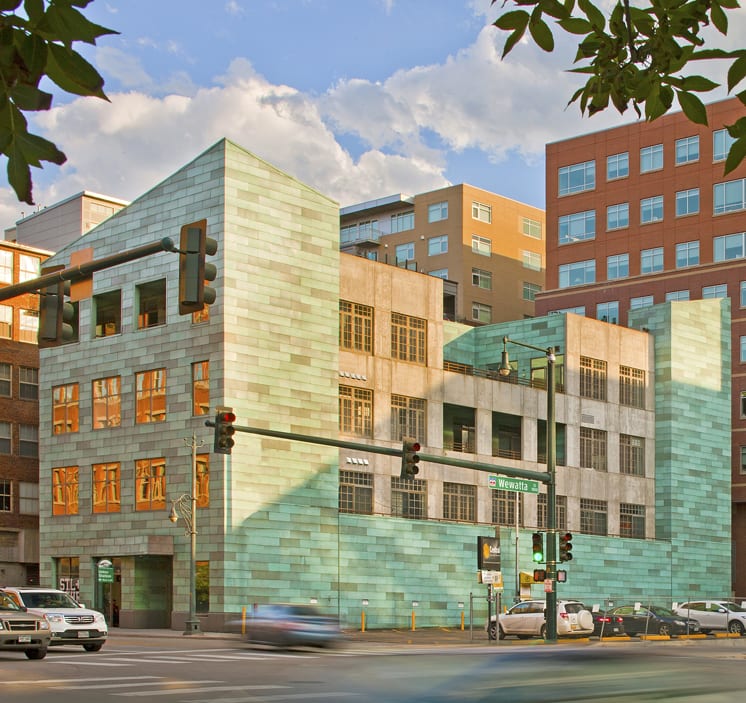 The Nichols Partnership bought the Steelbridge Annex with an eye on developing micro apartments next door.

The Nichols Partnership plans to develop micro apartments on a parking lot near Denver Union Station.

The Denver-based company bought the 23-space parking lot at 1480 Wewatta St. in a $10.35 million deal that included the adjacent Steelbridge Annex at 1750 15th St. The 16,154-square foot Steelbridge building is a distinct green-colored building leased to creative office tenants, including Interior Architects, or IA, and Cherwell Software.

“The purchase was primarily to acquire the development site – the parking lot – and secondarily to buy the famous green building in downtown Denver as an office investment,” said Randy Nichols, Nichols Partnership president and founder. Nichols said the 0.14-acre development site is too small for many uses but does work for micro units.

He hopes to build approximately 90 units on the property, which is about a block and a half from Union Station.

While the property is zoned for multifamily, the developer must go through the Lower Downtown Design Review Board and city planning.

CBRE’s Mike Winn, Tim Richey and Chad Flynn represented seller Brentwood Capital Partners. Winn said Nichols was a “terrific buyer” for what was a rather unique site in Lower Downtown.

The Nichols Partnership developed Denver’s first micro apartments, the Turntable Studios. A redevelopment of a former hotel near Sports Authority Field at Mile High, the iconic building has 179 units ranging from 330 to 820 sf.

“The sales pitch at Turntable was under $1,000 a month rent, and it’s proved to be very attractive considering most of the apartments in downtown Denver are 50 percent more than that, or two times that amount,” said Nichols. “It’s the same idea here in that smaller apartments are more affordable. We may do some different things here that would appeal to a different type of renter,” he said, explaining the project might include fully furnished units, flexible lease terms and/ or furnished units for executive housing, for instance.

“We’re going to try to hit a little different niche in the market,” he said.

Units likely will range from about 360 to 650 sf with monthly rents in the $1,000 to $1,500 range. The company hopes to be in position to start construction about a year from now.

No changes are anticipated at the Steelbridge Annex, which is 100 percent leased. Constructed in 2002, the building was designed as residential condos but instead was leased to office tenants. “It’s really beautiful space – it’s cool, funky creative office space,” Nichols said.