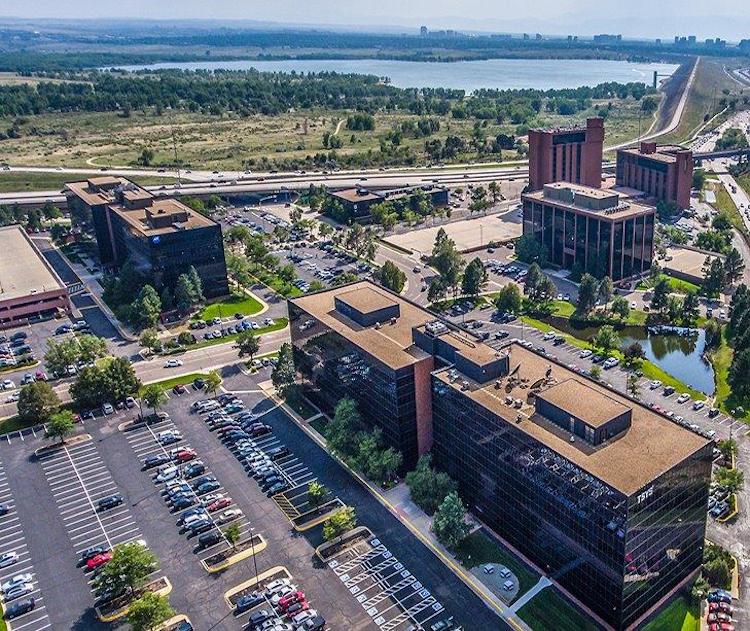 Cherry Creek Place I and II are located at Interstate 225 and Parker Road.

Northstar Commercial Partners added value to a pair of Aurora office buildings and sold them for twice what it paid.

The buyer wasn’t named; however, records list it as 3131 S. Vaughn Way LP, apparently an affiliate of Austin, Texas-based Pennybacker Capital. Pennybacker didn’t return an email inquiry about the transaction.

“The sale of CCP I and II truly represents a success story, acting out the core of our company’s mission of creating opportunity, empowering people and strengthening communities,” Northstar Chairman and CEO Brian Watson said in a statement.

“Northstar carried out high-quality building renovations at Cherry Creek Place I and II, and the property featured great tenancy,” said Peter Merrion of HFF, who represented the seller with HFF’s Mark Katz and Jules Sherwood. “The quality of the property and tenancy, combined with the strong market fundamentals and the proximity to the R Line, helped generate significant investor interest in Cherry Creek Place I and II.”

Cherry Creek Place II is a six-story building that Northstar acquired vacant, at 12 percent of its replacement cost. Northstar since has signed eight tenants, bringing occupancy to 97 percent and significantly increasing the property’s value. ADT Security Systems, Nationwide Insurance and the state of Colorado are tenants in the building.

“Being able to take these two office assets, place them fully back into productivity and turn for a successful sale is truly beneficial for everyone involved,” said Watson. “We’re honored to play the role we have in providing space to meet the needs of our tenants and truly grateful for a successful sale.”