People who have chosen to make Golden their home do so because of the quaint downtown, the views, the small-town feel, the proximity to athletic endeavors in the foothills and the academic culture coming from the centrally located Colorado School of Mines. Courtesy Visitgolden.com 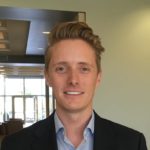 First, there’s the hard data: There is 3 million square feet of office space with Golden addresses. Office vacancy stands at 5.4% with a 5% rental rate increase over the last year. Golden has had a positive 78,000 sf of absorption in the past 24 months. Meanwhile, there have been zero new office deliveries in the last two years.

Second, there’s my observation as a tenant rep broker in Colorado for the past eight years. If I have observed one trend above all others, it is this: People who live in Golden want to work in Golden. They have chosen to make Golden their home because of the quaint downtown, the views, the small-town feel, the proximity to athletic endeavors in the foothills and the academic culture coming from the centrally located Colorado School of Mines. They don’t want to “commute” even to nearby Wheat Ridge, Lakewood or Arvada in part because they are conscious about pollution. The nearest hub of higher-end office buildings outside of town is on Union Boulevard, yet my clients have consistently refused to consider it.

I recently started a new office search in Golden and I find myself in a familiar place with the feeling I am about to start another years-long tenant rep assignment for a single lease. (By the way, the same has gone for my Golden retail and industrial searches.) With virtually no spaces on the market, I contacted all office landlords in downtown Golden to ask if they would have any availability in six month’s time. That rendered one more option to consider, which didn’t meet the client’s criteria. I then researched coworking facilities and found two, one of which spreads across two buildings in downtown Golden, neither of which have Americans with Disabilities Act-accessibility, another client requirement.

Third, there’s the track record of investors’ and developers’ success in Golden. Those who have committed to developing and owning large projects in town (read: ARES, St. John Properties and Etkin Johnson) have appeared to enjoy ultra-low vacancy and ultra-high tenant loyalty; tenants in Golden wait for another space to become available in their building rather than relocating to a neighboring town. I don’t see this trend anywhere else in our work throughout Colorado.

All existing office properties with a Golden address. Blue
indicates availability in the building (for lease);
grey indicates a fully leased building.

With such robust demand, why the supply deficiency? After all these years, I couldn’t say! The area now offers light-rail connectivity to Union Station. The revival of Old Town Arvada and the formation of Downtown Westminster suggest robust demand exists for commercial hubs on the west side of town. Meanwhile buildable parcels are relatively prevalent in downtown Golden, along South Golden Road and West Colfax Avenue when compared to other tight submarkets along the Front Range. Land prices are not cheap, but they are a bargain compared to Boulder, River North and Cherry Creek, where we are seeing robust office development. Golden City Council contemplated a 120-day moratorium on construction but that was for residential development only.

A look at the hard data and macro trends offers a compelling case for further development in Golden to meet the market’s demand for new office product. As a tenant rep broker, I have no Golden inventory to promote. But I do have a long list of tenants eager to lease more space in Golden. As for the balance of prospective tenants needed to absorb the new space, look no further than the projects’ backyards.