Office from the Ashes: Is Agile the New Open? 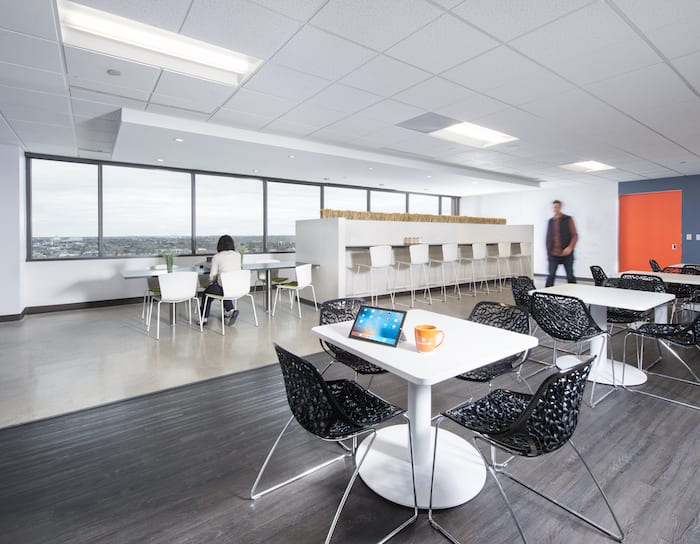 Hybrid spaces may provide the best of all worlds.

In case you missed it, the new “final” word on the much-maligned open-plan office was delivered in early July, the results of a study by Harvard researchers. Predictably, the findings revealed gaping holes in communication effectiveness and productivity of companies utilizing open-plan office spaces. This is hardly an epiphany, of course. Indeed, the headline of a November 2013 piece in Metropolis magazine’s digital edition proclaimed, “New Study Says Open-Plan Offices Are Bad (Duh?).” A fitting sentiment to be sure, bolstered by yet another Harvard study released at that time, which showed all-too-familiar data in the trade-off between privacy and communication in the open office. So what does July’s Harvard research reveal which others haven’t? 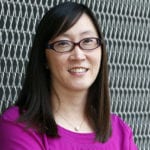 In terms of raw data, not that much. While findings indicated that effective face-to-face interaction in the open office is down 70 percent compared to “traditional” office space, it was the data tracking methodology that proved to be the eye-opener. Instead of collecting data through self-reporting as other studies had done, this particular Harvard team used an empirical approach through digital sensors worn by subjects. So although the new data essentially validated what we already knew, it was the technology that prompted so many to accept the findings as most authoritative. Harvard study aside, methods to mitigate the damage done by the open-plan office had been underway for years. Some called for simple alterations to the workplace. Others would require technology to catch up to ongoing workplace theories.

Don’t Throw the Baby Out

One such method adheres to the “don’t throw the baby out with the bathwater” adage. While most experts in the built environment saw the Harvard study as yet another way to take a swipe at the open office, many still laud its praises for stimulating collective behavior and meaningful interaction. Those qualities are still invaluable to operations that treasure collaboration as a core driver in getting work done. In that respect, the open office is not obsolete by any measure. It just needs modification, which actually began well before organized studies would uncover its many ills. And why not? There’s no rule book that states the open-plan office has to mirror the excruciating fishbowl effect at Google.

“I have not worked with a single client in the last decade that was 100 percent open,” said Damla Gerhart, senior managing director for CBRE’s Workplace practice based in Chicago. “When people refer to ‘open,’ it is such a subjective thing. We all know that the 100 percent open office is not the answer.”

The answer, Gerhart maintains, is somewhere in the middle, which translates into increased privacy, more space for focused concentration, more space for social interaction and a significant decrease in noise. To put it another way, it’s a hybrid. Not exactly a lofty concept. But these types of hybrids can take on the most favorable characteristics of the original open-plan office and whatever culture a management team might adopt for its staff. In fact, most offices operating today are hybrids, which typically exist at the intersection of fiscal responsibility and employee satisfaction. Modifications to existing open-plan spaces can be relatively inexpensive and culturally stable. That is, those types of spaces can inspire meaningful change, but are not designed to be disrupters in what comes next for the office.

The New Shift is Agile

Like the open office, the agile workplace has roots dating back decades.

From an organizational standpoint, the information technology world embraced the agile or change-ready environment in order to bring software and other products to market more quickly. The reasoning was and is that change is constant, and incremental advances in technology must adapt to the speed of market demand, or die. (One tech blogger pointed to the constant updates to the iPhone’s operating system. Would Apple lose market share if those updates were, say, semi-annual?) Agile working in the office uses the same principles.

“It provides a variety of different types of work spaces and gives employees the choice of determining which of those spaces is the best fit,” Gerhart explained. The emphasis here is that work is an activity, not a place, but workplace design right now is at least as important to an organization as it was at the dawn of the open office. Moreover, workers should be able to work where and how they chose. That’s a bold assertion that requires both managers and employees to embrace fresh work styles a far cry from the mainstream.

All of the major international commercial real estate firms have bought into the properties of the agile office. CBRE is arguably the world leader on this topic with a variety of white papers that have compiled myriad research on “agile real estate” from the perspective of both owner and occupier. Within that framework of research findings, the company identified “activity-based workspace” as the “most anticipated design trend in the coming years. It is a design approach that allows users to freely move between a variety of individual and collaborative workspaces as their needs change throughout the day.”

To drill down even deeper, CBRE points to seating allocation trends as part of the imminent shift to an agile environment. Unassigned seating or “free address” means employees have no permanent place in the office. No desk, no cubby, not even a file box in which to store photos of the kids. While this type of assignment is already active, CBRE data show that survey respondents anticipate more than double the percentage of activity-based, unassigned seating in the next three years. And like the open office, there will be stiff resistance.

“I can’t imagine a fully unassigned office,” said Melissa Pasquale, COO of Greenwood Village’s Engrain, a software development company. “We were wary of the that type of culture very early in our planning and decided against it,” she maintained. “While it can reduce real estate costs, it can also reduce a sense of place for our people. We just didn’t want that.”

Everybody at Engrain carries around a laptop, parking here and there in residential-looking nooks and corners within the mostly open office design. The goal there is to change things up and stimulate collaboration and creativity, Pasquale pointed out. In order to satisfy that sense of place, Engrain’s people have small, inexpensive “Ikea-like desks and pop-up boxes” to keep and display personal items.

Nevertheless, CBRE’s research is bullish on the proliferation of the unassigned, activity-based workspace, even if the migration is phased in over time. In any case, technology will continue to be the driver for workplace strategies. By nature, new technologies should offer seamless transitions into new nimble office designs that promote getting work done more quickly and efficiently. That is the very essence of agility, after all.

“Historically, companies put a stake in the ground, designed their space and understood that it was going to stay that way for 15 years,” Gerhart said. “That’s just not the case anymore when there’s so much disruption going on in almost every sector, including our own.”

Published in the September 2018 issue of Building Dialogue. Contact the author at Jbrunner@kieding.com