Opportunity in West Denver as area adapts to change 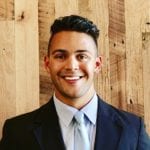 It’s no secret that Colorado’s landscape is drastically changing and it’s providing new opportunities and challenges for the West Denver submarket. Municipalities all over the region are trying to strategically combat multiple aspects of its exponential growth. It’s providing unique solutions for groups and individuals looking for owner/user, investor and development results.

What we’ve seen unfold in West Denver over the past few years has been overwhelming and has garnished support for development across the region. There is ongoing demand for a variety of different product types, and it’s what’s helping reshape the way we look at our community.

This includes Jefferson Parkway, one of the largest road projects in the western region, which still is under review. It is governed by the Jefferson Parkway Public Highway Authority and is hashing its way through several different review processes. The road will stretch from Highway 93 in Arvada and head northeast toward the Rocky Mountain International Airport. A projected completion date for the project has yet to be released, but has been moving forward, nonetheless. 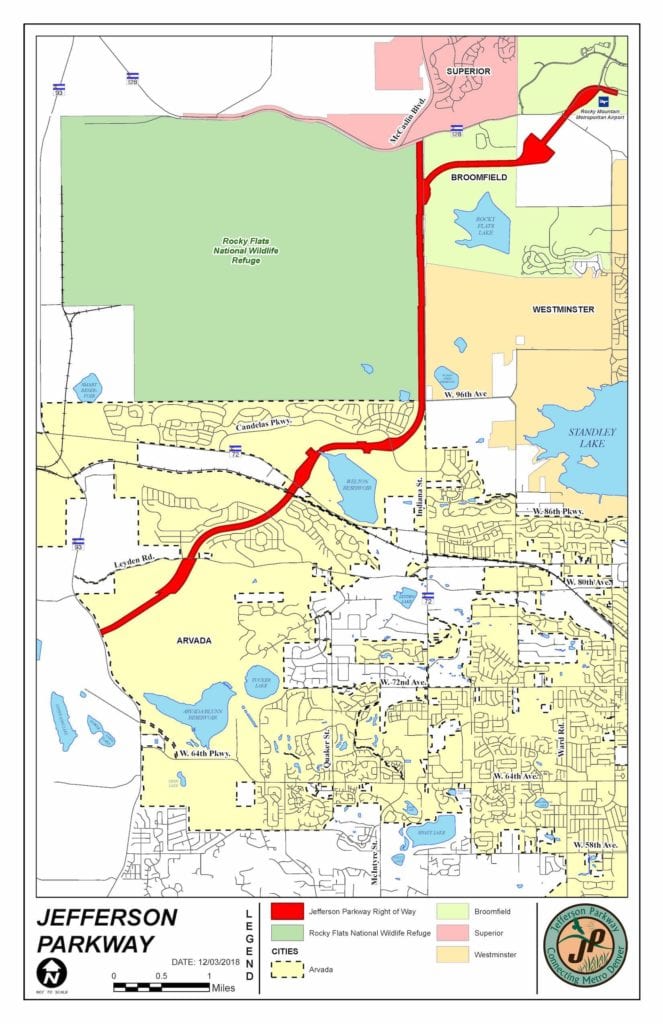 Plans for the Jefferson Parkway, one of the largest road projects in the western region, which is under review.

This will provide a whole new way to access the West Denver and mountain regions up into the northwestern portion of the Denver metro area. The project will abut the Rocky Mountain wildlife refuge, right along the new Candelas master-planned community and continue up what is now Indiana Street. Some already have started to anticipate the change and are prepping the area with new access to specialty shops, housing and outdoor activities. It will complete a full-circle transit system that will allow the western section of the metro area to more efficiently access the Denver-Boulder Turnpike, Interstate 25 and south to Highway 93.

Another large transit project is also underway. The Regional Transportation District has been working with its light-rail contractor Denver Transit Partners and has received approval from the Federal Railroad Administration to start work on the next stage of finishing the G line. The 11.2-mile railway will run from Union Station into Wheat Ridge. An opening date for the G line has not been announced yet, which is primarily due to the issues with the gate-crossing technology. This will make several segments of West Denver more transit oriented and accessible to anyone traveling in and out of central Denver.

The Western submarket also has had a notable increase in its demand for Class A office space. Interlocken Business Park in Broomfield has added a few noteworthy corporate offices to its portfolio over the past few years including Viega and Partners Group. Other businesses such as Oracle, Ball Corp., Staples, SCL Health and Webroot have established themselves within the park. The 936-acre community is also supplemented with the Flatirons Crossing Shopping Center, Omni Interlocken Resort & Golf Club and a robust public transportation infrastructure in place. The area is providing employers with a competitive advantage with its unmatched quality of life, access to nationally recognized schools, proximity to the Western Slope and an amenity-rich work environment.

Lakewood has been improving its specialty retail options as the Colorado Mills Mall reopened a little over a year ago, after dealing with hail damage and flooding issues from a storm in mid-2017. The recent face-lift in the interior, along with the addition of retailers such as Coach, H&M and Sketchers, is meeting demands of consumers in the area. Clear Creek Crossing also is being added to the western portion of Wheat Ridge and will feature over 100 acres of retail/entertainment, multifamily and business development, which is directly located west of the Interstate 70 and Ward Road exit. High-end retail options have been lacking in recent years, and revitalization efforts such as these have met West Denver’s yearning for a more amplified shopping experience.

Much like the rest of the metro region, West Denver’s industrial market is moving steadily upward. Mountain Gateway is a 142,000-square-foot industrial development comprising two separate buildings currently being developed in South Arvada. It will feature 290 parking spaces, 24-foot clear heights, 20 dock-high doors and 11-drive in doors. It’s just another step in the right direction for the West Denver market and hopefully will continue to create a more attractive environment. We’ve seen vacancy rates in West Denver have been consistently sitting below the metro average, which is providing developers and owner-users with a viable solution.

The way we’ve seen West Denver progress over the past few years has provided investors and owner-users with feasible opportunities regardless of the property type. It’s clear that it will continue to grow, change and adapt to new opportunities and challenges. The area’s mid- to low-density profile provides a landscape that is poised for expansion.