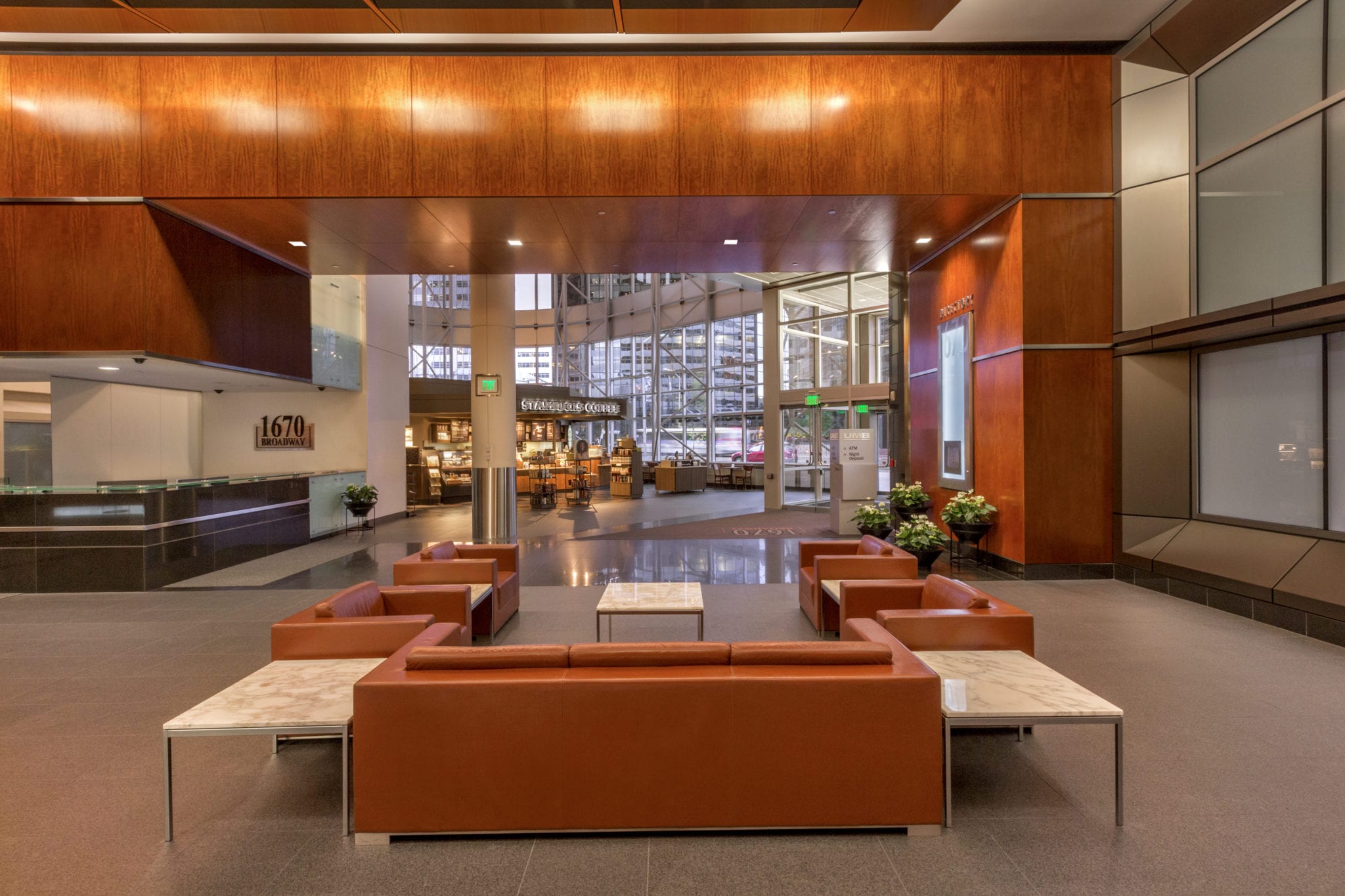 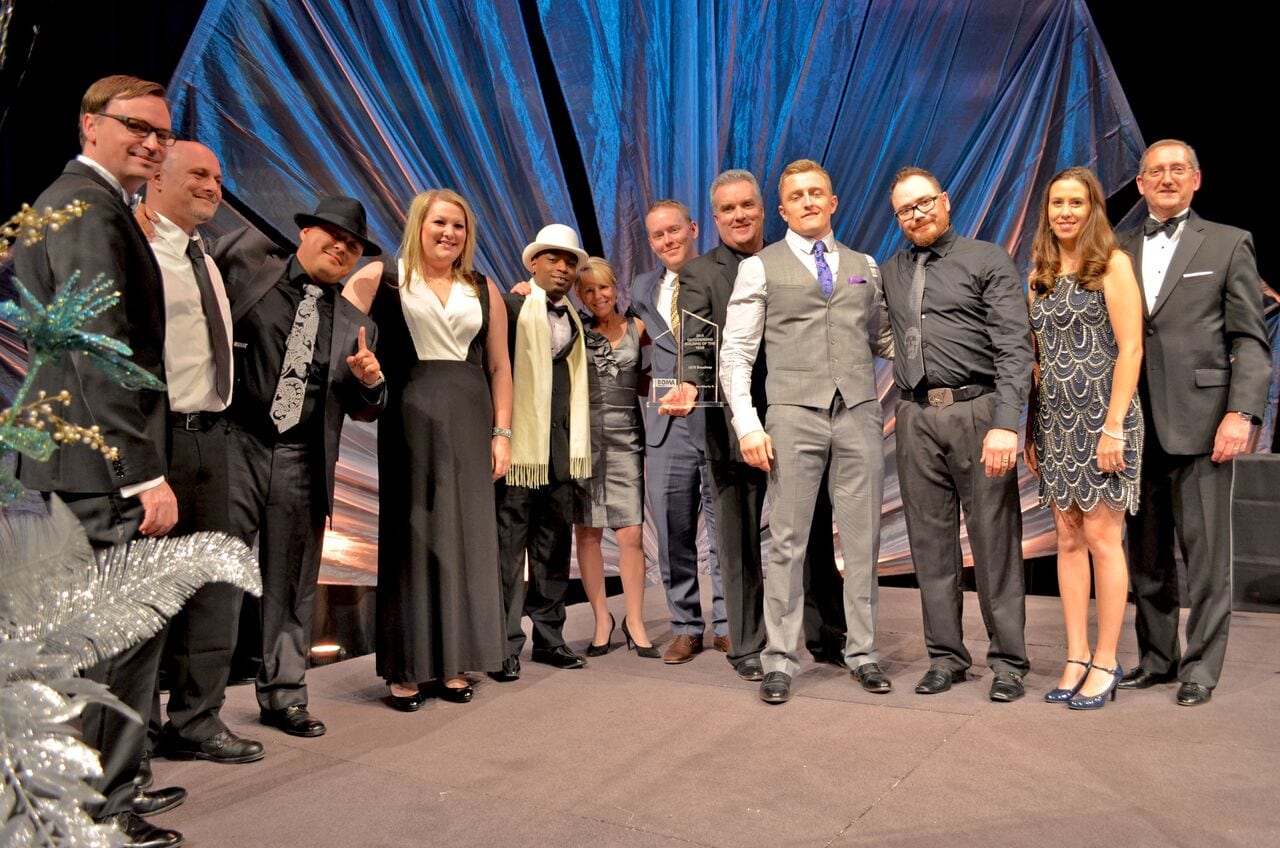 During the interview for the day-in-the-life profile piece, Purviance-Anderson immediately and repeatedly stressed that the piece should be about the day in the life of the management team, not just her day.

“I think that’s the critical component,” she said. “You cannot do this on your own. It is impossible. And why would you want to? To me, there’s no pride of authorship. It’s fun to have the camaraderie of this cohesive group.”

The environment during the team meeting and later at a team lunch was one of people at ease, yet respectful. Purviance-Anderson deploys humor, often at her own expense, to cultivate this environment, which allows her team members to laugh at themselves and each other.

Purviance-Anderson grew up in Springfield, Illinois, and worked in the Illinois state Senate before moving to Colorado in the fall of 1981. Her move came with uncertainty about what her next step would be – Colorado did not have full-time Legislature. Eventually an employment agency connected her with 1670 Broadway, which was looking for a building secretary to round out a two-man management team.

“Really, I fell into this and it just became my career,” she said. “And I’ve developed it over 33 years.”

Purviance-Anderson has been at the same building for almost her entire career, aside for a few years spent managing a property in the Denver Tech Center in the late ’90s, when she soon realized her heart remained in the central business district. She’s been the general manager of 1670 Broadway for 10 years.

“The interesting thing is that as the property changes, the demands have changed,” she said. “So, for instance, you start out as a two-person management team, now we’re this and next week it might need to look like something else.”

Purviance-Anderson and Finé were both hired by the building’s developer and trained under Bernard Sichel.

“What was really nice was we learned from the best,” she said. “He taught us common sense service, which applies even more today than it did then.”

Over time, these services have evolved into an almost never-ending list of responsibilities. During the 4½-hour visit, there was a meeting with tenants about upcoming fire drills and a buildingwide evacuation drill. There was a meeting with Brian Meehan, a project management director with Cushman & Wakefield, regarding a large lobby, atrium and tenant improvement project, which is slated to take 12 to 15 months, and will change the building envelop and add a fourth level. Then came a meeting with a tenant rep and construction team about a four-floor project under construction that involves moving occupants off floors and back on once construction is done on each floor. And finally, discussions throughout the morning regarding the quarterly reports that were due at the end of the week.

All of these tasks are in addition to collecting the rent checks, offering top-notch service, chasing vendors, handling accounting, monitoring building operations and providing security to the 3,000 or so occupants in the building every day.

Over the past 33 years, Purviance-Anderson witnessed the property management field grow and adapt. Chief among the changes: security, energy efficiency and reporting.

Security is a 24/7 responsibility, and there is a ripple effect that is much more global, she said. “You still must maintain an open environment but with the appropriate level of security, and that’s the tap dance,” she said.

She’s seen how tenants are affected by national security fears. After 9/11, she had a tenant ask for a parachute to keep in his office. Around the same time, there was a scare in the mailroom when a package with white powder was discovered. Without a detailed arsenic attack emergency response plan in place, Purviance-Anderson’s building was quickly taken over by the multiple responding agencies.

“When this happens, all of a sudden, the building is not yours anymore,” she said. So her team began changing the emergency response plans in order to maintain control and keep people calm. This includes a “building dump” that they coordinate once a year to evacuate the entire building.

The second biggest change in the management field is the importance of energy efficiency. And of all the building projects she’s worked on, the one she’s most proud of was implemented in 2013. It’s an energy management and automation system that operates as the brain of the building, collecting and analyzing the building metrics.

“The reason I really am proud of that is because there are a lot of different attributes of building systems that dovetail into the energy management system,” she said. “For every multimillion capital project, energy savings is always the goal.”

Since implementing the technology, building engineers, led by Tallent and Andrews, have made operational changes and implemented a policy known as “trim and response,” in order to make the building more efficient. In the 14 months of operation, 1670’s Energy Star score has risen one point every month, and Xcel Energy awarded the building an achievement award for the energy it saved.

This information aids the third management priority shift: reporting. “We are always reporting,” she said. “If we’re not reporting, we’re reporting on a report that we just reported on. Oh yes, the demands are extensive. And how many different ways can you explain one variance is crazy.”

However, truth be told, this analysis is her favorite part of the job.

“I think a lot of people would probably recoil at this, but I love the financial aspect,” she said. “I love to analyze what the building is doing. This building is a living, breathing being, and it changes every day.” Having the ability to drill down into the metrics to understand what they can change and improve, and then see the results is fun, she said.

This desire to understand the backstory flows into her personal life as well. Living in Parker with her husband, Alan, Purviance-Anderson admits that her personal passion is genealogy, which she’s been interested in since the late ’70s. She sticks strictly to direct ancestry. Once she tracks down a relative, she does everything she can to learn about the era that he lived, about where he lived and about what was going on historically at the time. “So I can kind of get to know them and bring them to life,” she said.

Whether discussing the implementation of energy-efficiency retrofits, free tenant safety trainings or the tenant improvement projects, Purviance-Anderson always brings it back to the building’s ownership and investors.

“This group is just incredibly supportive,” she said of 1670 Broadway Investors. “They make us feel like we’re part of the team effort and it makes us want to keep doing more and more to do well for them.”

The building has enjoyed the same ownership since 1988 and, since opening in 1980, has only had four property managers. She tells her staff often that this is a unique situation and one that they will probably never experience again.