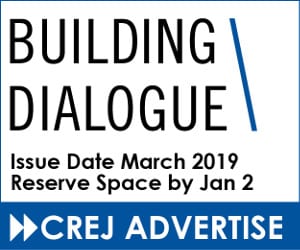 Attorney General Jeff Sessions is rescinding the Obama-era policy that had paved the way for legalized marijuana to flourish in states across the country. In a break with past federal policies taking a hands-off approach, Sessions instead will let federal prosecutors, where pot is legal, decide how aggressively to enforce federal marijuana law. How will this impact the marijuana real estate in Colorado and overall health of the commercial market?

First, what does this change in tone from the federal government really mean? I don’t think the announcement really changes much regarding enforcement priorities. They have a hard enough time figuring out how to keep the federal government open! Federal prosecutors have their hands full already; it is unlikely they will muddy the waters going after legal marijuana producers. It does make me wonder about the recent shutdown of one of the largest marijuana shops (Sweet Leaf) for looping – I had to research this term; it is basically when a customer goes in multiple times to buy marijuana; you can only sell a certain amount to each customer so selling to the same customer twice is illegal. This enforcement action does make you wonder if the federal government is exerting its influence on enforcement of marijuana laws.

Before talking about the actual impact on Colorado commercial real estate, it is important to quantify what impact the marijuana industry currently has on the overall commercial market. Marijuana-related properties occupied around 4.2 million square feet of commercial space at the beginning of 2017, out of a total of 145 million. In essence, marijuana consumes 3 to 4 percent of all industrial space in the metro area; this number is higher when you factor in the various support businesses, such as lights, packaging, testing, etc.

On the face of it, 3 to 4 percent is not a huge percentage of the total industrial space, but I would guess that marijuana consumes about 40 percent of a particular type of industrial space. Industrial space is put into groups (Classes A-D). Just like you would guess, Class A is the nicest while Class D is the worst.

Marijuana grows have been gobbling up space in the Class C/D space. Properties in the lower industrial tiers are older buildings, have lower ceiling heights and are less desirable than their higher-rated counterparts.

If the federal government takes large enforcement action against the industry, commercial real estate will no doubt be impacted. The hardest hit properties will be the Class C/D commercial properties where marijuana consumes the largest percentage.

I’m doubtful there will be much change in enforcement priorities from the federal government. There is no going back in marijuana regulation; if anything, more states are leaning toward laxer policies on marijuana. Furthermore, the revenue generated off marijuana is a “drug” unto itself for various tax jurisdictions. Nobody will give up the tax revenue without a large fight.

The real threat to the industry is the changing market. Two factors are converging that will alter the cost effectiveness of growing indoors in large metro markets like Denver. First, more supply is coming on line both in Colorado and throughout the country. As supply increases, prices, no doubt, will fall. Along with increasing supply, the industry is beginning to migrate to lower-cost areas like southwest Colorado where they can grow in greenhouses for considerably less than in a warehouse. These two factors will converge to drive prices down and the cost effectiveness of large indoor city grows becomes questionable.

What should you do? As I’ve mentioned since the industry began, investors need to focus on general purpose functional properties. The intense focus of marijuana on Class C/D properties is problematic. As the industry transforms because of market forces or federal legislation/ enforcement, these properties are most at risk. There is little to no demand for Class C/D properties that are dysfunctional with low-ceiling heights. As with any real estate transaction, the more generic a building is, the larger your audience of prospective tenants and buyers. For many marijuana properties, they are no longer generic and, therefore, the property owner will have issues when the tenant leaves.

The marijuana industry is changing rapidly. As the famous actor Jimmy Dean said, “I can’t change the direction of the wind, but I can adjust my sails to always reach my destination.” Now is the time to “adjust your sails” and focus on general-purpose properties so you can weather the storm, whichever way the wind blows.