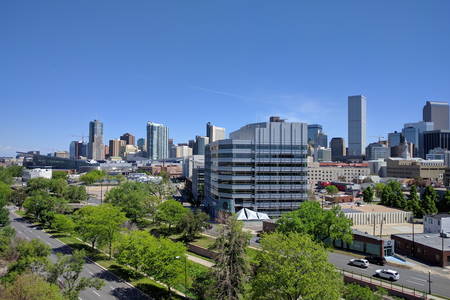 Short-term rental applications can be filled out online in Denver starting today.

STRs are rentals of residential property for fewer than 30 days at a time.

A pre-licensing checklist and application portal are available at Denvergov.org/STR.

The STR license is offered exclusively online, saving hosts a trip downtown to the city’s business licensing counter and reflecting Mayor Michael B. Hancock’s commitment to meeting Denver residents’ business needs with efficient, easy-to-use tools. It’s the city’s first online business license and to the city’s knowledge, Denver is the first in the nation to offer an online STR license.

“From our very first discussion about STR regulations, our goal has been to create a licensing structure that is easy to understand and reflects the tech-savvy nature of STR users,” said Stacie Loucks, the executive director of Denver’s Excise & Licenses department. “This new online application offers a simple and effective way for hosts to get licensed and be in compliance with the city’s new STR ordinance.”

All STR hosts in Denver must be licensed by the city by Dec. 31. Hosts may now begin the licensing process at Denvergov.org/STR, which also includes helpful recommendations for ensuring compliance once licensed.

Denver Excise & Licenses is also forming a Short-Term Rental Advisory Committee to help the department study, analyze and asses the STR license program and to recommend changes, if necessary. The committee will convene its first meeting in late summer or early fall. A call for applications will be announced this month.

At the behest of a City Council committee led by Councilwoman Mary Beth Susman and in response to community interest, Denver’s departments of Excise & Licenses and Community Planning & Development proposed a new citywide licensing and enforcement system that allows short-term rentals while limiting unwanted effects on Denver’s residential neighborhoods.

The STR licensing ordinance and related zoning text amendment underwent a thorough public process that included a public review draft, and multiple public presentations and town hall meetings in January and February of 2016. The process culminated with Denver City Council review and approval of the proposal in the spring of 2016.