Could you live in less than 400 square feet?

Apartments are getting smaller and the mix of units is getting less diverse as the multifamily market tries to balance demand from population growth with relatively stagnant income growth.

“Rents have grown much more quickly than income, so renters are stretched,” said Cary Bruteig with Apartment Appraisers & Consultants. “To help renters get in a new unit, we’re building ones they can afford – both smaller units with a total lower monthly rent and properties with more studios and one-bedrooms, probably because people still prefer to live by themselves.”

In general, this cycle has seen at least 200 to 250 square feet knocked off the average unit size from the last building cycle in the early 2000s, said Terrance Hunt, vice chairman with ARA Newmark.

The trend to get smaller has a lot to do with market demand. Driving this demand is the demographic moving to Denver, led by millennials. Other important factors range from new efficiencies in building and operating apartments to renters’ desire to live alone in urban areas. Pair this shrinking household size with the challenges facing those trying to enter the for-sale housing market and the results are people living in apartments much longer than previous generations.

For all these reasons, the demand for more affordable housing options located in vibrant, urban environments is attracting developers and renters to the microunit concept. The pitch is that renters can live where they want to live in nice, new buildings at a considerably lower rate than they’d pay for a studio or one-bedroom in the surrounding, traditional new Class A buildings.

One developer leading the way in microunits is Allante Properties. The company’s first venture into the shrinking unit size was Highland Place, where the average unit size is 640 sf and the smallest units measure 378 sf. The property includes five microunits as well as studio, one- and two-bedroom floor plans. The smaller units leased up quicker than the larger ones, many going sight unseen, said Daren Schmidt, principal of Allante Properties.

“If I were to tell you what we took from Highland Place, it was to build more micros and studios,” said Schmidt. “Unequivocally, had we taken this project and turned every unit into a studio and or a micro, we would have probably had a 50 percent increase in velocity for renting. And as it was, we leased this entire building – retail and residential – in a little under six months.”

The developers are building Tennyson Place and are in the design phase for another apartment in Uptown, Emerson Place. Both properties will be 85 percent studios and micros. There will be no two-bedrooms, and the only reason there will be any one-bedrooms is because the space in a few areas worked best in that format, Schmidt said. The average unit size at Tennyson Place will be a little over 500 sf, while Emerson Place’s average will be 480 sf.

“We’re really running with a concept, because we feel that people don’t want to pay $2,000 for an apartment,” said Jordan Meylan, director of finance and partner of Allante. He continues, “$1,400 is a lot more palatable if all you’re sacrificing is square footage.”

At rents in the $900s to $1,100s, these microunits can be touted as value proposition and have been well received by the market. In Highland Place, the units originally were marketed in the $900s, but after the first few went quickly, the price rose to $1,100.

A similar phenomenon was true at Turntable Studios. The 339-sf micro studios were advertised for $900 when the property opened in August. They now range between $1,000 and $1,250, depending on the unit’s views. The fully stabilized property is 95 percent occupied and is 97 percent leased out, said Nick Costanzo, chief operating officer with Boutique Apartments. The uniqueness of the project helped during lease-up, he said.

There is no official definition of a microunit, and the size expectation varies by city. In Denver, sources agreed that the unit should be under 400 sf. Denver has always had a sizeable number of studios in the 450- to 500-sf range, so micros need to be smaller than that, said Bruteig.

The distinction between a studio and a micro is strictly the size, said Schmidt. A micro needs to have all the main studio facets, such as a full bath, full kitchen, washer and dryer, but in a smaller footprint. Typically sitting areas or dining areas are removed. Some sort of outdoor area, either a balcony or a slider door, is important as is built-in storage and parking.

For a successful micro project, the property must be located in a popular neighborhood that offers many amenities. The building itself must be heavily amenitized as well, to give the renters areas to socialize outside of their unit, said Hunt. 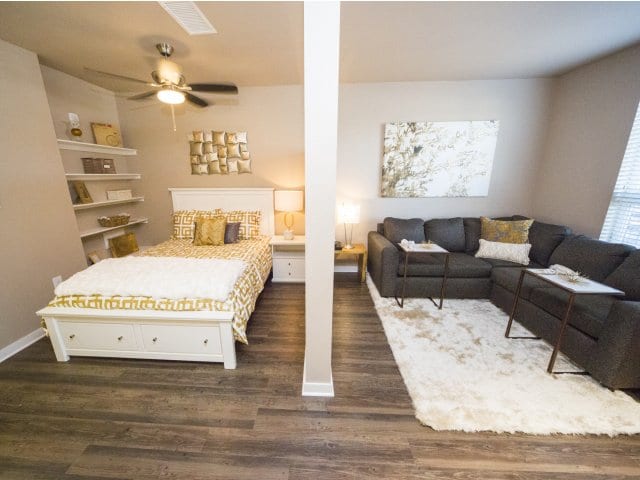 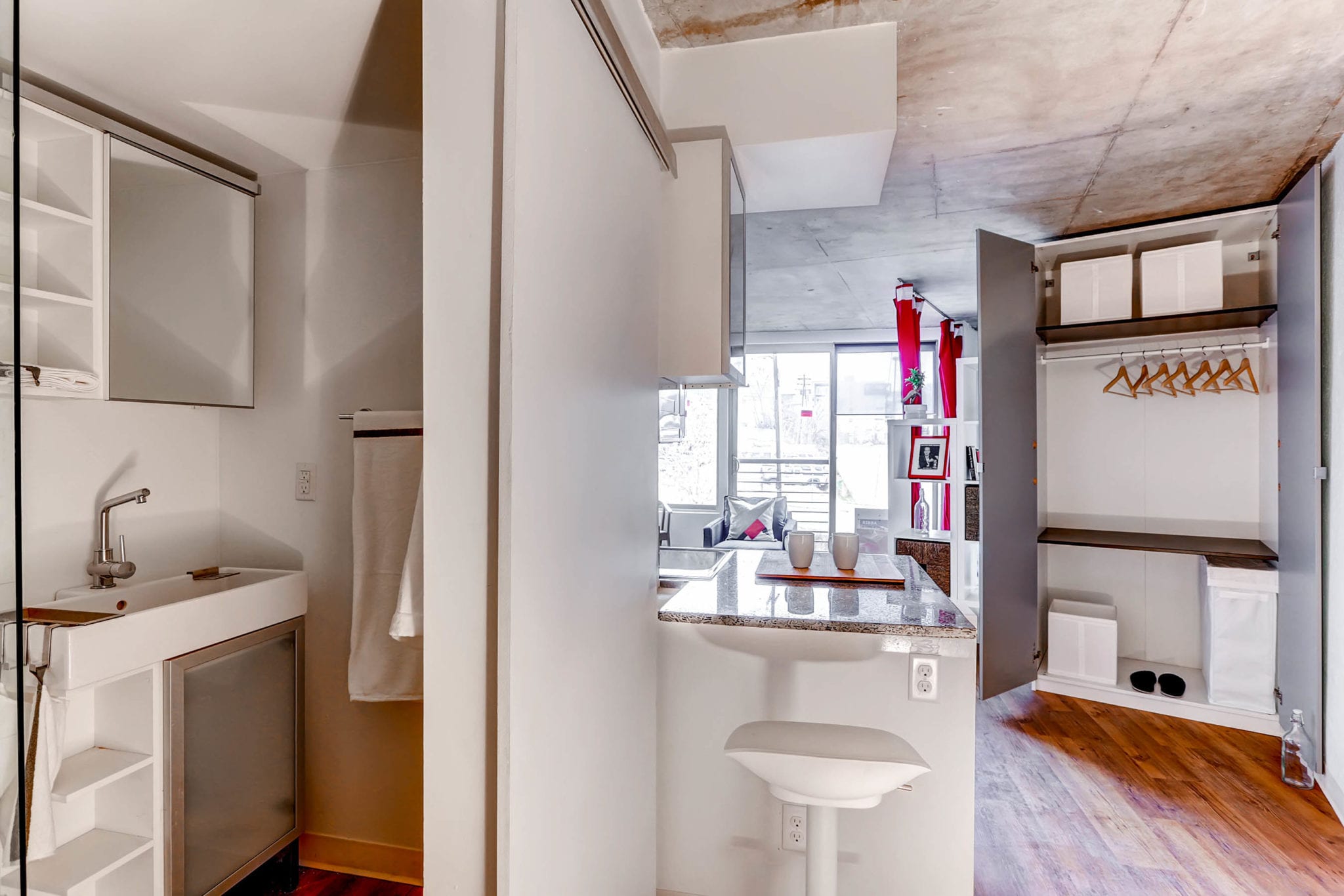 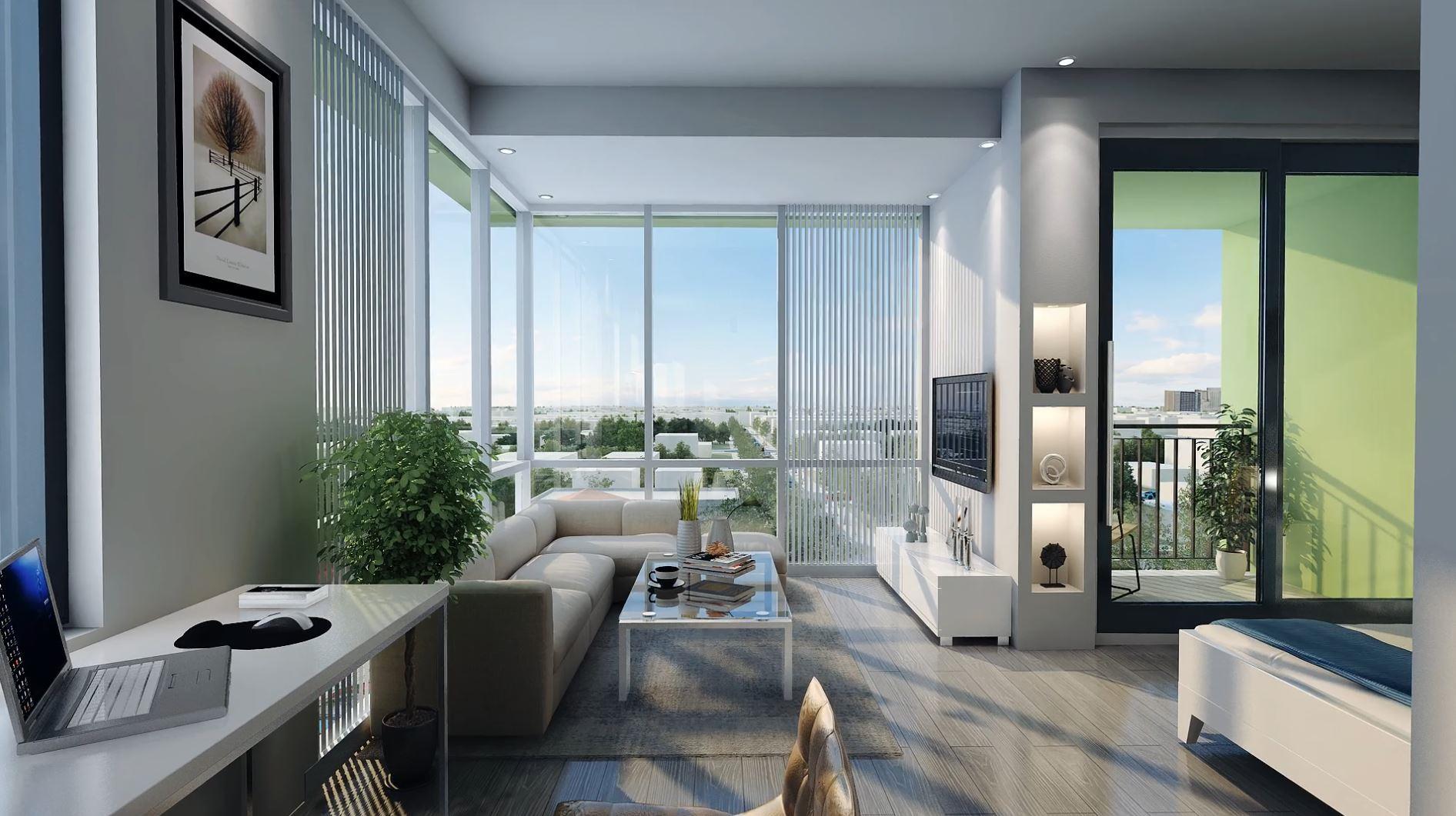 Cost is a big consideration. “I’ll tell you flat out, it is definitely more expensive to build these smaller units because you have a lot more appliances, you have more plumbing fixtures being fed into the units, you’re creating more units in a denser footprint,” said Meylan. “So naturally your cost per square foot is going to go up.”

The cost per sf is driven so high that it scares many. “You literally look at it and you’re like, ‘We can’t make this work,’ ” said Schmidt. “But then you look at the price per foot that you get in rents; you can then justify it very quickly.”

At Tennyson Place, the all-in price per foot is $526, Meylan said. But the units end up costing under $300,000, which makes it more appealing because there isn’t much available in that price range in the market, especially not in urban locations, he said.

Investors see the appeal of microunits because the properties provide a very high price per sf, while the check residents write remains very tolerable, said Hunt. Also, investors are attracted to the strong occupancy, although that comes with a higher turnover rate. About 40 percent of micro renters renew versus 57 percent of conventional renters, according to a 2013 national ULI report, The Macro View on Micro Units.

During an April CREW luncheon, panelists discussed the backlash against the term “micro” they are witnessing in some cities. With this in mind, many of the smaller units in Denver are being coined “affordable,” “efficient” and “boutique” instead of “micro.”

“What we’re finding is that microunits tap into a general aversion to density that you see in cities,” said Kim Duty, senior vice president of public affairs and industry initiatives with National Multifamily Housing Council. “The concept of densifying neighborhoods often gets neighborhood objections, so people are seeing the microunits as an even more intense densification.”

At the moment, fears of overbuilding microunits are minimal. As downtown continues to grow, the niche for microunits will remain strong, said Hunt.

From a lending perspective, the micro market is not overbuilt but – citing examples she’s seen over the past two years of the transition to smaller units – it is something lenders should be aware of and remain conservative about, said Piper Pierce with Great Western Banks.

While the ULI national survey was conducted in 2013, Stockton Williams, executive director for the ULI Terwilliger Center for Housing within Urban Land Institute, said he’d expect a current survey to reveal similar findings.

“Even if it remains only 3 percent of the market, or whatever it may be, it’s clearly more than a fad,” he said. “I think, whether its microunits or some other kind of smaller properties, we will continue to see a lot of demand in places all over the country.”

Bruteig expects the trend of decreased apartment sizes to continue. “We’re working our way down with smaller and smaller units and they continue to rent well,” he said. “So that could be the next step – the drop under 300 square feet.

Featured in May 2016 issue of Multifamily Properties Quarterly.