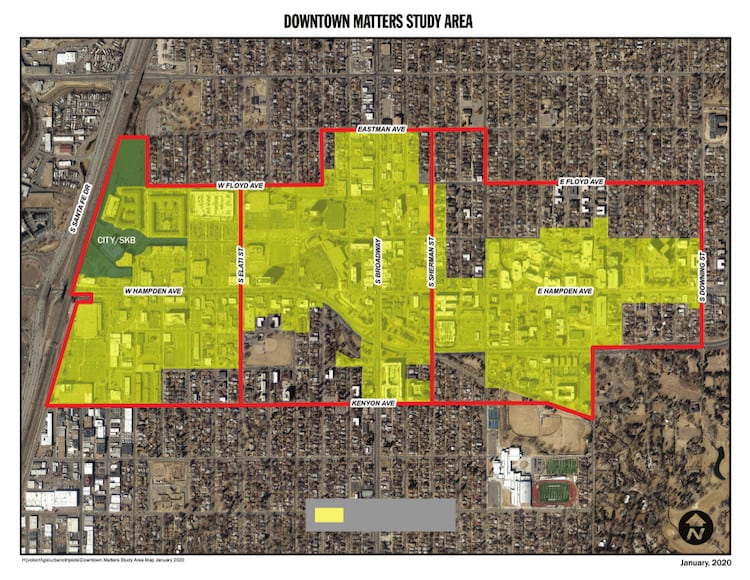 Following an 11-month competitive process, the city of Englewood selected Portland-based ScanlanKemperBard Cos. as the preferred master developer for the city to partner with in redeveloping key portions of Englewood CityCenter. Englewood City Council recently approved an initial exclusive negotiation agreement with SKB.

Together, the city and SKB will evaluate opportunities for bringing new hotel, multifamily residential, office, retail and cultural/entertainment vertical development to city properties adjacent to the Regional Transportation District’s Englewood light-rail station. They also will analyze the adjacent Civic Center building, which could be renovated to accommodate private-sector uses along with current municipal office uses. The city anticipates a long-term, collaborative public-private partnership with SKB based on a redevelopment plan formalized by year-end.

“Englewood CityCenter was the metro area’s first transit-oriented development, and we have the opportunity now to evolve it to the next stage as part of a larger downtown planning initiative,” said Dan Poremba, chief redevelopment officer for the city of Englewood. “We look forward to collaborating with SKB to leverage their success in working with other municipalities to redevelop complex, mixed-use transit-oriented developments.”

SKB partnered with Beaverton, Oregon, to redevelop an underperforming transit-oriented, mixed-use development into a revitalized live/work/play environment that activated the surrounding community. SKB is currently working with Tigard, Oregon, to undertake a mixed-use project that will serve as a catalyst for development in a federally designated opportunity zone on a new light-rail line (like Englewood).

“We are honored the city of Englewood has elected to negotiate with us, and we are excited about the opportunity to partner with them to help improve the great foundation that exists at Englewood CityCenter,” said Todd Gooding, president of SKB.

Planning will be done in conjunction with the City’s new “Downtown Matters” initiative, which will create new vision, action plan and possible Downtown Development Authority for the CityCenter area as well as parts of South Broadway and commercial areas around Craig Hospital and Swedish Medical Center. The three areas could be more connected and economically vibrant, with streetscape improvements, enhanced trolley circulator service, shared parking facilities, economic development and marketing programs. The grant-funded Downtown Matters initiative is being led by Denver-based Dig Studio, with Progressive Urban Management Associates and Portell Works.

In August 2018, a portion of CityCenter originally developed by Weingarten Realty was transferred back to its lender, creating new opportunities for re-envisioning the area. The three-square-block parcel, located south of Englewood Parkway and fronting Hampden Avenue just east of the Englewood Civic Center Building, includes approximately 219,000 square feet of space, including big box retail, smaller stores, restaurants and some offices. The city is working with LNR Partners, the property special servicer, to evaluate redevelopment options for this key part of CityCenter, located on land ground leased from the city.

Englewood CityCenter grew out of the redevelopment of Cinderella City, a regional shopping center that when it opened in the 1960s was one of the largest in the United States. The city and its real estate entity, the Englewood Environmental Foundation, still own or control about half of the original 55 acres that comprise the CityCenter area.

“We’re enthusiastic about the opportunity to reinvent and reinvigorate this main and main location,” said Poremba, “but do so in a manner that puts it back on the regional map while being true to Englewood’s small city attributes.”