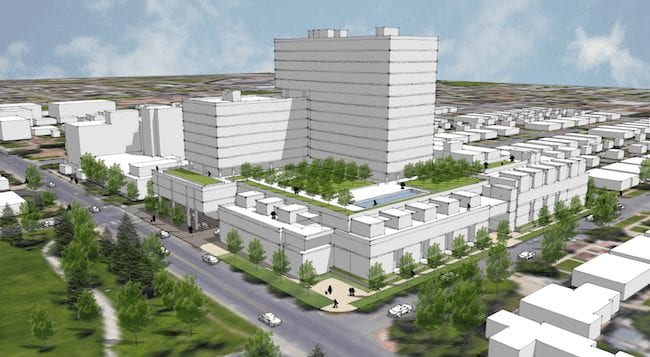 Zocalo Community Development plans to build a luxury 16-story condo tower near the increasingly trendy Sloan’s Lake Park. The energy-efficient and yet unnamed development, with a total of 515,400 square feet, would be built on a parking lot at the former Beth Israel Hospital. The development also would include an unusually large affordable workforce rental…