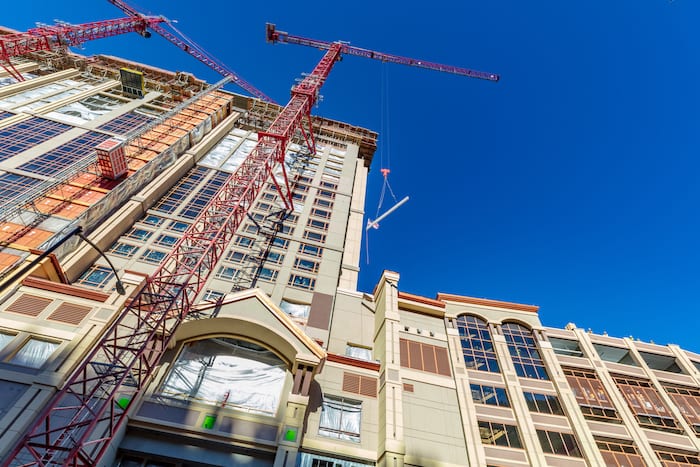 PCL Construction topped out the 23-story Monarch Hotel and Casino in Black Hawk. With completion scheduled for August, the team is working to finish construction of the exterior and interior spaces.

As part of the Regional Transportation District’s FasTracks program, PCL Construction Services Inc. has begun construction of a new parking garage at the Thornton Crossroads-104th Station on the North Metro Rail Line. The 18.5-mile commuter rail line will run from Denver Union Station through Commerce City, Northglenn and Thornton.