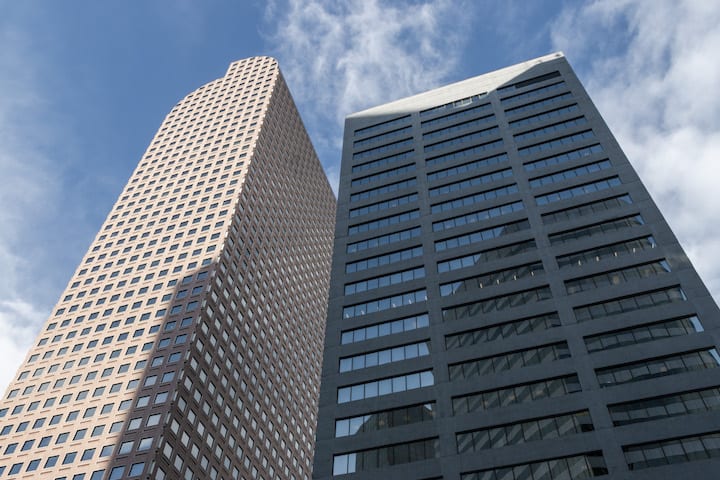 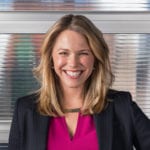 SendGrid is well-known as a unicorn in the world of tech IPOs: The email-delivery company is profitable, steadily growing its customer base and headquartered in Colorado. Back in 2016, SendGrid also was seen as a unicorn to landlords in upper downtown Denver.

The tech company left its historic, brick-and-timber digs in Larimer Square for the lower floors of 1801 California, owned solely by Brookfield Properties at the time. SendGrid employees traded in free lunches at The Market for steak frites at Guard and Grace. Ibotta, the cash-back coupon company, also backfilled some of CenturyLink’s vacancy at 1801 California in 2015 and again in 2017, but the phenomena of tech tenants flocking to upper downtown Denver did not extend any farther than 1801 California – until today. 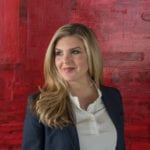 What specifically changed in Lower Downtown Denver to influence OpenTable to lease office space at Wells Fargo Center in the fourth quarter of 2017? Perhaps OpenTable was attracted to the five, 86-foot floor-to-ceiling LED columns installed by Beacon Capital Partners in the lobby and Lyft discounts offered to tenants. Maybe a workplace strategist quantified for OpenTable the efficiencies gained by working across a large floor plate, instead of being fragmented among several small floor plates. Or the Gold Wired Score at Wells Fargo Center outpaced any connectivity imaginable along Wynkoop Street in Lower Downtown Denver.

Over 1 million square feet of speculative office development was delivered in LoDo last year, and these office buildings were significantly preleased. When Gates Corp. announced its relocation to 1144 Fifteenth, several full-building tenants lined up to backfill Gates’ space at 1551 Wewatta St.

Growing tech companies, like Marketo at 51,000 square feet and Vertafore at 75,000 sf, cannot compete for office space with established 285,000-sf tenants for two reasons: size and credit. In both cases, Marketo and Vertafore chose office locations southeast of Arapahoe Street in upper downtown at Shorenstein’s City Center and LBA Realty’s Denver Place, respectively. Shorenstein and LBA Realty proactively made improvements to the building common areas, including a hangout staircase and revamping outdoor spaces, and they enhanced vacancies with exposed ceilings and polished concrete floors to attract tech tenants – and the strategy worked. 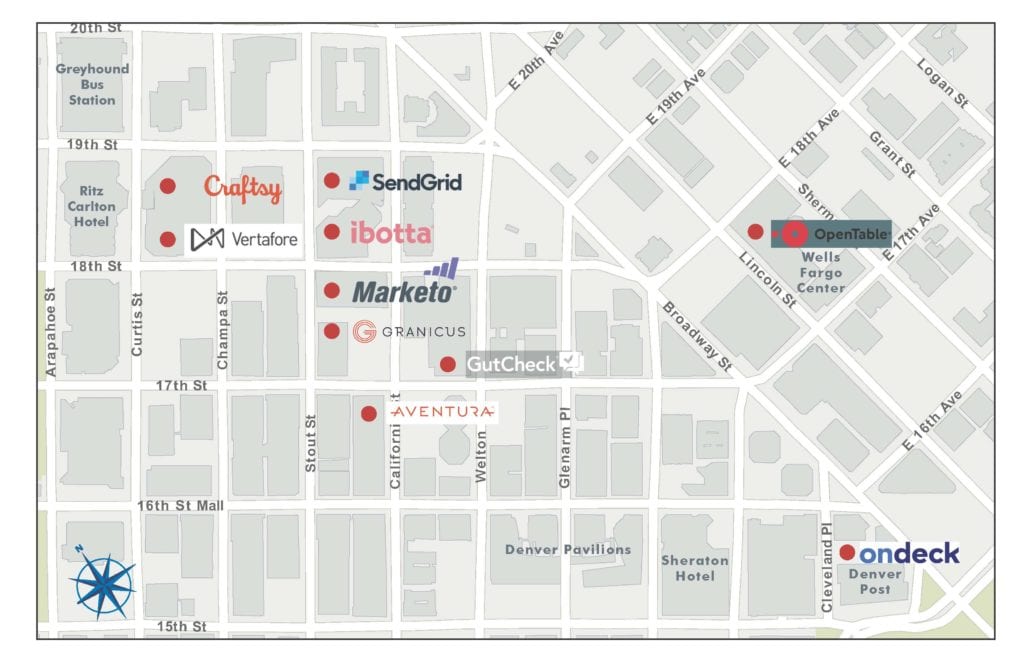 Some of the recently announced moves to upper downtown from Lower Downtown.
Courtesy Transwestern

According to Zillow, a one-bedroom apartment at Platform at Union Station costs at least $2,000 per month, whereas the same floor plan at SkyHouse Denver in UpDo costs $1,500 per month. With 300 days of sunshine a year, riding a cruiser bike 1 mile to and from Union Station retail seems like an easy compromise to save $500 per month in rent.

In fact, desirable boutique retailers also are taking root in upper downtown, like small-format Target, La Loma, Bubu Bowl and French 75. As the neighborhood continues to improve, office landlords want to know if tech demand will continue to grow. The short answer is yes. In 2017, tech companies leased 17 percent of CBD office space. Denver’s startup unicorns have evolved into gazelles that need urban office spaces that can accommodate their growing number of employees and their need for robust tech infrastructure.

Finally, the recent sale of 1660 Lincoln, formerly known as Lincoln Center, embodied the resurgence of upper downtown. Unico Properties bought 1660 Lincoln for a low basis of $133 per sf in 2013 and deployed a $17 million renovation in 2017. Most notably, the renovation process included reskinning the exterior of the old urban building to improve its appearance. Unico also added a new lobby and entryway, installed a new central plant and heating, ventilation and air-conditioning systems, and added a gym and bike storage. Lincoln Center was renamed as 1660 Lincoln to help shift its perception among tech tenants and brokers in the market. Westport Capital Partners acquired 1660 Lincoln in March  for $236 per sf.

There are now myriad economic and social drivers attracting unicorns and gazelles to UpDo. It is important for landlords to engage in placemaking to capitalize on the resurgence in demand for UpDo real estate.