The Closed-Plan: Is Office Shame a Factor? 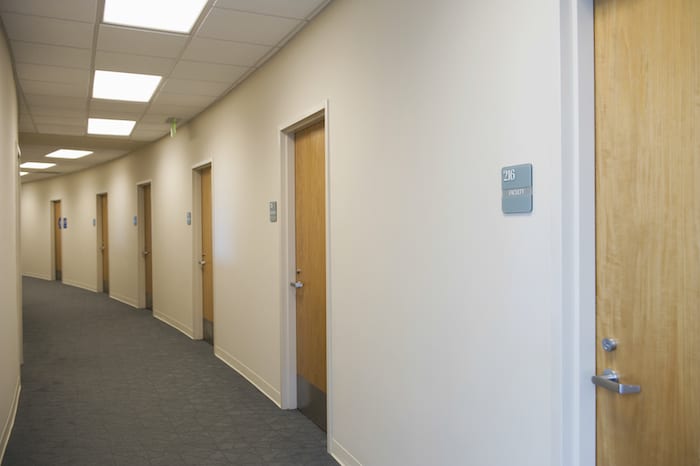 A closed-plan office suite is low on collaborative and amenities space but offers quiet, privacy, and a feeling of ownership for its inhabitants. Private offices can cost as much as 35 percent more to build-out, but still account for 30 percent of office types in the U.S.

Even the concept of a closed-plan office today seems unacceptable if not wildly unimaginable. Most office employees likely don’t know what a closed office even looks like. And why would they? The seismic shifts in workplace design have illustrated just how fleeting a cultural movement can be in a relatively short period of time. 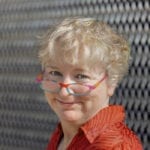 The closed or “traditional” office would eventually give way to the fully open office, which is actively morphing into any number of hybrid designs as work styles continue to evolve. Whatever these hybrids might look like, they are clearly primarily open in design. In fact, about 70 percent of all offices in the United States are open-plan, according to the International Facility Management Association. That leaves a significant block still favoring a closed design. That is, the closed-plan is dominated by private offices along the perimeter with reception and conference areas near the entrance, perhaps a kitchen or break space, and cubicles at the core if any open spaces exist at all.

This type of design is virtually anti-everything according to what we’ve been conditioned to accept. It most certainly is non-collaborative, scarce on opportunities for flexibility or agility. Incidental person-to-person communication is difficult to attain. Structurally, it’s a siloed environment, sparse, isolated from the outside world. And, shockingly, there are no pingpong tables or beer taps. In fact, the focus is on work and work only. There are no extraneous distractions within the office to entice employees to socialize after hours or during business hours for that matter.

One well-established, Denver-based oil-and-gas firm is flourishing in a closed-plan environment. Everyone gets a fixed, private office, even the part-timers. There are no cubicles in the office and no one is posted at the modest reception area. Although there is a kitchen, most workers eat lunch at their desks. The culture is – and always has been – primarily egalitarian, but top executives are rewarded with larger spaces along the windows. Collaboration is confined to the firm’s conference room and a single, enclosed huddle space. A company representative says the firm has earnestly studied other options for the office but concludes that, “We value the quality of quiet time to cultivate our way of doing business. We know what we do best, and culturally, we could not excel in an open environment. So why go any further?”

Why indeed. What we have known for well over a decade is that the open-plan office has been a disaster while the closed-plan has continued to meet with a significant percentage of success. The closed-plan office is a baseline to which other types are compared. Although there are hybrids for each style, it is the open-plan that continues to fall under the most scrutiny as companies search for a style and culture most adaptive to their employee base.

What we have known for well over a decade is that the open-plan office has been a disaster while the closed-plan has continued to meet with a significant percentage of success.

The current favorite among hybrid open offices seems to be the agile option, in which employees can work in any number of locations across the suite, or even outside of it, in amenity areas. The irony here is that employers who are proponents of the agile hybrid must take a leap of faith as their workers are scattered, sometimes out of sight, without a permanent address in the office. Similarly, employers who favor the closed-plan must believe that their people, ensconced in a fixed office with a closed door, will resist personal cell phone calls, intermittent surfing and power naps. It’s a leap of faith, as well.

Granted, both construction and real estate costs can be up to 35 percent higher for a closed-plan office. It just costs more to install fixed or even moveable walls, and the real estate footprint is accordingly larger. But that’s already a known quantity for business owners who choose to adopt that culture.

Anne Stilson-Cope is president and CEO of Corey Electrical Engineering, a 30-year-old firm based in Englewood. Its facility is immaculate and modest, spread over approximately 6,000 square feet with a reception desk, and small conference and break area. The balance of the space is a chain of fixed offices for the heads-down detail work her engineers produce. Despite her millennial-heavy staff, Stilson-Cope is all-in on the closed-plan model, although she admits to wavering.

“I have felt a little bit of office shame,” she admited. “There are some really creative spaces out there and we could use an update.” But the firm’s culture far outweighs the need for any extraneous – and expensive – real estate. “We have places to collaborate, to meet,” she said. “They just don’t need to be front and center. We have what we need.”

The thing is, there’s nobody out there pushing the narrative for the closed-plan office. It doesn’t need to be defended. It’s predictable and not all that interesting. And it’s not in the industry press. Its virtues will not overtake the functional diversity, and cultural popularity of the open-plan. Clearly, it’s not for everyone.

On the other hand, its merits are not under perpetual attack. Its proponents are true believers, even when research leans to the contrary. It’s here to stay. And on balance, it might be the most stable office platform in an environment where most others are not.