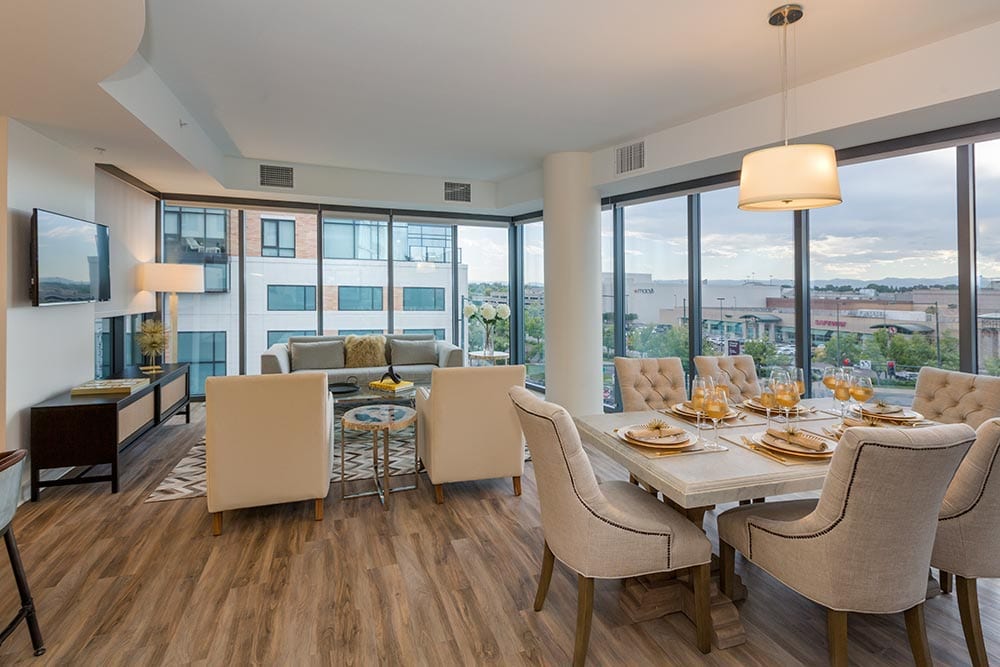 For the Coda project in Cherry Creek North, pictured above, neighbors expressed concern over how increased traffic and the project’s height could impact their community. 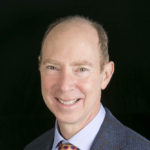 Threading the needle at 60 miles per hour is a decent metaphor for the increasing challenges of real estate development in the Front Range of Colorado. Bedeviled by labor shortages, materials cost increases, recently introduced tariffs and the market-unsettling visage of a trade war with China, construction costs outpacing income growth and ascendant power of neighborhood groups, creating attainable housing is turning into a blood sport with developers as prey.

Development supporters might fawn over increasing excitement of urbanism and the diversity of people, shopping and dining that it can bring. They are firm believers in development’s ability to create diverse housing and to bring about transportation options. Detractors of development, however, believe that the impact of development degrades quality of life and makes the things that they enjoy about where they live worse.

What divides pro- and anti-development is, I believe, what also binds them. At the heart of both the pro- and anti-development ethos are the same fundamental goals: the preservation or creation of a neighborhood that supports a “15-minute community;” communities in which residents can reach stores, schools, cultural and religious centers and friends in a dependable 15-minute walk, car ride or bike ride. From the Medieval Ages and the Roman Empire, humans are preternaturally disposed to live in compact communities for purposes of protection, trade, sharing of culture, commerce, industry and art.

But the binary land use structure of the agrarian vs. the urban of pre-World War II, where there was clear definition between city and rural, changed. It changed with auto-dependency and the creation of sprawling, in-between areas called suburbs. The suburbs still had their milestones and markers of community, of course, but their uses were simply more diffused and stratified than the urban equivalent. Post-World War ridership on streetcars that served compact neighborhoods in Lakewood, Golden, West Colfax and South Pearl Street started to decline in favor of the auto. With dominance of the auto came decentralization of land uses. Since there are few choices for transportation other than the auto, when suburban development occurs, there’s a readily apparent impact on traffic and a possible degrading of the 15-minute community.

The challenge facing developers and residents is how to maintain the communities that we’ve created or bought into in the face of seemingly rampant construction, quickly worsening traffic and a sometimes-frightening change of landscape, populated by more building and people. Depending on one’s perspective, this could be exciting or scary. For pro-development urbanists, development means more choices in their 15-minute community. For the anti-development skeptics, new building threatens their 15-minute community.

Is development necessarily antithetical to the goals of those skeptical to development? I don’t believe so, and we can point to a set of great projects that started with – and were improved due to – years-long discussions with neighbors. Our (mostly) successful history of working closely with neighborhoods is manifested in projects like RiverClay Condos in Jefferson Park and Coda in Cherry Creek where discussions with neighbors recognized and owned potential traffic and height impacts. Addressing these is a matter of bearing witness to our projects’ impact. I always start neighborhood meetings with the recognition that “I’m an uninvited guest into your neighborhood,” that they know more about their neighborhood than I do and that I find if I listen, the resulting projects are better. 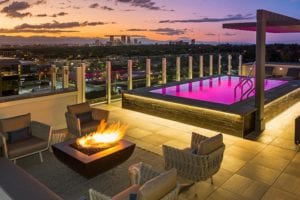 Rather than obfuscate, we share traffic studies – going so far as undertaking studies when not required – in recognition of impacts, shade studies and vehicular access plans. In Boulder, we’re intently focused on neighborhood flood concerns. In Denver, we hope to address a neighborhood’s sense of loss of affordable housing by building mixed-income communities. After we won a city of Denver-issued request for proposal for the redevelopment of a surplus land parcel in Jefferson Park, I asked Glenn Harper, the neighborhood president, why we received the neighborhood’s support in the selection among 10 responding developers. His response was clarifying and, in many ways, simplifying: Zocalo was the only developer to have asked the neighbors what they wanted to see built.

Do these steps guarantee no impact? Of course not. But what they may ensure is that the development is responsive to certain top-line issues of neighbors. These issues will be those – whether in the suburbs or in cities – that help to strengthen the 15-minute community.

Real estate development and, in particular, residential development, is increasingly difficult. Threading the needle may be an apt metaphor. Though the broader good in attempting to stitch together projects that also deliver on community goals is powerful and will lead to stronger, healthier communities.