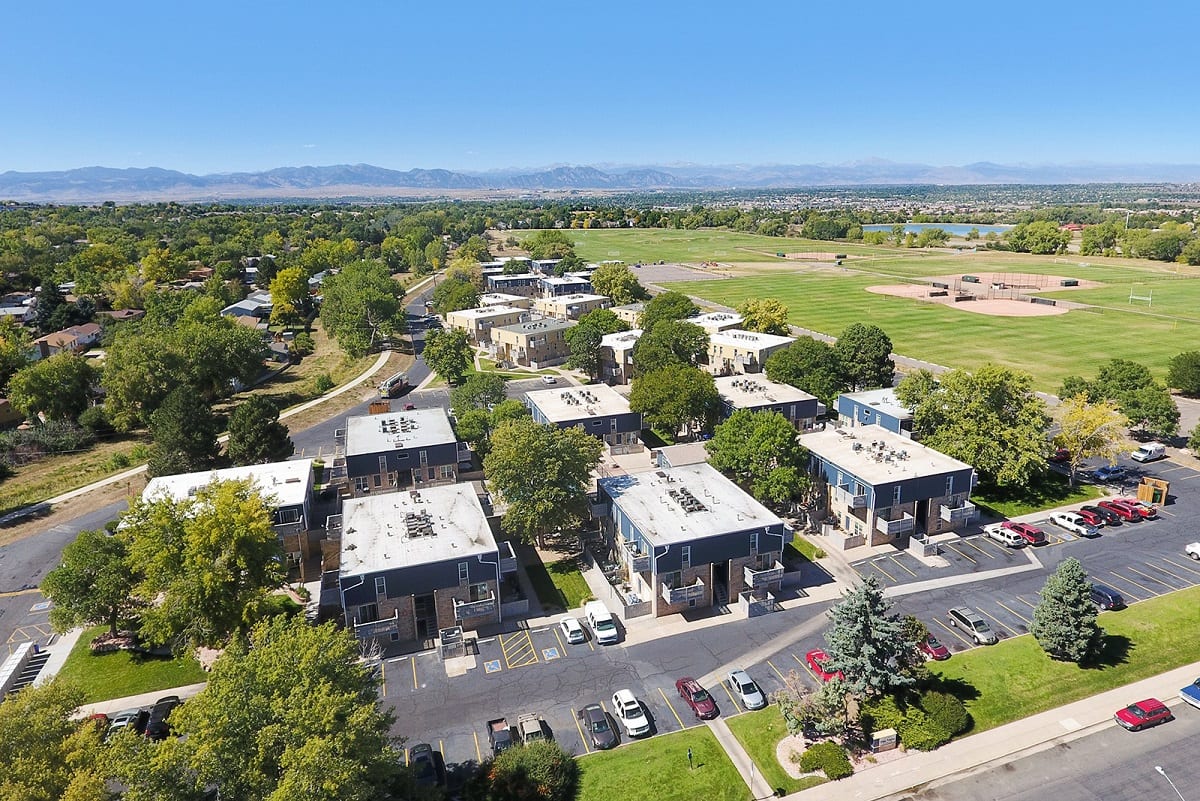 The View at North Peak, a 288-unit community at 10701 Pecos St. in Northglenn, was rebranded as View Apartments.

A California-based real estate private equity firm made its first Colorado purchase with its acquisition of The View at North Peak Apartments.

“As an experienced owner and operator of apartment communities in the Western region, including the Greater Portland, Bay Area and Los Angeles markets, we recognize Denver as a market with powerful potential for return on investment,” noted Max Sharkansky, managing partner at Trion Properties, which has been strategically evaluating acquisition opportunities in the Denver market since last year and continues to be on the lookout for Denver properties due to the market’s employment base, quality of life and strong growth trajectory.

“Denver benefits from strong employment, an affordable cost of living relative to the very high quality of life the area offers, a pool of sophisticated top talent, and the expansion of several prominent companies. These include Amazon, which recently announced Denver as one of six U.S. tech hubs it’s growing in, and Palantir, which is moving its headquarters to Denver and expects to continue to expand in the market, among others.”

The acquisition of the property is part of Trion’s acquisition strategy to identify primarily valueadd, “diamond-in-the-rough” assets in high-growth markets. The firm typically implements light to moderate exterior and interior renovations, improves operational efficiencies and rebrands the community.

Rebranded to View Apartments, the mixed-income community had seen improvements including new windows, sliding glass doors, common area improvements and some interior unit upgrades – renovations for which Trion will continue.

Constructed in 1970, The View features one- and two-bedroom apartment units with private balconies or patios.

“Multiple groups were interested in the asset,” said Craig Stack of Colliers International Multifamily Advisory Group, noting that the buyers, lenders, appraisers and inspectors, for example, all worked together in these unprecedented times to get the deal across the finish line.

“Northglenn is well positioned geographically to serve as an affordable suburb to a multitude of major employment hubs. Downtown Denver, Denver’s top employment hub, is just 11 miles south of Northglenn via I-25. Northglenn also serves as a feeder to the U.S. 36 Interlocken tech corridor and Broomfield to the west, Boulder to the northwest and the booming DIA submarket to the east,” said David Moghavem, director of acquisitions at Trion.

Because of the pandemic, Trion was careful to underwrite conservative worst-case scenarios and implemented a well-planned strategy to acquire the asset using favorable debt, according to Moghavem.

Trion typically hold its assets for three to seven years.