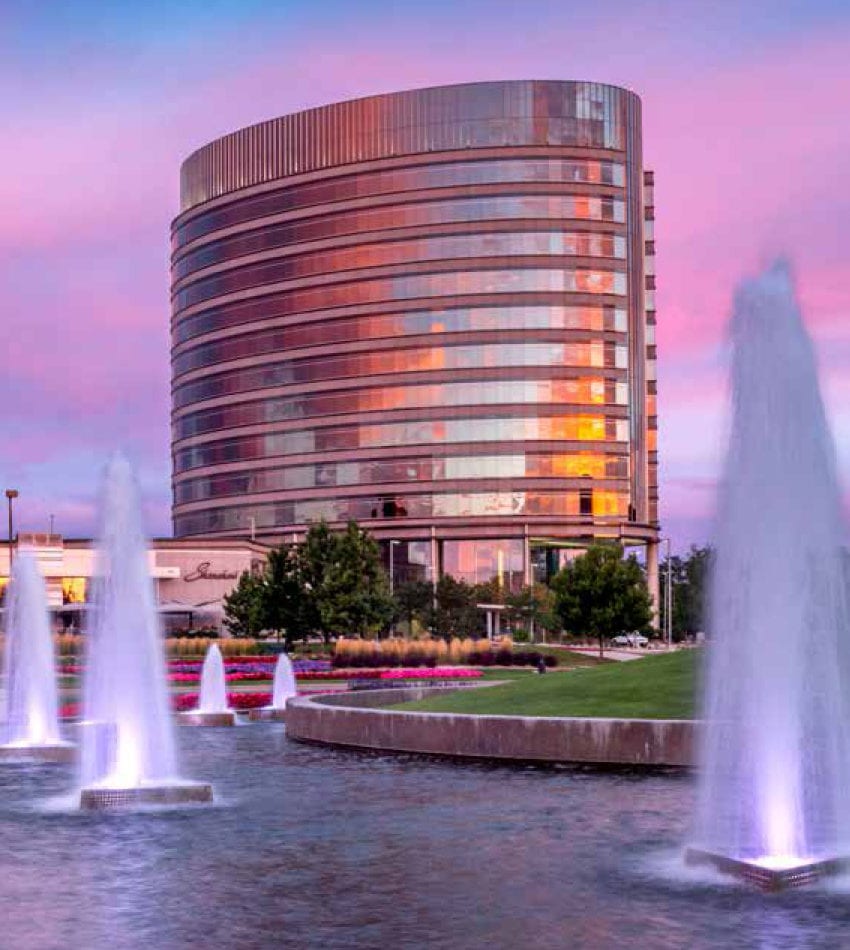 The building at 5075 S. Syracuse St. in Denver is Re/Max’s international headquarters.

A Denver-based company has acquired a trophy property anchored by a headquarters office building for $115.2 million, or $475 per square foot.

KORE Investments purchased Re/Max Plaza off market in what is the largest office deal so far this year. Located at Interstate 25 and East Belleview Avenue, the property includes the 227,997-square-foot, 12-story Re/Max International headquarters at 5075 S. Syracuse St., Shanahan’s Steakhouse, 5085 S. Syracuse, and the Snooze restaurant building, soon to open at 5073 S. Syracuse.

The overall price per sf is believed to be a record for southeast suburban Denver, besting the $424 per sf recently achieved by Granite Place at Village Center. “This is a trophy building, and it’s really on Main and Main, on Belleview and I-25,” said Jack Kim, KORE Investments founding principal. Kim considers the Re/Max headquarters building “the highest quality asset perhaps in all of the suburbs of Denver.”

The office tower was constructed in 2007 as a build-to-suit for Re/Max International, which has a master lease on the entire site. Featuring a two-story atrium lobby, high-end finishes and a glass and granite-clad exterior, it would be difficult to replace at today’s prices, said Kim.

“I don’t think you can really build this kind of asset again, especially with the high construction costs these days. I think the cost to build this same quality asset would be cost-prohibitive,” he said.

Re/Max Plaza has a fitness facility with showers and lockers, and is close to restaurants, hotels and other amenities within the Denver Tech Center.

KORE Investments, focused primarily on the Denver and Chicago markets, is a big believer in the southeast suburban Denver submarket and its future potential to attract millennials as they have families and settle down.

“The tech center market is really key for us,” said Kim.

Anchored by three well-known Colorado companies at a prominent location, “This building just feels like it’s the gateway to Denver,” he said.

Kim said he couldn’t disclose the seller. However, records show an affiliate of Equity Commonwealth has owned the property since 2010.

Tim Richey, Mike Winn, Chad Flynn and Charley Will handled the sale of Re/Max Plaza along with Guy Ponticiello of CBRE’s Chicago office.

KORE (Kingdom Oriented Real Estate) Investments is a commercial real estate investment company in which “our faith dictates how we conduct business and is behind our culture,” said Kim. As part of the acquisition of Re/Max Plaza, the company has designated $250,000 (with more to come) toward nonprofits in the areas of foster care/ adoption, poverty alleviation, inner-city youths and human trafficking, he said.