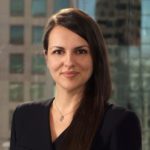 It’s months of negotiation between developers and governing entities for approval to bring a construction project to life – whether it’s residential, multifamily apartments, a gas station, an office building or a hotel.

Land is possibilities. Land brokers help their clients identify value, or lack thereof, in land sites. They dig into zoning and project approval hurdles before a site even hits the market. Their past work enables them to look into the future. No, they do not have a crystal ball – only spreadsheets and years of experience on the principal side of land transactions, which help them anticipate how developers will underwrite and analyze a purchase decision.

Land is time. The endurance and patience behind most notable redevelopments around town often is overlooked by people outside of the industry. Sellers want to be paid as much as possible, as quickly as possible, but often fail to understand that their land only holds higher value if the desired redevelopment has been approved. 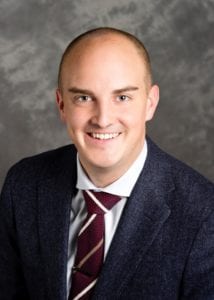 Most developers, meanwhile, will only close once final entitlement approvals are in place – and that takes time. “It’s quite the chicken and egg conversation,” said Reid Phillips, land broker at Marcus & Millichap.

Land is taxes. Another significant hurdle across Colorado municipalities has been rezoning from commercial to residential use. Online retail companies, including such giants as Amazon, have made some big-box stores and brick-and-mortar retail concepts obsolete while leaving the real estate – as well as the sales tax that these businesses generated – behind.

As a result, developers often are left to carve out sometimes significant retail acreage in a site plan to ensure its approval, Burnham said. Municipalities, meanwhile, focus on the future tax budget more than the lease-up viability of the retail space.

The team’s listing at 6500 Coal Mine in Jefferson County is a great example. The 8-acre property that was once a Kmart is now dark. The vision for its redevelopment seems to mirror River North or Cherry Creek with vertically integrated uses and walkable local-brand shops and restaurants, Phillips said.

But, just as those of RiNo and Cherry Creek, that concept is not cheap. 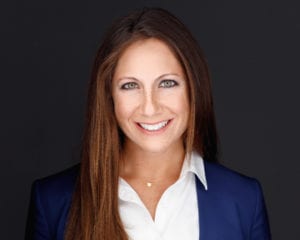 “Rents that would support this project are significantly above market outside of those core Denver areas. Moreover, retailer feedback does not support leasing growth at this location – period. The buyer of this site will need to face a difficult rezoning conversation with the county and make a case for majority residential use of the site in line with market demand today,” Burnham said. “In certain municipalities, so many projects have been shot down in final hearings after hundreds of thousands of dollars have been spent by the developer on engineering and planning. Developers are more often avoiding that upfront financial risk in this environment.”

The secret is out – Colorado is a great place to live. Real estate pricing has doubled and even tripled since the last downturn. We also have seen residential master plan developers reach farther out than ever before from Denver, Boulder and Fort Collins to supply homes that are affordable.

“The ‘drive to qualify’ trend – in which housing prices become lower the farther out you get from a major city – is no novel concept,” Burnham said. “This trend applies to every growing city in the country. Where Colorado is unique is in its water supply. We are turning ‘drive to qualify’ on its head.”

The price of raw water to serve residential master plan communities has increased by approximately 300%. For example, the cost per share from the Colorado-Big Thompson Project was between $20,000 and $30,000 12-18 months ago. In their most recent transaction, the team saw this number increase to $60,000 per share.

Meanwhile, according to Phillips, some towns are running out of water as master plan communities build out.

“The option for developers and homebuilders to pay cash-in-lieu for water is starting to disappear,” Phillips said. There are several coalitions formed between municipalities in Northern Colorado to create long-term solutions. However, such plans will likely take 10-20 years to effectuate, Phillips said.

Land is home. Housing prices can only absorb so much when it comes to the cost of water.

“People cannot and will not pay more for the same house in tertiary locations – regardless of demand,” Burnham said. “Homebuyers have a number of options when purchasing a home for, say, $400,000. That home may be smaller when it’s closer to Denver, larger out by DIA and may include a basement in Thornton. But, what doesn’t work is offering that same $400,000 home for $450,000 in Dacono simply because the price of water to build that home is that much higher.”

“An open mind between municipality leaders and developers is vital at this point,” Burnham said. “Everyone knows there is a problem. Unless the desired solution is to stop building homes and stop improving infrastructure and community cohesion, we need to be creative.”