Urban renewal marches on as state changes some rules 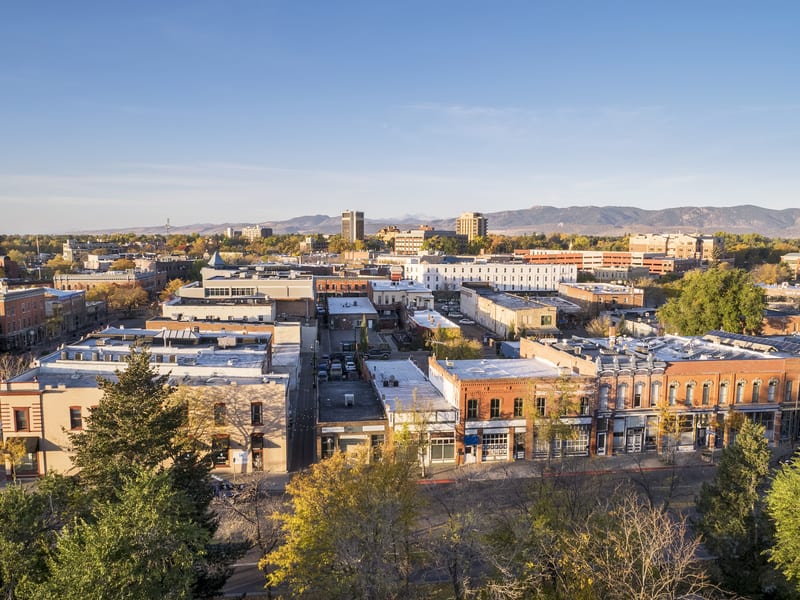 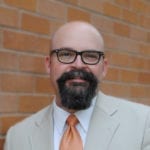 Urban renewal is a sensitive topic in Colorado. Beyond the familiar philosophical debates involving some variation of blight vs. gentrification vs. historic vs. economic development vs. public health vs. the free market vs. property condemnation vs. Blucifer, a persistent dispute smolders between local governments over tax money and equity. At an interesting time when opportunity zones now merge with a lively urban redevelopment market, it is timely to note that a few key urban renewal finance rules in Colorado have changed, and the implications for developers, citizens, investors and local public treasuries should become more clear soon. In the next downturn, will private-public partnership-driven urban renewal keep momentum?

Standing on the College Avenue bridge as it stretches north from Old Town Fort Collins across the Cache la Poudre River, visitors see clear evidence of the town’s western pioneer heritage, neatly juxtaposed among state-of-the-art civic and commercial projects. Every direction the eye looks, a grand civic project of its own time is in view, usually near an equally grand civic project from an entirely different time. To the southeast, the Colorado State University Powerhouse Energy Campus (circa 1935 and 2014); to the southwest, the hyper-modern Fort Collins Museum of Discovery and OtterBox Digital Dome Theater (circa 2012); to the south, historic Old Town (circa 1867); and to the northeast, the world-class Innosphere technology incubator (circa 2010). At this historic crossroads along the Poudre River, urban renewal does not seem anachronistic or disjointed, not despite the visible paradoxes, but rather because of them.

In terms of grand and civic, the urban renewal project below the College Avenue bridge promises to be the next crown jewel in Fort Collins. The old Coy Ditch diversion structure (circa 1865) was removed from the Poudre riverbed last year in order to make room for a new $11.5 million urban whitewater park that not only features beach access and an urban kayak park, but also enhances flood mitigation, improves fish passage, and provides plenty of shade for picnics and people watching. What used to be a gritty and often abused section of the Poudre River corridor this summer will transform into a primary central gathering spot in Fort Collins. Located on the busy Poudre River Trail (which provides access to nine different city-owned natural areas and parks located within 1 mile), the whitewater park will serve as a critical human activity link between Old Town and the eclectic part of town commonly known as North College.

North College. The North College neighborhood begins at the Poudre River bridge and extends north for a little over 1 mile, effectively ending where College Avenue begins to turn into a highway heading northwest toward North Park and Wyoming. Historically a highway corridor lined with auto repair shops and motels, North College Avenue did not benefit from previous economic booms enjoyed by the rest of Fort Collins, largely due to inadequate infrastructure, a dangerous and incongruent street character, and no credible community vision for improvement. Auto versus pedestrian/cyclist accidents were not uncommon, tax revenues were soft, real estate values were relatively stagnant, public perception of a high crime rate was notorious, and nearly every condition required for a statutory blight designation was clear and present.

Fortunately, almost every good urban renewal story features champions, catalysts and small victories, and North College is no exception to this pattern. A handful of visionary property and business owners along North College Avenue organized themselves about 15 years ago. With the tenacity of true pioneers, they convinced the city of Fort Collins Urban Renewal Authority to join them and, as a result, the North College Urban Renewal Plan was commenced in 2004. Then, about 10 years ago, two catalyst projects partially supported by tax-increment financing provided by the URA were built near the two de facto gateways of North College: a large King Soopers Marketplace center on the north side, and the Innosphere technology incubator on the south side.

Since then, new development activity between these two anchors has been steady, including new national credit tenants, a newly relocated independent movie theater, a major expansion of the world-famous outdoor retailer Jax, and hundreds of new apartments and single-family homes. Concurrently, the character and streetscape of North College Avenue were completely overhauled, and major stormwater infrastructure improvements are ongoing.

Yet, even with all the redevelopment activity, a familiar rhythm of life persists along North College. The King Soopers Marketplace nearly surrounds Pobre Pancho’s Mexican restaurant, a North College mainstay for more than 50 years, which somehow resisted being folded into the adjacent redevelopment plan. Also nearby is a bowling alley, new and remodeled industrial/flex buildings, several taquerias, a few cannabis dispensaries, and even a few legacy motels and automotive shops. Remember the crown jewel of that new whitewater park seen from the bridge over the Poudre? It too was partially funded by TIF money and, after approximately $14 million in pledged TIF money in this area, it seems that North College should retain much of its authentic and uniquely Fort Collins sense of place and time.

Reformed urban renewal in Colorado. On the heels of the North College URA projects, the Fort Collins URA will consider a proposal to establish the new College and Drake Urban Renewal Plan, which would utilize TIF money for major real estate developments and public improvements at and near a key intersection in midtown. Concept development plans include a new King Soopers store on the site of a former Kmart, as well as a major hotel, apartments and new retail shops across the street. While the proposed redevelopment plans may seem like a standard urban renewal program, the College and Drake Urban Renewal Plan is notable in the sense that the evaluation process will be a substantial local test of recently revised Colorado urban renewal statutes.

It has been almost four years since former Gov. Hickenlooper signed the “Urban Redevelopment Fairness Act” (HB 15-1348), legislation intended to fix a few common criticisms of Colorado urban renewal practices. While the fundamentals and implications of those criticisms are nuanced, generally speaking, nonmunicipal taxing entities in Colorado (county governments, ambulance districts, school districts, etc.) have long asserted that municipal URA boards unintentionally harm the ability of counties and districts to provide services when the URA pledges maximum TIF revenue to renewal projects with little, if any, consideration of the county and district budgets. Generally speaking.

So, now that HB 15-1348 is law, what does the practical near-term future look like for urban renewal in Colorado? Most often, active URA boards will expand to include voting representatives from the local government entities impacted by TIF pledges made by the URA (creating the curious potential for acute dilemmas for board members representing counties and districts). Additionally, proposed TIF packages will be negotiated in detail among affected taxing entities within prescribed timeframes, and then mediated if necessary.

Because market activity is regarded as an objective and reliable indicator of economic feasibility – and there appear to be plenty of new URA projects underway throughout Colorado – it seems that any new political or timing risks associated with the newer URA rules already may have been deemed nominal and reasonable by a sufficient number of real estate developers, though this premise could be disproved within a few clumsy years. In any event, for the sake of special urban places in Colorado similar to the area around the Poudre River bridge on College Avenue, urban renewal as a process and institution must adapt quickly in order to continue delivering appreciable long-term benefits for the public good while remaining financially viable and credible for private capital interests.