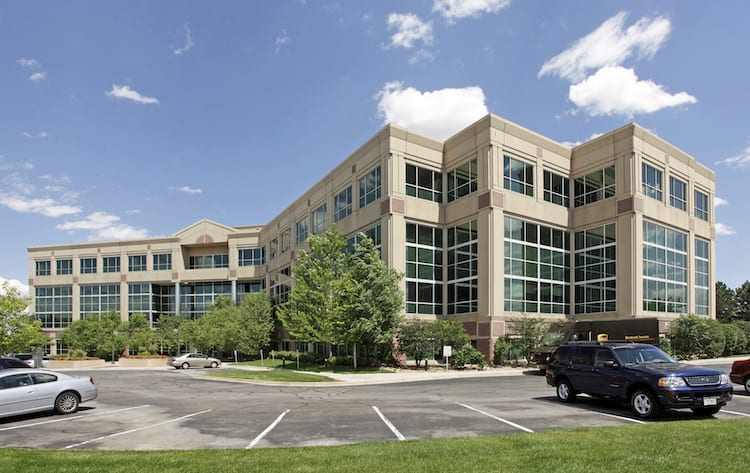 The building at 400 Inverness was 84% occupied at the time of sale.

While the name of the buyer wasn’t released, records show entities affiliated with global institutional asset management company Farallon Capital Management LLC bought the portfolio, which comprises 418,495 square feet. One of the buildings, 105 Technology Drive in Broomfield, is 100% leased, but overall occupancy was far less, presenting an opportunity to add value through lease-up.

“Across the board, the portfolio was hovering around 60% occupancy – some buildings were more leased than others. Generally, the play here was the opportunity to lease it up to stabilization,” commented Jenny Knowlton, vice president of CBRE’s Capital Markets Institutional Properties team in Denver.

SteelWave and Colony Capital sold the portfolio at a price of $117.09 per sf. The assets are:

The buildings house numerous tenants, including technology companies SAIC, which occupies 105 Technology Drive in Interlocken Advanced Technology Environment; and F5 Networks, which has space in Centennial Valley II. The SM Stoller Corp., an environmental and technical consulting and engineering services company, is a tenant at 105 Technology Drive.

“We had a lot of interest in this portfolio,” said Knowlton.

“While it was spread out across the city, it was really good real estate and generally in areas that investors would look to target assets individually,” she said. “True value-add opportunities are so rare today, and especially to have it be good real state in a market like Denver.”