Watershed to bridge office space with outdoors in RiNo 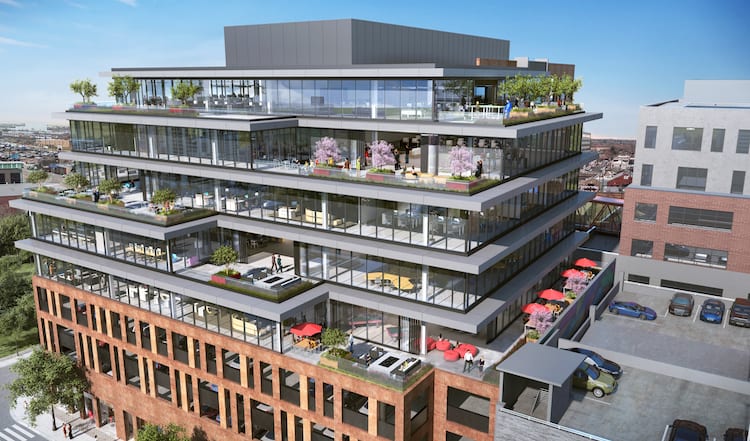 A series of eight outdoor patios will step toward the South Platte River.

Koelbel and Co., along with L&M Capital, is creating a new option for office and retail users in River North with Watershed, a nine-story building with outdoor spaces cascading toward the South Platte River.

The approximately $72 million development at 3555 Brighton Blvd. is moving toward groundbreaking in early 2020 and opening in mid-2021. It will provide 167,000 square feet of office space in a market where large blocks of space desirable to technology tenants are becoming more and more scarce. 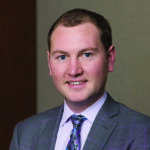 Located near the 38th & Blake commuter rail station, “The building itself will be a draw to potential employees, and the proximity to where they live is significant to companies looking to attract top talent, especially the ones relocating from out of state,” said Dean Koelbel, Koelbel and Co. director of leasing operations. “We believe we’re at the peak of the bell curve. Larger tech companies understand that RiNo is the place to be in Denver.”

Koelbel said the company already has had a half-dozen inquires for large blocks of space from tech users, many of which have significant growth projections over the next three to five years.

With 13,000 sf of ground-level, “experiential” retail space connecting Brighton Boulevard to an activated alley, Watershed will offer a lobby presence for anchor tenants that wish to showcase products. There will be three levels of parking and five floors of office space with options for interconnectivity.

A highlight of the building will be more than 9,000 sf of dedicated/private outdoor space on a series of eight outdoor patios facing the river. A daylit vertical stair will connect the building to surrounding amenities, including the new River North Promenade district, trails, hotels, restaurants, breweries and galleries.

Designed by Gensler to create a timeless presence on Brighton Boulevard, Watershed will feature a masonry façade with window apertures, balconies and pockets of open space breaking up large floor plates.

The building will be next to the Catalyst Health-Tech Innovation campus, a venture of Koelbel, Mike Biselli and L&M Capital that was designed and built by The Beck Group and broke ground three years ago.

“When Catalyst was introduced to the market, the mix of amenities offered to tenants set the tone for new commercial projects in our market,” said Jon Gambrill, principal at Gensler. “Watershed represents this continuation of that dynamic vision to push the boundary in our market of how a building and the amenities within can create a thriving community that supports any and all companies housed within.

“We are also excited that this development will be recognized by tenants for supporting how they work at a different level and will become the turning point for RiNo’s commercial viability,” Gambill said.

“Koelbel’s involvement in RiNo started with Industry, a collaborative office complex, followed by Catalyst and now Watershed,” said Buz Koelbel, president of Koelbel and Co. “Collectively they represent the flagship buildings for our commercial portfolio. The River Promenade district and all it will offer to the area can’t be found anywhere else in Denver and will surely make RiNo the location of choice for Denver employers.”

JE Dunn Construction is the contractor for Watershed.