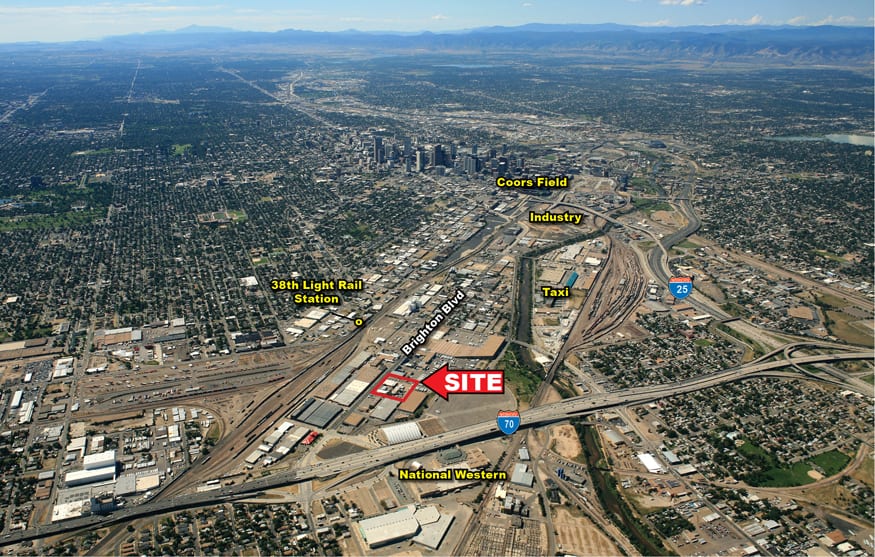 Westfield has added approximately 3 acres across from Midtown Industrial Center to its Brighton Boulevard holdings.

A redevelopment project in River North has grown by 2.92 acres.

Denver-based Westfield Company Inc., which owns the 14-acre Midtown Industrial Center between 40th and 43rd streets on the east side of Brighton Boulevard, bought 2.92 acres across the street at 4201, 4211, 4221 and 4203 Brighton. The property contains four industrial buildings ranging from 3,200 to 14,140 square feet and likely will be incorporated into Midtown’s future redevelopment.

“We think the two sites are complementary from a use perspective,” said Rich Wham, a partner in Westfield. Westfield paid $5.3 million for the site, which is divided by railroad tracks. Hunt Family Partnership LLLP, which is affiliated with one of the companies that operate on the property, was the seller.

The building at 4201 Brighton is a barrel-roof structure with skylights.

CBRE’s Daniel Close, who represented the seller with Murray Platt, also of CBRE, said there was “unbelievable activity” on the listing, and the site was under contract for nearly a year. CBRE’s Jim Bolt and Tyler Carner represented the buyer.

The tenants’ leases expire within the next year, and Wham said Westfield has maintained short-term leases at Midtown to allow for future development.

Westfield is in the master-planning process for redevelopment of Midtown Industrial Center, which is a block from a commuter-rail station on the soon-to-open East Rail line between Denver Union Station and Denver International Airport. With the addition of the 2.92 acres, it owns approximately 17 acres along Brighton that contain more than 400,000 sf of industrial buildings.