Where are Denver apartment rents headed in 2020? 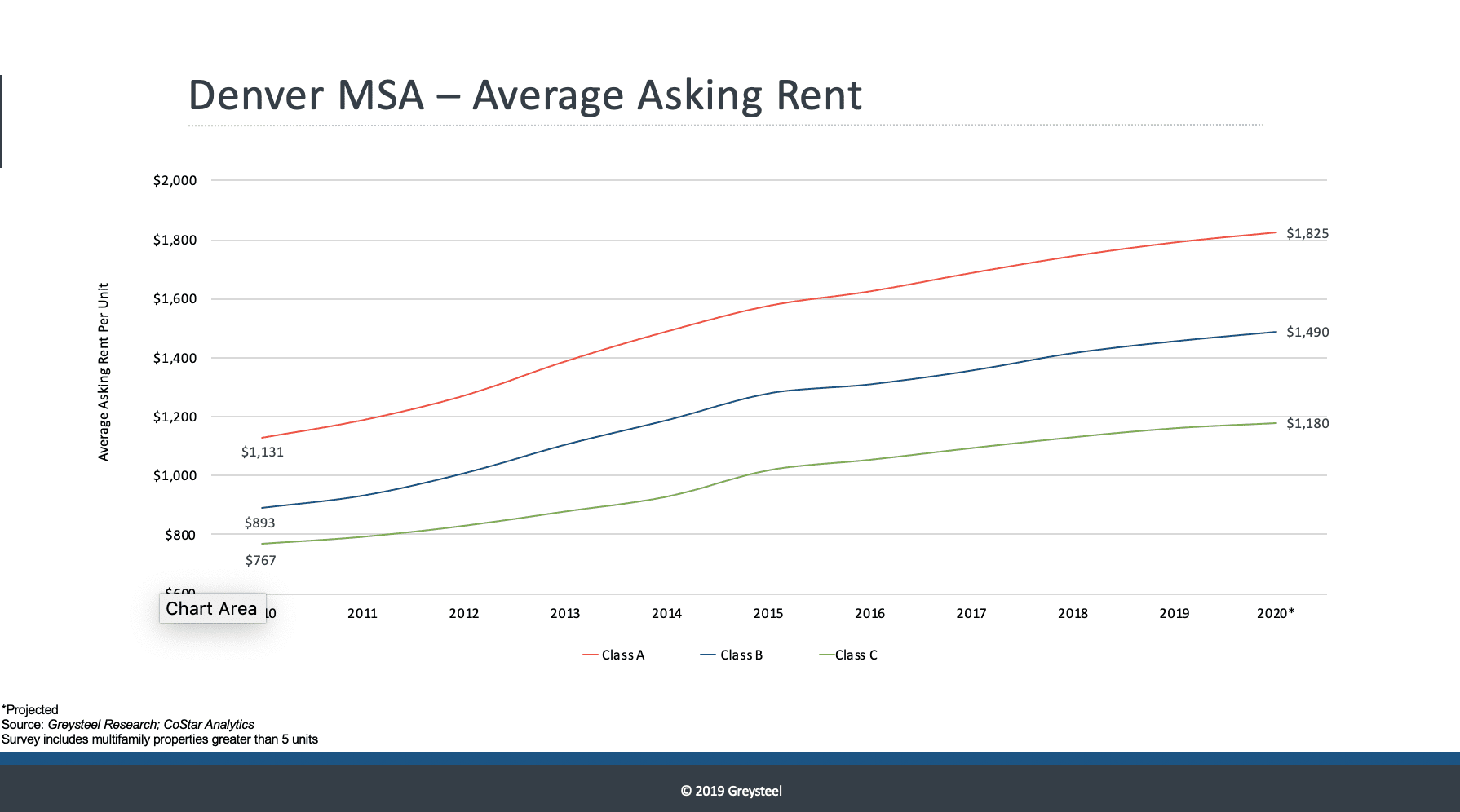 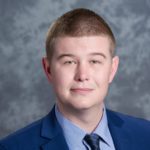 Denver continues to be a premier destination for job seekers in this growth cycle, but net migration and total employment growth is decelerating from their peaks set earlier in the cycle. Home to nearly 3 million people, Denver’s population increased by 1.5% in 2018 and 1.3% year to date, compared to the national growth rate of 0.8%. Total nonfarm employment in the Denver metro area was up 1.8% (26,900 jobs) year over year in August and the unemployment rate dipped to 2.6%, down 70 basis points from one year earlier.

Denver’s strong economy and increase in population has resulted in higher rents. Since 2010, overall asking rents have surged over 66%, which in turn has given rise to housing affordability problems. Earlier this year, Colorado legislators considered Senate Bill 19-225, which would have repealed a 1981 law prohibiting counties or municipalities (local governments) to impose rent control. Many landlords and property owners feared this bill would have had a negative impact on the future of the state’s rental market. Many even stated they would rather sell their properties than deal with rent control. Luckily for landlords, the bill did not pass the Senate.

Even with in-migration slowing and the abundance of new developments adding to supply, rents likely will continue to increase, but not at the same rates we’ve seen in the past few years. Rent growth is expected to plateau in Class A properties with concession offerings increasing, while Class B and Class C properties are projected to see stronger rent growth with the opportunities that value-add properties can offer. Value-add properties are Class C or older Class B properties that investors buy and renovate to bring the units up to date and subsequently raise rents to complement the improvements.

Class A: Starting to soften. The uptick in new developments in areas such as Lower Downtown, River North, Five Points and Jefferson Park has brought thousands of Class A units to Denver and set a record for the most Class A new development completions in 2018. However, demand did not keep up and is expected to fall behind again this year. With such an overflow of new units in the market, Class A vacancy rates have started to rise, forcing Class A owners to provide larger concessions in order to attract new tenants, as well to retain their current tenants. Competition for tenants will continue to increase as additional developments are planned for 2020. From 2016 to 2018, Class A asking rents averaged an increase of 3.4% annually, which is about half the average annual rent growth of 6.9% experienced from 2011 to 2015. Class A asking rents are expected to increase 2.6% this year and 1.9% in 2020.

Class B: The rise of value-add. With asking rents surging more than 63% over the past 10 years, Class B apartments have seen the largest rent growth in the metro area. With asking rents being so high in downtown Denver, suburbs such as Lakewood, Wheat Ridge and Arvada have seen an increase in demand for rental units. Tenants are open to looking for living options farther away from the city center with public transportation options, like the FasTracks light-rail system, allowing quick access to downtown Denver. This has given rise to the increase in demand for Class B units in these areas. Moreover, the abundance of value-add properties in the suburbs provides investors the opportunity to renovate and raise rents, which increases the net operating income. From 2011 to 2015, Class B asking rents averaged an increase of 7.5% annually, more than double the average annual rent growth of 3.4% recorded from 2016 to 2018. Class B asking rents are expected to increase 2.8% and 2.2% in 2019 and 2020, respectively.

Class C: Vacancy at an all-time low. The dramatic rise in rental rates has caused an affordability issue for many tenants who have had to downsize or move into a more affordable living space. This growing trend has increased the demand for Class C apartments. However, there are only so many units available within the market with demand increasing and supply staying the same. The vacancy rate for Class C properties has dipped to an all-time low as a result. This could cause concern for tenants who are already paying the maximum rents they can afford.

Senate Bill 19-225 would have had the largest impact on this demographic and potentially solved the issue of increasing rent, but, in return, it would have restricted property owners from increasing property values and hurting the overall futures of many properties. Because the bill did not pass, tenants should expect to continue to see a rise in average asking rents. From 2016 to 2018, Class C asking rents averaged an increase of 3.6% annually, the highest average annual growth rate of the three apartment classes. Class C asking rents are projected to increase 2.7% this year and 1.5% in 2020.