The gross product of the U.S. solar market is $46 billion, and it directly employs 260,000 people. Fifty gigawatts of production capacity has been installed in the U.S. to date, which is enough to power 10 million homes. 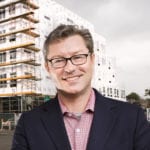 If someone came up to you (hopefully someone you know, not someone off the street) and told you that you could lock in your energy prices for your building for the next 20 years at a lower rate than what is charged by the utility, would you say yes? Hopefully you’d say, “Thanks, but I don’t have enough information,” and then read this article.

The quick answer to that question is that yes, it can make sense to lock in a cheap, long-term, fixed supply of energy – with the right financing tool. Which option you select will depend on the nature of your business and your goals for solar.

Solar power purchase agreements. The solar market is larger and more sophisticated than many commercial real estate professionals suspect. The gross product of the U.S. solar market is $46 billion, and it directly employs 260,000 people. Fifty gigawatts of production capacity has been installed in the U.S. to date, which is enough to power 10 million homes. However, capacity will double to 100 gigawatts by 2022, according to the Solar Energy Industry Association. At that rate of growth, it could power the U.S. grid by mid-century, though likely it will be among a mix of energy sources including other renewables and traditional petroleum products.

Big picture: What are the benefits of solar to buildings owners and operators? First and foremost, owners crave consistency. Oil prices, while so low and stable during this decade (ironically, due to both the proliferation of renewable energy and of shale gas), are projected to rise to above $100 per barrel again in the near future. Property owners seeking to lock in low energy prices with minimal capital investment often are steered toward solar power purchase agreements.

A PPA defines the terms of the transaction; the sale of energy from the producer, who develops and creates electricity, to the “off-taker,” who agrees to purchase the electricity, at a certain price, for a specified period of time (usually five to 25 years).

PPAs were classically an agreement between a utility (large-scale producer) and a government or corporate off-taker (large-scale buyer). Utilities can leverage economies of scale, the most economical financing and creditworthy purchasers, to produce electricity with the lowest overall “levelized cost of energy.”

While utility-scale solar has seen enormous growth over the past decade, the small- to midsize commercial sector has stayed flat or even declined. Why? For the opposite reasons that utility scale has grown – smaller-scale solar development lacks significant economies of scale, the most economical financing and creditworthy purchasers. Thus the levelized cost of energy is higher, and the benefit is reduced.

The creative financing solution. This is where creative financing comes into the story. With tools like Commercial Property Assessed Clean Energy, the PPA transaction is secured by a property tax assessment. The C-PACE assessment is secured by a lien on the property, just like a special assessment like a sewer, and very similar to a metro district assessment. This form of assessment financing eliminates the credit risk of the buyer, as the project is evaluated on its own economic merits, including income produced as well as energy saved, and reducing the imputed interest rate from the 9 to 10 percent range down to 6 to 7 percent range.

In a traditional PPA, a solar developer would install solar generation on site, selling it to the building owner or operator. The energy buyer can reap the benefits of solar energy without having to invest in the equipment out of pocket. However, that building owner then misses out on the benefits of the tax credits that are involved with solar energy generation, the depreciation benefits involved with the purchase of capital assets and they don’t own the equipment when the period is done.

With PACE financing, the building owners still can benefit from the solar PPA with no money out of pocket – but they would then be the owners of the equipment, reaping the tax credits and depreciation benefits, and that enhanced solar asset value accrues to the overall value of the building.

Another creative way that PACE can be used to lower the levelized cost of energy of community solar projects are to prepay for the electricity produced in the PPA. In other words, factoring in the volume and cost of energy produced, the escalation in price over time and the time value of money, the PPA off-taker agrees to pay for the electricity in a lump sum up front.

Prepaying locks in a lower rate and provides capital for the solar installation, further reducing the overall cost of producing the electricity. The PACE assessment is collateralized by the “prepaid PPA asset” versus the physical asset of the solar system. Instead of paying a monthly power bill, the off-taker pays an annual or bi-annual PACE assessment, which is structured to provide more cash flow through most of the life of the contract.

The takeaway. A final factor is the availability of federal solar investment tax credits, since the availability of this credit is a major driver of solar development. In fact, for many projects, the economics don’t work without them. The business that installs, develops and/or finances the project gets the credits. The credits can be sold to tax credit investors and used to finance renewable energy projects.

Thus, much of the urgency of solar development now and in the near future is due to the looming reduction and expiration of credits. If you are an entity that can take advantage of these tax credits, it makes more sense to lock in energy rates through a mechanism like PACE, using a PPA. That said, for nonprofit developers and owners who can’t take advantage of tax credits, there are ways to structure the PACE-PPA transaction to take advantage of the credits by passing them through to investors.

For developers and owner of commercial buildings, investing in solar itself may make sense, depending on the dynamics of the site, the legal structure of the business and the cost of energy in the region. Where it does make sense, PPAs can be a way for owners to reap the benefits of solar without having to invest in developing a solar installation. For those with the tax liabilities to make ownership more attractive, PACE combined with a PPA can help further improve the economics of the solar installation, locking in long-term pricing, while taking advantage of tax credits and depreciation.