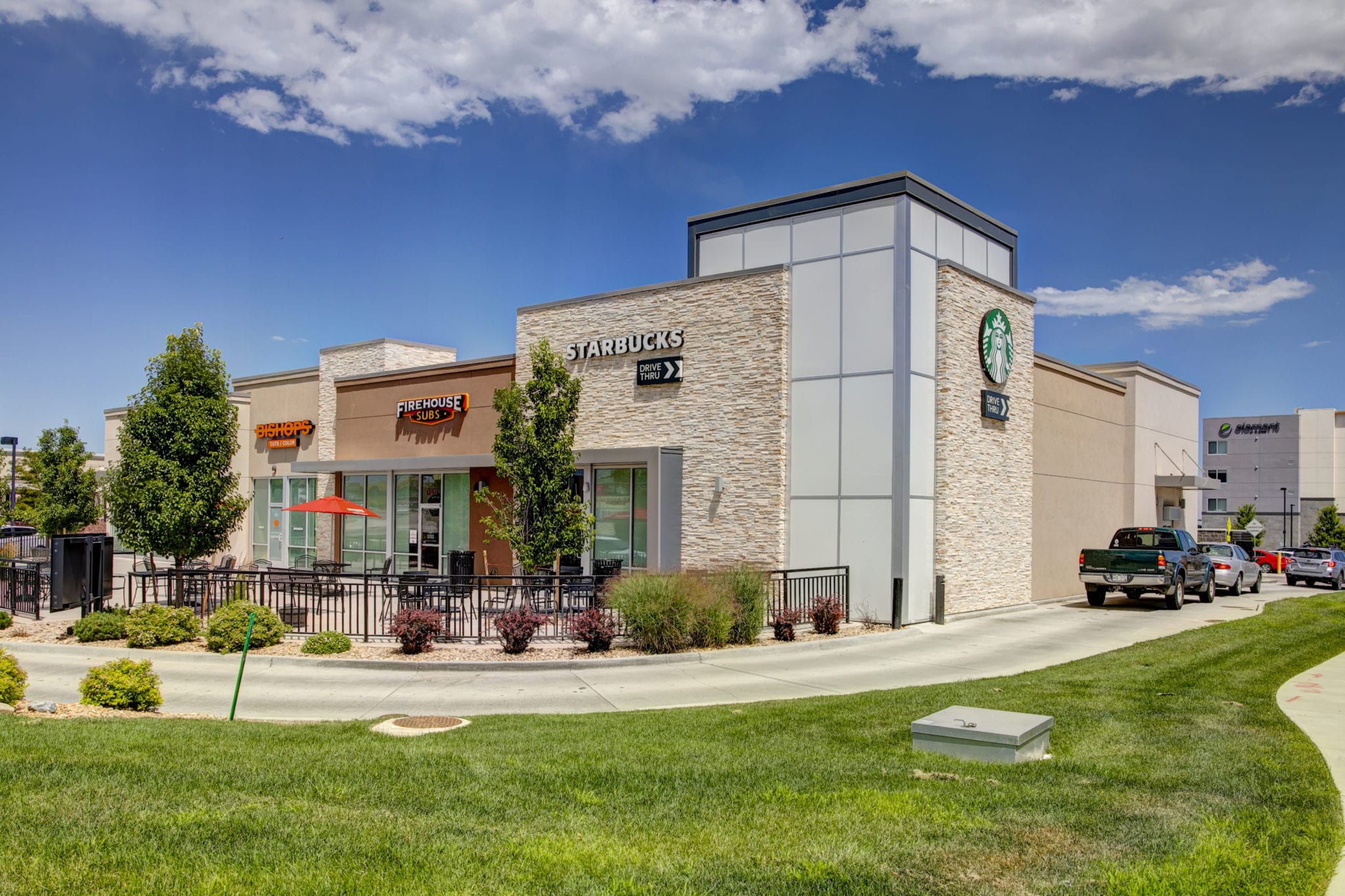 Small-format retail centers with marquee tenants represent a sought-after retail property type, especially when located in trophy areas. This Starbucks-anchored, 7,570-square-foot property in Superior sold for $6 million, or $793 per square foot, in January 2019. 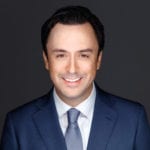 As we enter 2020, Colorado remains one of the most desirable markets in the country for investors targeting income-producing shopping centers. These investors typically are targeting cash flow, security and the vibrant Colorado economy. The city of Denver has experienced a well-documented expansion since 2010, growing by approximately 20% over that time, and countless employers followed suit.

With the rise in cost of living, many people now are moving to secondary and tertiary markets around the state for the same quality of life motivations that attracted people to Denver. Colorado Springs has led the way with a rapidly growing population, booming housing market (ranked No.7 Top Housing Market for 2020 by Realtor.com) and lower cost of living. Investors have taken notice and now increasingly are targeting secondary and tertiary markets, where they can achieve more favorable yields than the Denver metro area, but still benefit from the expanding Colorado economy. 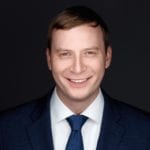 While the number of investment sales and total dollar volume was down in 2019, capitalization rates remain near all-time lows and average price-per-square-foot are at all-time highs. This also is a trend we’ve seen nationally, which demonstrates the demand for shopping centers and their attractiveness as an investment even if supply has been limited. The market for shopping centers ended on a very strong note in 2019. So far, at least, we are seeing that momentum carried into 2020.

In 2019, there were 88 transactions of income-producing multitenant retail properties in Colorado over $2.5 million. That is down from the previous two years when there were 102 in 2018 and 104 in 2017. Transactions were down nationally as well. This was due, in part, to the interest rate environment at the beginning of the year. Rates increased throughout 2018 and there was a strong sentiment among investors in early 2019 that our historically low rates may finally be coming to an end. Due to the trade war with China and other geopolitical events, there was a substantial amount of uncertainty and concern regarding how these macro events might impact commercial real estate investments.

However, the 10-year Treasury began to fall (peaked in fall 2018 at 3.2%, and decreased to 1.8% at the end of 2019) and the doomsday prognostications did not materialize. Investors responded aggressively in the second half of 2019, and in the fourth quarter year-over-year quarterly volume for shopping center sales increased by 193%, per Real Capital Analytics. The election will create some uncertainty in the second half of the year, but interest rates are expected to remain low by historical standards for most of 2020. 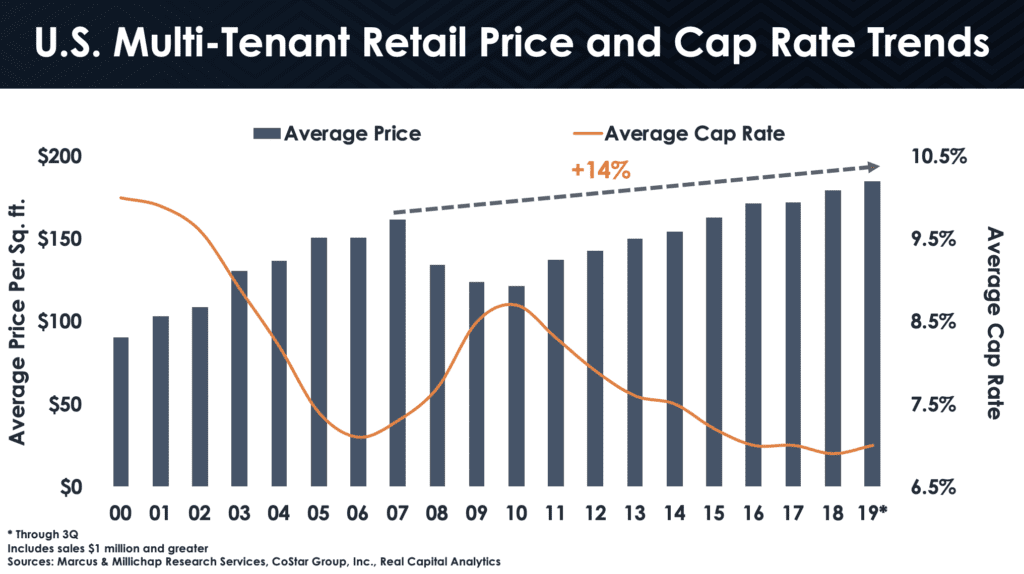 The most sought-after multitenant retail properties continue to be grocery anchored with the grocer included in the collateral, King Soopers or Whole Foods anchored centers in particular. However, in 2019, only three of these centers traded and two of them were purchased by The Kroenke Group. This has left a considerable amount of capital chasing fewer and fewer properties. The buyers trying to place this capital are targeting Colorado for new acquisitions but have been stuck on the sidelines due to the shrinking supply of grocery-anchored product available in the marketplace.

In order to achieve their investment goals, buyers have expanded their acquisition criteria. We have seen an increase in the number of investors who target shadow-anchored centers (which do not include the anchor on the rent roll) and unanchored properties on high visibility corners or thoroughfares. The key being the number of visitors who see the center on a daily/semi-daily basis, whether that’s due to a strong anchor or a high traffic corridor or intersection. These small-format retail centers typically have tenant mixes dominated by food and service-oriented retailers who are thriving in the world of e-commerce competition. In addition, the average suite size is typically 1,500-3,000 square feet and can be leased to tenants with a variety of uses.

The rise of e-commerce has had the greatest negative impact (among open-air retail) on power centers. The vast majority of their income stream is generated by big-box retailers, who have seen a tremendous amount of change as they adapt their business models to best suit their customers. In general, capitalization rates for these centers have increased by 150-250 basis points over the last three years. However, due to increasing yields, more investors entered or re-entered into this segment of the market in 2019. The additional cash flow, and a greater understanding of which retailers are thriving in the new era, has allowed them to quantify their downside risk and achieve the necessary returns even if some of the tenants will need to be replaced over time. 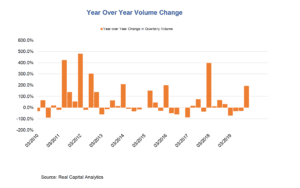 One consistent trend we have seen since 2016 was year-over-year growth in retail rents, averaging 5% annual growth over that time, according to CoStar. Those robust gains did not continue in 2019, as the Denver metro area realized only a modest gain of less than 1%. In addition, vacancy rates fell every year for the last 10 years, but experienced a slight uptick in 2019. By historical standards, however, the overall vacancy rate remained low at 4.6%, per CoStar.

The world of retail is evolving and, while certain retailers are experiencing headwinds in the era of e-commerce, tenants in the grocery/food, fitness, entertainment, service and discount segments are thriving. These retailers drive a significant amount of traffic to shopping centers, and they target shopping centers in submarkets that meet their demographic requirements (population growth, average incomes, density and job growth). Colorado offers an abundant number of submarkets that check these boxes, and the number of these markets is increasing due to the rapid growth we are seeing in secondary and tertiary markets. College-educated people from across the country are moving to Colorado for a better quality of life, and employers will continue to follow the labor force. Due to this, we anticipate market demand for multitenant retail investments will remain strong in 2020, and Colorado will outperform the nation on most key economic indicators.