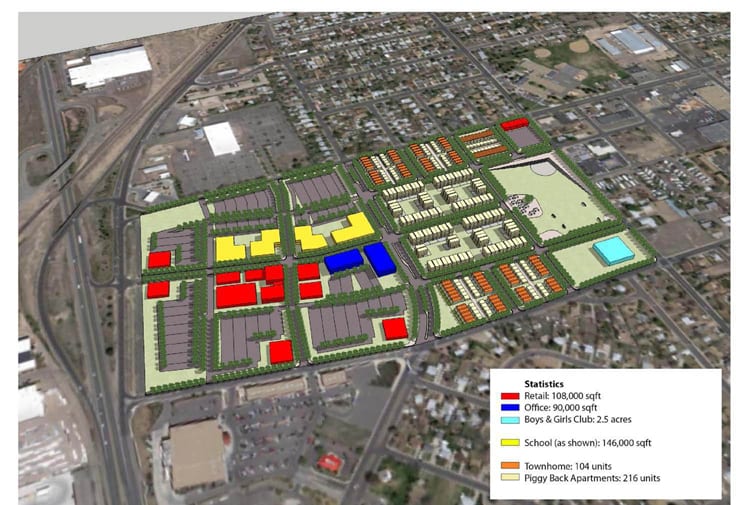 Commerce City’s Urban Renewal Authority and City Council concluded 20 months of negotiations Monday night, approving a master development agreement with REGen LLC for the former Mile High Greyhound Park site. The agreement marks a new milestone for the redevelopment project, which will begin the zoning and land-use process, and urban renewal planning consistent with new state legislation. Construction of infrastructure, such as regional drainage facility, roads and storm sewer are expected to begin in 2017.

Redevelopment of this site will support the long-term economic vitality of the city by reconnecting neighborhoods, creating a sense of place and generating economic development opportunities.”

“Redevelopment of this site will support the long-term economic vitality of the city by reconnecting neighborhoods, creating a sense of place and generating economic development opportunities,” said Mayor Sean Ford. “The Urban Renewal Authority was committed to delivering the project in a responsible way by partnering with a qualified development company. We’re excited to get dirt moving next year.”

The Mile High Greyhound Park dog track and racing club was built in 1946, with dog racing ending in 2008. The 65-acre site in the heart of historic Commerce City was purchased by the URA in 2011 to further the city’s strategic vision of a mixed-use area. Following the purchase, extensive public outreach shaped initial plans for the area, including civic and educational uses, retail business opportunities, multifamily housing and office space. At full build-out, the redevelopment could potentially create 1,454 permanent employees, generating $65.4 million in income on an annual basis.

The URA completed demolition activities in 2013 and REGen LLC was selected as the master developer in 2014 following a competitive procurement process.

The Suncor Boys & Girls Club opened last year on 2.5-acres of land donated by the URA.

“Our common objective is to build a high-quality mixed-use, mixed-income project that will mend the rift in the fabric of Commerce City that has existed since the greyhound park ceased operations,” said Rick Wells, president of REGen LLC. “I am excited to take the next step in the redevelopment and complete the planning, rezoning, financing processes that ultimately will lead to construction on this critical project.”

Public hearings to approve the zoning are expected in the third quarter of 2016 with the project’s URA plan to be completed by the end of 2016. More information is available at c3gov.com/MHGP.