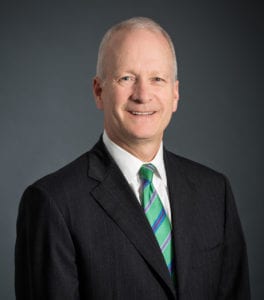 Name any commercial real estate trophy asset in Denver, and Mike Winn has probably sold it at least once, and perhaps three or four times. 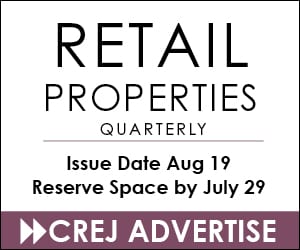 So, although Winn’s recently announced retirement – he likes the term “rewirement” – is something of a jolt to the Denver commercial real estate community, the Winn-Richey Team will continue running like a well-oiled machine. Richey, and partners Chad Flynn, Jenny Knowlton and Charley Will share the values that are the foundation for the team’s success: ethics, integrity, putting the client’s needs first and a lot of hard work, said Winn.

“They’re all just incredible people. You just don’t see that kind of longevity and that kind of loyalty, and it’s just a great team. It’s like family,” he said. Eight years his junior, Richey “intends to work very hard for a long time,” noted Winn.

“Mike and the team’s market dominance is unquestionably impressive, but the real legacy Mike leaves behind is the positive impact he has had on our organization and the industry at large. It’s rare for someone at the pinnacle of his field to be so committed to team building and mentoring the next generation of top producers,” commented Pete Schippits, division president, CBRE’s Mountain Northwest Advisory Services.

Although Winn and his team have been working on a succession plan for more than four years, Winn admitted he was “nervous” about retiring after 35 years of a very driven commercial real estate career. “I still have a lot of energy. I’ve just moved to the next chapter,” he said.

“For the rest of this year, I’m focusing on personal health and family health. I want to push those from very good to excellent, and now I’ve got the time to do that,” he said during a phone interview from the golf course at Copper Mountain.

“Down the road, I will start looking at not-for-profit organizations. My wife, Leslie, and I have been financial supporters of a couple of dozen very nice organizations, but I’ve never given any of my time,” said Winn. “So, I want to continue the financial support, and I want to pick out a couple that are most interesting, that I could be passionate about and give some of my time, with the ultimate goal to make the world a better place before I check out.”

The couple plans to enjoy more time at their second home in Copper Mountain but also spend time at their home in Lakewood, socializing with friends in the Denver area.

Also, “I have three grandsons, they’re getting to the age, at 4, 2, and 8 months, that they’re very interesting and fun, and I want to spend more time with them,” Winn said. He and his wife also will, eventually, continue to travel internationally.

He will miss the personal relationships with clients, partners and team members, Winn said. “To everyone that I’ve met over the years, it’s been my pleasure to work with each and every one of you,” he commented.

Having handled more than 500 transactions in his career, Winn said it’s difficult to cite the most memorable, although the Denver Pavilions would be right up there because of its complex ownership structure, urban renewal authority bonds, “multiple partners with different companies with different agendas,” and other factors. And there was the largest deal – the sale of a majority stake in the 1801 California office tower – again “incredibly time-consuming, incredibly complicated.”

That and many other assets, including the Triangle Building, 1401 Lawrence and 1601 Regatta, achieved record prices per square foot. The team sold Denver City Center for $400 million earlier this year – a price that, given the COVID-19-driven market slowdown, could be the largest deal of the year.

Winn takes pride in the fact that around 98% of time the team sold an asset, the new owner retained it to sell the asset when the time came. “Loyalty from our clients was unparalleled.”

“The money takes care of itself if you take care of the clients,” said Winn, who first teamed up with Richey at Grubb & Ellis. The two spent several years at Cushman & Wakefield before joining CBRE in 2014.

“I’m really grateful to Mike for all of our success over the last 30 years,” said Richey. “He’s been a tremendous partner in all respects. With his support and dedication, we’ve forged one of the strongest brokerage teams in the country.”

Industry changes Winn has witnessed during his career include the transition from individual brokers to brokerage teams, increases in the percentages institutional investors allocate to commercial real estate and a greater emphasis on consulting. “Our team would close 22 to 26 transactions a year, but we would touch over 100 transactions,” he said, explaining clients require more information than ever before. “So, we’re doing a lot more work, but what that does is it gives you the relationship with the client.”

Denver has changed, too. “Thirty years ago, Denver was a big town and perceived as very, very volatile, up and down, boom and bust. Today it’s a small city, much more diversified, stable, much more drawing the attention of every corner of the globe,” said Winn.

“Obviously, the whole world is hurting right now, but I think Denver is going to outperform most other cities in the United States. We’ve got great access to outdoor recreation, we’ve got all the things that are going to continue to attract millennials, and the millennials are attracting the employers. I think Denver has a very bright future,” he said.