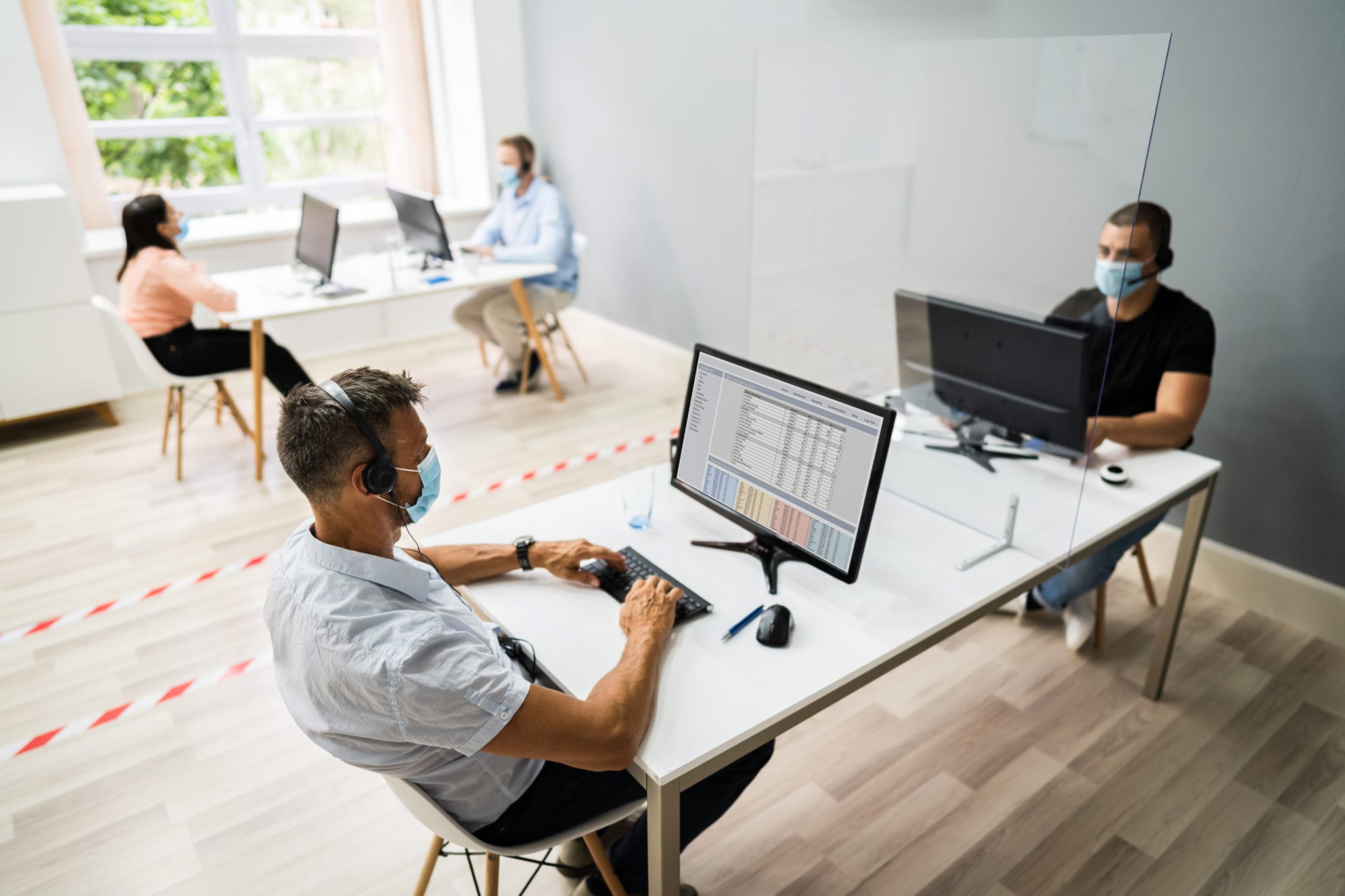 Many businesses still believe that office space is essential, even with less density and virus-era restrictions. 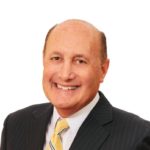 The American office space is nothing if not resilient.

It’s been battered and bruised, opened, closed and opened again. It’s been downsized, marginalized, stripped down and sterilized – and still, it endures. Despite changes in technology, culture, design and, ultimately, a pandemic, the office remains vital to American business, and it is not going away. But its durability is being tested, and we can only guess as to what it might look like when office buildings settle into yet another new normal.

That’s the good news, or part of it anyway. Unfortunately, some numbing statistics may be the harbinger of the storm before the calm.

According to the Colorado Department of Health and Environment, at the time of this writing, one in four Coloradans “is infected and contagious” with COVID-19 while the state’s modified status level rests on red, or “severe risk.” With the holiday season in full swing, and several months of cold weather ahead, it is at least plausible to assume that those numbers may not begin to flatten during the winter. That’s the reality from the public health perspective, which is the primary driver for how we all live and work today.

From an office market perspective, fundamentals, although currently dismal, may shed some daylight on an otherwise equally gloomy forecast.

Denver’s nonfarm unemployment rate closed out the third quarter at 7.5%, according to the Colorado Department of Labor and Employment. Considering that the metro area was enjoying a jobless rate of approximately 3% in January, the precipitous fall here seems catastrophic. In context, that same rate topped out at about 11.5% in April, so Denver has recovered a significant number of jobs lost over that period, outpacing both state and national claims. That may be a thin silver lining, but it’s healthier than many other major U.S. markets, a testament to the longevity of Colorado’s sturdy prepandemic economy.

While there is hope that further recovery will continue to be linked to those economic factors, other third-quarter fundamentals may not echo that sentiment in the near term.

Total third-quarter vacancy was just over 16% with sublease space being the chief culprit. A whopping 4.7 million square feet of sublease space has landed in the Denver office market year-to-date, some 29% up from second quarter. And negative net absorption continued to trend downward to over 1 million sf, an unthinkable prepandemic metric. Average asking rates hover at around $29 per square foot, not a startling change from last quarter, but enough to make landlords even more jumpy as market leverage shifts toward tenants.

Overall, third-quarter data reveal some ugly developments, but it’s only one quarter. And statistics don’t tell the entire story. There are a number of “soft” indicators, which may mitigate the sting of office market statistics nationwide.

Amazon, for example, plans to acquire office space nationwide for 3,500 new workers at a price tag of $4.1 billon. Amazon, in addition to other tech giants Google, Apple and Facebook, are taking large blocks of office space in New York City, “making a bold contrarian bet that Manhattan will bounce back and there will still be a need for people to work in offices,” according to a recent piece in Forbes magazine.

Those may be risky moves for big tech players, but they are not frequently wrong when acquiring commercial real estate. The fact that these companies are betting high on New York is even more enlightening. The Big Apple’s third-quarter office market statistics are far more dire than those of metro Denver. That is not to suggest that Denver and New York City are on an even scale when it comes to office space. They are not, of course. But if the term “faith” keeps creeping into the conversation for post-pandemic New York City, it certainly can apply to Denver as well.

Consider this statement from the same Forbes article on why companies are so attracted to New York City: “They appreciate the deep pool of talent to draw from. The city offers a unique culture, diversity and energy that can’t be found in many other places.”

Sound familiar? Throw in “a great climate and world class leisure and recreation” and one could easily be boasting of metro Denver.

The point is, Denver’s overall recovery factors are extremely high, not only for its portfolio of office buildings, but for its work-life balance. Tech companies have been relocating here for the better part of a decade, and that will continue during the remainder of the pandemic, and after. There is exceptional value in real estate here. The cost of living is favorable. There are good schools, a diversified economy, room for smart growth and, of course, that Colorado “vibe.” Intangible as that may be, it is a crucial factor for dozens of companies with a focus on more than just the bottom line.

Silicon Valley giant Palantir Technologies has garnered the most attention since its relocation here, but it is just one of many tech firms, including startups, bullish on the future of metro Denver.

LogistiCare, Marqeta, AgentSync, Todyl and others have chosen Denver as a new landing spot, while Amazon will add to its existing portfolio here.

Hard data aside, there are two dominant factors that likely will determine the durability of office space as we know it. The first is the human factor and how it relates to the office. This has been discussed ad nauseam from every conceivable perspective.

There is no doubt that ad hoc creativity is being severely limited by remote working. The Zoom experience is both exhausting and vital. Suffice it to say that humans are creatures of habit, accustomed to living and working with each other, communicating, exchanging ideas and solving problems. This is not going to change.

The second factor is the virus itself. There just is no telling what will happen next. One certainty is that deals still are being done despite the level of hardship. And yes, there will be a vaccine. There will be a new face in the Oval Office. There will be renewed hope and faith. And once those health and safety boxes are checked and rechecked, metro Denver office space will reveal just how resilient it really is.