Denver rises to a top 10 market for tech talent 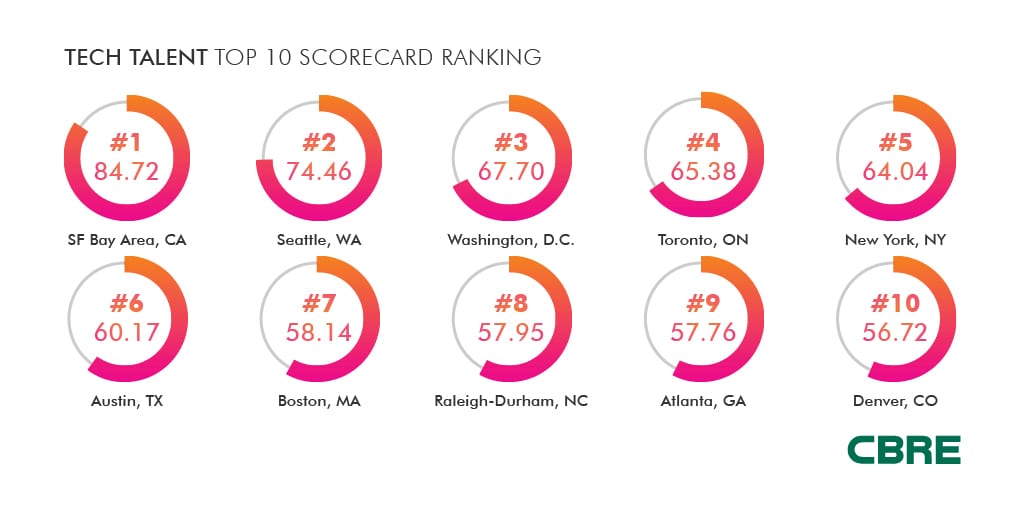 For the first time, the Denver/Boulder area broke into the top 10 on CBRE’s annual Scoring Tech Talent report, which ranks 50 U.S. and Canadian markets according to their ability to attract and grew tech talent. 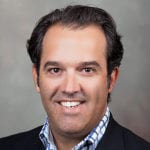 For anyone working with tech companies in metro Denver commercial real estate, it’s been obvious. The tech sector here is booming. Almost every day there’s news of another company opening a Front Range office, expanding its headcount, securing funding or launching an initial public offering. It’s exciting, but it’s important to understand that this type of growth doesn’t just happen. The tech industry’s growth in Denver and Boulder is a result of several factors, perhaps most notably our supply of tech talent.

For the past six years, our firm has conducted an annual Scoring Tech Talent report, which ranks 50 U.S. and Canadian markets according to their ability to attract and grow tech talent. While Denver has steadily climbed in the rankings over the years, 2018 was the first time Denver/Boulder broke into the top 10, putting a hard metric on the momentum all of us working in the tech sector have felt intangibly for a long time.

Tech labor concentration – or the percentage of total employment dedicated to the tech sector – is an influential factor in how “tech centric” a market is and its growth potential. Metro Denver has a tech talent labor pool of 99,760, which equates to 6.2 percent of our total employment, placing us among the top 10 most tech-concentrated markets in North America, and well above the national average of 3.5 percent. 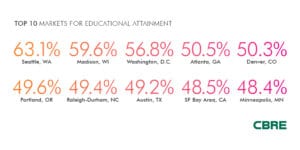 In terms of tech wage growth, which helps a city attract and retain tech talent, metro Denver’s average annual tech wage now tops $100,000, ranking 10th out of the 50 markets we studied. That marks a 15 percent increase in tech wage growth over the last five years. This is key to attracting talent to our market from coastal cities where employees may be used to higher wages. Tech wage growth also is important in the face of Denver and Boulder’s rising housing costs, allowing tech employees to continue to afford the quality of life that likely attracted them to Colorado in the first place.

In total, metro Denver’s tech labor force grew 23.8 percent (adding 19,200 workers) over the past five years, putting us among the fastest of North American tech markets. The metro area also was called out for producing a strong number of tech graduates while also drawing talent from outside our market who are attracted to the job opportunities available in Colorado. According to our research, the Denver/Boulder area added over 1,500 more tech jobs than we had tech graduates during the past five years – a phenomenon we refer to as “brain gain.” We are fortunate in our community to have high-quality institutions like the University of Colorado, Colorado State University and University of Denver, among others, which are serving to educate and inspire society’s next round of entrepreneurs and change-makers.

Our region’s availability of tech jobs also is helping to attract millennials – one of the most sought-after cohorts for tech employers. Metro Denver saw a 6.8 percent increase in its millennial population change in the past five years; that’s nearly double the U.S. average, which is only 3.7 percent.

While tech talent is a vital part of the equation in continuing to grow Colorado’s tech sector, we know there are many other factors also contributing to our rise on the national stage. One of the strongest being the supportive entrepreneurial culture in our region. Nowhere else in the nation can startups access the same level of resources as what’s available here in Colorado. From experienced entrepreneurs willing to lend advice to an endless amount of meet-up and networking groups, we are a community that wants to see other tech companies thrive. Organizations like the Blackstone Entrepreneurs Network and the Boulder and Denver startup weeks are truly unique offerings that set us apart.

So what does this mean for the future of metro Denver’s tech sector? It means continued growth. It means we anticipate seeing even more tech firms launching here, relocating here or opening a new presence here to take advantage of Colorado’s outstanding tech talent pipeline and supportive entrepreneurial culture. So sit back, grab your newspaper or your tablet, and get used to those tech-driven headlines; they are only going to get more frequent. 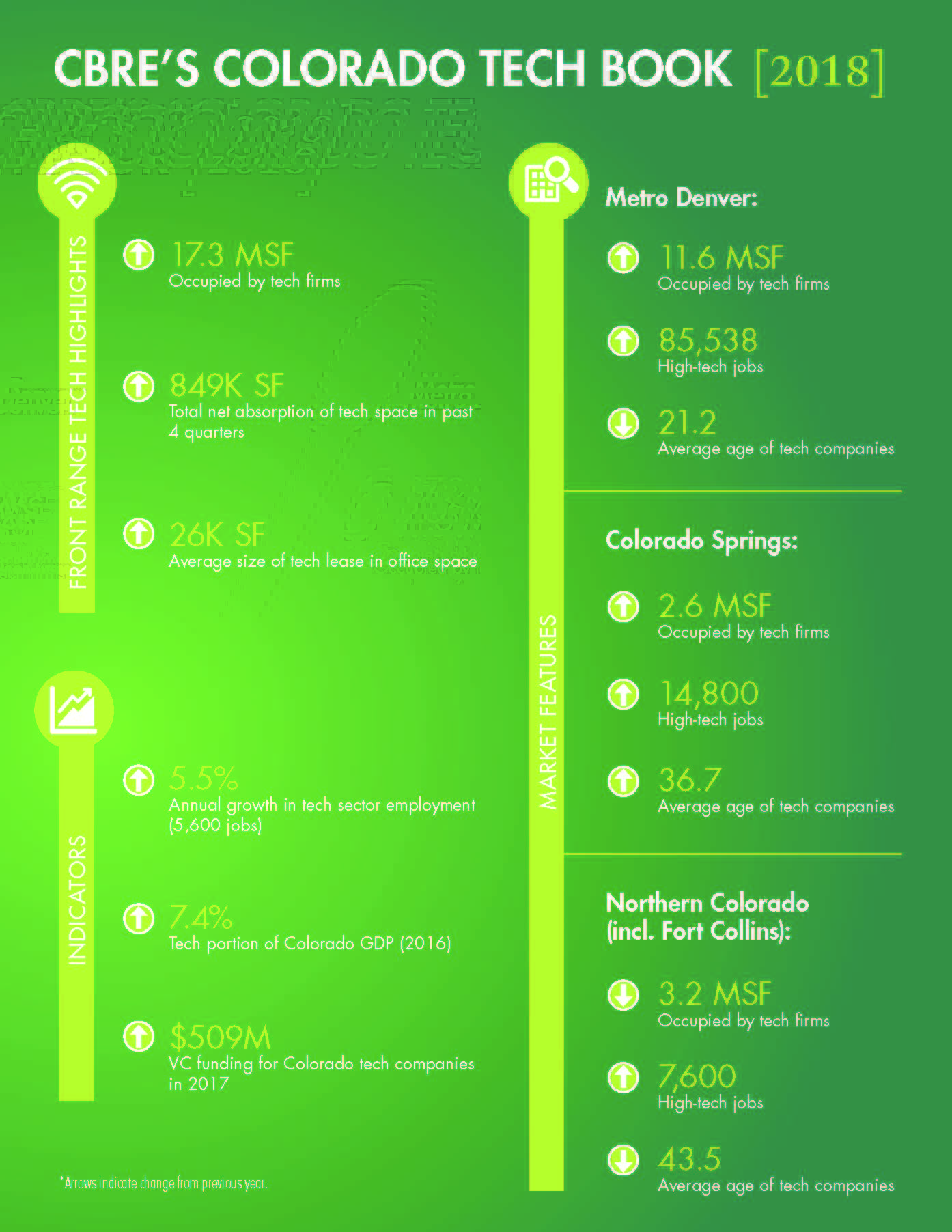 Findings from CBRE’s Colorado tech report, which studies the growth and changes in the local tech sector over the past four quarters. This year’s report found annual absorption of office space by tech companies, which represents the incremental space they occupied, was more than double the previous year, hitting 849,000 square feet from third-quarter 2017 thru the second quarter. Researchers also tracked at least 22 tech firms that opened a new Colorado office or relocated their headquarters to the state in the past year.